Lucasfilm creative Dave Filoni first introduced Anakin Skywalker’s apprentice, Ahsoka Tano, in the animated Star Wars: The Clone Wars. She quickly became a fan-favorite character to the point that Filoni strategically deployed her in his follow-up project Star Wars: Rebels. Throughout the character’s popular lifespan, fans have been clamoring for a live-action version. Now, they’ll get their wish.

/Film reports that Rosario Dawson has been cast as Ahsoka Tano in Season 2 of Disney+’s The Mandalorian. You may take a moment to do the happy dance if you please. Specific details are scarce but /Film says they’ve confirmed the news with two separate sources. Lucasfilm did not immediately respond to Observer’s request for comment.

Ahsoka was voiced by Ashley Eckstein in the animated series. Dawson, who has spent time in the Marvel Cinematic Universe as well, was first mentioned as a possible live-action Ahsoka in 2017 by a fan on Twitter—a suggestion the actress wholeheartedly embraced. The fancast took the Internet by storm and soon fan campaigns calling for Dawson to be cast sprang up.

For those that are unfamiliar with Ahsoka Tano, she was first introduced as Anakin Skywalker’s apprentice in The Clone Wars. She was co-created by Filoni and George Lucas and quickly became one of the most popular characters in Star Wars canon thanks to her heart, complexity, and capability. However, feeling betrayed by the Jedi Order for a lack of support after she was framed for a crime she did not commit, she left the Order.

Her adventures continued, though, and the last we saw of her she was setting off for the Unknown Regions with Sabine Wren to find the missing Rebels protagonist Ezra Bridger. Could The Mandalorian also introduce live-action versions of other fan-favorite animated characters? Former Disney CEO Bob Iger did say last month that “The Mandalorian season 2 coming in October, and then more coming from The Mandalorian thereafter, including the possibility of – infusing it with more characters and the possibility of taking those characters in their own direction in terms of series.”

Filoni served as a writer, producer and director on the first season of The Mandalorian, even making his live-action directorial debut. He’ll return in a similar capacity for Season 2. 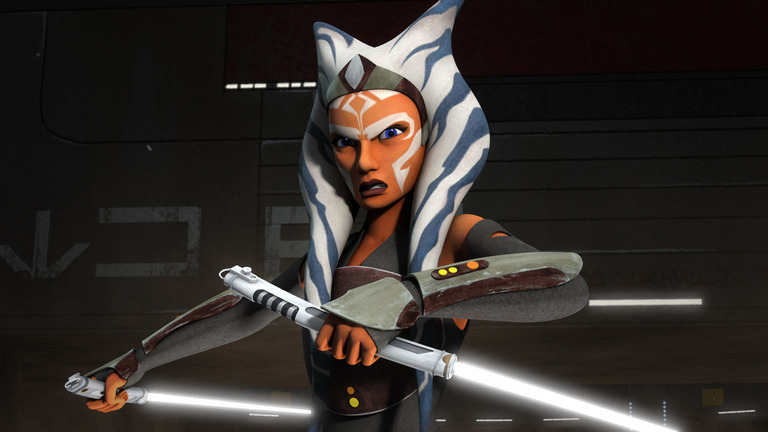