If there is one lesson we, as Americans, have learned by living through war, economic recession and the Tide Pod Challenge, it’s that humor is crucial to enduring hardship. We never would have survived the first Kim and Kanye Baby Watch in 2013 without the global ear-worm tunes of Frozen, and many parents would have never survived Frozen without stiff margaritas. When life tests us, we ease the pain.

The coronavirus pandemic is a global disaster wreaking havoc on our daily lives. The virus has killed thousands and isolated millions, the travel industry has ground to a halt, businesses are closing nationwide and Hollywood is staring at a potential $20 billion loss this year, while many productions are delayed or canceled. Even sports fans have lost out as the NCAA opted to cancel the annual March Madness Tournament. So in an effort to briefly fill that void in your lives, we’ve cooked up our very own March Madness tournament that pits some of the best and biggest disaster movie blockbusters against one another for pandemic supremacy. In isolation, movies are one of the few things we have control over, after all.

SEE ALSO: All of Hollywood’s Major Cancellations & Delays Caused by the Coronavirus

For the purposes of this elimination exercise, we’re using the term “disaster movie” as something of a catch-all. It applies to both post-apocalyptic and dystopian futures such as the Mad Max universe, as well as extreme and surreal challenges that pose a direct threat to our character’s lives (Gravity) and potentially the rest of the human race (2012). Our brackets include environmental threats, extraterrestrial invasions, killer robots from the future, man-made destruction and more.

We’ve put together a seeded hierarchy of 32 disaster movies that represent some of the best (and most hilarious) the genre has to offer. The result is a series of matchups that will test your mettle as a fan and the boredom you’re likely facing cooped up inside for hours on end.

Here’s a link to download the blank bracket so you can play for yourself.

And here are the completed brackets of some Observer staff writers with the reasoning behind their champions.

I came for the song, I stayed for the song, I spent months annoying my older brother by singing the song over and over. Sometimes a movie is made by its music; for me, a disaster movie is made by its ability to make me weep with relief to an emotional score. This one was brought to life by a little ditty inspired by James Brolin’s undying love for Barbra Streisand as revealed to Barbara Walters (true story), then recorded by Aerosmith. Oh what, this was about movie quality not musical quality? Well I think we can at least agree it kills ‘My Heart Will Go On.”

Not every disaster movie gets to have its computer-generated scenes circulated across social media as hoax news footage during a true disaster. Remember photos of the Statue of Liberty withstanding 50-foot waves going viral on Twitter during Hurricane Sandy? They came from The Day After Tomorrow. Thinking about this 2004 film still gives me slight chills every time I walk by the New York Public Library and other NYC landmarks destroyed in the movie. Also, global warning is a very real threat.

Trying to decide between all of these movies was super difficult, mainly because I’ve only ever seen two of them. But I feel confident enough in my expertise in film to say definitively that of all these movies—most of which I’ve never heard of—Titanic is the one to watch in the age of coronavirus. You may think I’m only saying this because Titanic is one of the only two movies I’ve seen, but actually I’m saying it in the hopes that maybe, between the iceberg thing and the coronavirus thing, people will finally stop going on cruises.

There are movies in this bracket that are technically better-made than The Hunger Games, but when considering the potency of a great disaster movie, you have to forget about monsters and tidal waves and focus on the figure who makes the strongest argument for humility, bravery and solidarity in the face of near-certain annihilation. As Katniss Everdeen, the hyper-competent hunter whose skills are forged in the aftermath of America’s collapse, Jennifer Lawrence delivers a rare quality in a cinematic heroine: pure venom. Katniss is pissed off about everything and shoved hard into narratives she can’t control, but the most potent thing about The Hunger Games is its total acceptance of its lead character’s lack of hope. The day can’t be saved, we’ve already lost; but sometimes, some things can be salvaged.

I’m usually not a fan of the Too Close To Home genre, but Outbreak is a close second place and worth a rewatch if only to make everyone stay the hell inside. That said, Independence Day wins for me because it’s the kind of escapism we all need. It’s the most unlikely and fantastical of all of the disaster movies not because of the aliens, but because the disaster is not the result of human stupidity. It also feels improbable that while these characters face end times, humans band together across borders to fight the common enemy. Could you imagine? Yesterday it was confirmed that Trump tried to buy the exclusive rights to a Covid-19 vaccine from a German medical company to develop the vaccine for the U.S. only. By comparison, the cooperative Earthlings of Independence Day have built a utopia of shared intelligence and defense resources. I think we all deserve to indulge ourselves in such a feel-good film.

“Each piece has to have a logic that explained how it survived the apocalypse, whether a weapon, a pair of glasses, or Furiosa’s mechanical arm,” Mad Max director George Miller once said, explaining one of the rules that helped him create his 2015 action sensation Fury Road. This is one of the most chaotic and explosive movies ever made, but it’s also governed by a rigid moral code; not once are we ever made to feel anything but horrified at the unjust brutality we see on screen or the tyranny exhibited by the film’s villains. Mad Max: Fury Road isn’t a disaster movie in the sense that the disaster is a single event unfolding in its horrifying totality; the film series is a warning that society itself could be the disaster, if we break too many of the most important rules.

There’s an Alexa in every home spying on our conversations, our iPhones collect every relevant piece of information about us and Elon Musk is just arrogant enough to plunge us into the robot apocalypse. I’d say we’re a lot closer to James Cameron’s Terminator than any other worst-case scenario. Disease is outside of humanity’s control, but our own ambitions are often our greatest folly. Nowhere is that more prevalent than in our race to create ease and convenience in our lives through technology. But by saturating our daily lives with automated solutions, we may very well be blind to what we’ve already lost. 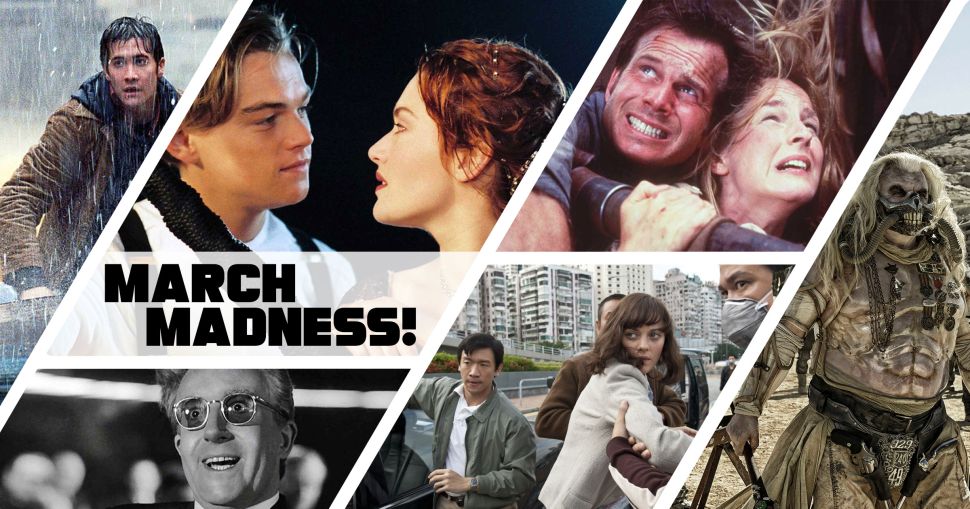