Since the coronavirus outbreak in the U.S., the Centers for Disease Control and Prevention (CDC) has insistently advised against wearing a face mask if you are healthy. But with COVID-19 transmitting among sick patients and asymptotic carriers alike, how do you know? As infected cases keep rising and show no sign of slowing down, demand for N95 respirators, the gold standard for pandemic protection, is bound to skyrocket in the coming days.

However, 3M Co., one of the best-known brands making these face masks, is doing a poor job of ensuring that enough N95 respirators will be available at a reasonable price, according to billionaire entrepreneur Mark Cuban, who has been working with a nonprofit to source N95 masks and other medical supplies for health care workers.

In an interview with Bloomberg on Saturday, Cuban called out 3M’s distribution model that he said could allow price gouging at the retail level and hamper hospitals’ access to the protective gear.

“3M lists all its distributors online, the ones buying and selling these things, and these distributors are making as much money as they possibly can. It’s wrong, it’s criminal,” Cuban said in the interview. “It’s operating like an illegal drug market, not a legitimate market. I get wanting to make millions of dollars, but people are dying.”

Cuban said he realized the problem of N95 distribution after receiving an influx of emails from third-party sellers trying to sell him these masks at inflated prices.

“I have emails saying, ‘I have a 100,000 masks per sale at $8 per piece.’ I would ask if these were 3M masks, N95s, and if they could prove it. I literally have been offered billions of masks at premium prices from $4 to $8, million-dollar minimum orders, who knows what’s real,” he said. For comparison, just six weeks ago, a N95 respirator could be bought at pharmacies for $1.25.

3M hasn’t directly responded to Cuban’s criticism. On March 20, CEO Mike Roman announced that the company would double global production of N95 masks to about 100 million a month through the end of 2020.

“It would have been very easy for them to say very strongly, ‘If you don’t sell if you don’t take the inventory we’re providing you and sell directly to hospitals and healthcare providers that need the masks, when your contract comes up, we’re going to end that contract,'” Cuban told Fox News. on the same day of 3M’s announcement. “But that’s not what they did. And I have a huge problem with that. ”

“I’m excited that 3M has increased capacity. But supply hasn’t been matched with demand,” he told Bloomberg in the latest interview. “Why is 3M not telling distributors, pick up the phone, sell your inventory to the hospitals, or will never let you buy more product?”

In a letter to Attorney General William Barr, who condemned 3M for profiting from the pandemic, last week, Roman said 3M has not increased prices due to the coronavirus. “3M will not increase its current pricing for respirators being used to help address the pandemic,” he promised.

Per Bloomberg, Cuban has been in touch with “higher ups” at the White House about price gouging among face mask distributors but hasn’t started on any specific effort with the Trump administration. 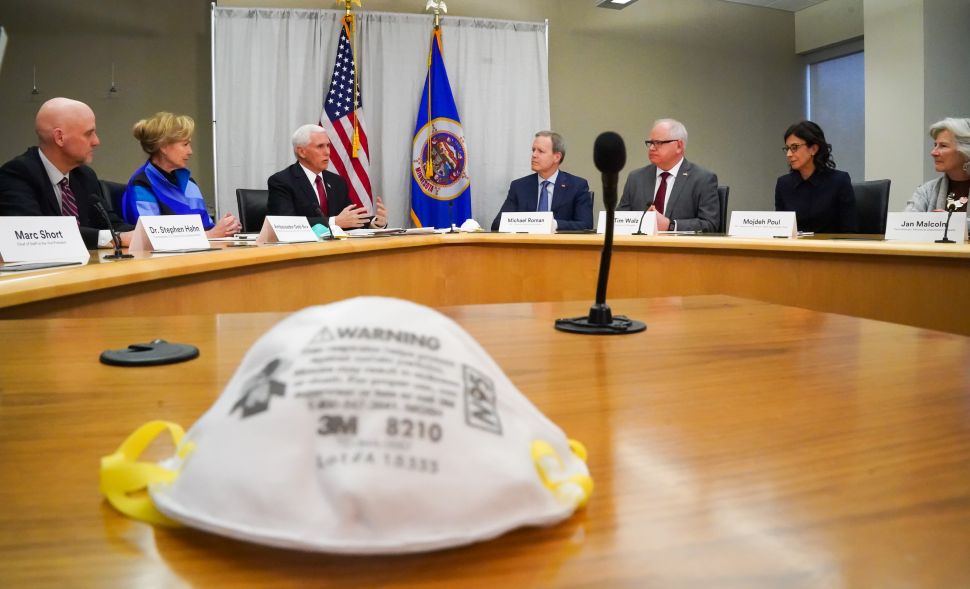