Over the first 11 years of its existence, the Marvel Cinematic Universe’s 23 films all built to one central conflict known as the Infinity Saga. Spearheaded by the franchise’s primary antagonist Thanos, the billion-dollar blockbusters each added a small piece to the puzzle until it all culminated in Avengers: Infinity War and Avengers: Endgame. This interconnected storyline proved effective as the MCU has become the single-most successful creation in Hollywood history.

But with Thanos defeated and Iron Man and Captain America out of the picture, many of the MCU’s foundational pieces are gone. To carry the momentum forward and match the level of success Marvel has become accustomed to, studio head Kevin Feige is going to need to introduce an equally powerful villain and all-engrossing storyline to drive the next few phases of storytelling. We questioned a panel of experts to try and predict what those missing pieces might be. 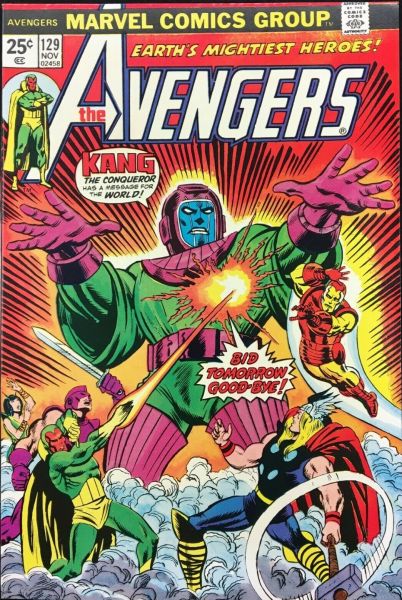 “It really sounds like they’re starting to set up Kang, with the Time Variance Authority in Loki,” Conrad told Observer. “They’re also developing Young Avengers (built up with the Disney+ shows) and Kang has been a villain in Young Avengers as well. With all the time/multiverse focus right now, Kang makes the most sense as the next big bad.”

For those unfamiliar with Kang the Conquerer, the character has become a fan-favorite comic villain who has yet to make his live-action debut. One time-traveling iteration of Nathaniel Richards, a descendant of Fantastic Four team leader Reed Richards, founds the Young Avengers in his youth before going on to become the iconic character Kang the Conqueror. He is often found skipping through time with the goal of conquering earth at different historical intervals.

Conrad is right to point out Disney+’s role in the future of the MCU. Marvel currently has eight blockbuster Marvel series in development. Combined with the studio’s planned big screen output, it raises the question of how much Marvel is too much Marvel?

“First, I suspect Marvel will focus on shorter-term big baddies rather than another 11 year saga,” Phillips told Observer. “The Infinity Saga paid off but it would be a very difficult thing to pull off twice. I definitely think they will try to connect some films together—again using the Avengers films as the book ends—but I would be surprised if they tried something with the scope and ambition of the Infinity Stones.”

He continued: “On the plus side, Marvel is full of great villains and the MCU has done an amazing job of portraying their villains as engaging and interesting characters (with a few lame exceptions).”

Phillips believes there are three categories of potential major villains that can drive the next MCU phases. The first are cosmic-level threats that approach the scope and audacity of Thanos and that includes Mephisto (who Christian Bale may be playing in Thor: Love and Thunder), Galactus (a fan-favorite villain whose rights came to Disney in the Fox sale), and Kang the Conquerer.

The second group of potential central antagonists are major Earth-level threats. Phillips lists the beloved World War Hulk comic storyline as one option alongside newly acquired characters such as Doctor Doom and Magneto. Both characters have been featured prominently in the Fantastic Four and X-Men films, which may give Disney pause, but their name power alone is worth considering.

The last group Phillips suggests is composed of unexpected choices. These include more niche characters such as the Squadron Supreme and the Thunderbolts.

A Celestial from 2014’s Guardians of the Galaxy. Marvel

“It’s tough to predict at this point simply because we’re still waiting to see what their transition out of the Infinity Saga really looks like,” Robbins said. “Black Widow, Eternals, Shang-Chi, Doctor Strange, Spider-Man, Thor and their Disney+ series will seemingly carry the torch for the next couple of years. They have Fantastic Four and X-Men in their arsenal now, and it’s a safe bet we’ll see those characters enter the MCU in the future. How soon that will be is anyone’s guess, but it might make sense for Fantastic Four to be the first.”

One of the major obstacles in Marvel’s future may very well be perception. After more than a decade of unprecedented critical and commercial success, expectations have peaked at unreasonable levels. Over 23 films, the MCU has generated nearly $23 billion at the worldwide box office. Five of the franchise’s last six movies have crossed the vaunted $1 billion mark, Black Panther earned the superhero genre’s very first Best Picture nomination and Avengers: Endgame ($2.79 billion) is the highest-grossing film of all-time. While Marvel Studios can’t be doubted at this point, it’s fair to wonder how long they can sustain this momentum.

“Ultimately, yes, it will be a massive challenge to replicate the success they’ve had over the last decade, but Kevin Feige and his creative teams have established previously unknown characters and storylines in the upper echelon of pop culture once before. It’s reasonable for fans to hope that trend continues, even though it might follow a different path that could potentially include more standalone storylines.”