After climaxing the 11-year Infinity Saga with Avengers: Endgame and its buxom box office performance, Disney and Marvel are lighting up the cinematic equivalent of the post-coital cigarette. Disney+, the company’s flashy new streaming service, will be home to a handful of upcoming blockbuster Marvel miniseries that will serve as a coda to the MCU’s first iteration and a bridge to its next.

First up for the recently consolidated Marvel Studios and its new foray into television is The Falcon and the Winter Soldier, featuring Sam Wilson (Anthony Mackie)—AKA Falcon—and James Buchanan “Bucky” Barnes (Sebastian Stan), the notorious Winter Solider. As the leadoff hitter for the MCU’s fledgling Disney+ empire, The Falcon and the Winter Soldier carries added pressure as a proof-of-concept test. So let’s run down everything we know about the series so far to help determine how and where it fits within Phase IV of the MCU.

When Does The Falcon and the Winter Soldier Premiere on Disney+?

The new series will debut on Disney+ in August and will follow The Mandalorian‘s weekly release schedule for its six big budget episodes. As of right now, there are no plans for a second season, though that could always change.

“I think anything with Marvel, they take it a piece at a time. And they are very story focused. So if it makes sense for a story, they will do it, and if not, they won’t,” director Kari Skogland told TV Guide. “I have no idea what will be next, and I’m sure they would probably say the same thing. It’s like, we’re really working on this right now, with an all-hands-on-deck effort to make it the best it can possibly be. And then of course I hope [we can do more], but [there’s] no word.”

SEE ALSO: Ditch the Other Zombie Shows and Watch ‘Kingdom’ on Netflix Now

Filming began in Atlanta in October. The series had planned to shoot in Puerto Rico in January of this year, but earthquakes disrupted production. Disney then moved the shoot to Prague but have halted production among concerns regarding the coronavirus. Fortunately, the shoot was only meant to last a week and this disruption is not expected to impact the show’s release date.

The Falcon and the Winter Soldier Cast and Crew

In addition to Mackie and Stan, the upcoming MCU miniseries will feature a host of new and familiar faces. Wyatt Russell (Overlord) will star as Agent John Walker, also known as U.S. Agent (more on him later), in the character’s MCU debut. Emily VanCamp (Captain America: Civil War) will return as Sharon Carter while Civil War‘s primary villain, Helmut Zemo (played by Daniel Brühl) will also make a comeback. At SDCC 2019, Marvel also teased that Zemo will indeed be portrayed in a comic-accurate costume at one point.

Other actors confirmed to be joining the series in unspecified roles include Adepero Oduye, Desmond Chiam, Miki Ishikawa, Noah Mills, and Carl Lumbly.

Behind the scenes, Malcolm Spellman (Empire) will serve as showrunner and Kari Skogland (The Handmaid’s Tale, The Punisher) will direct all six episodes. 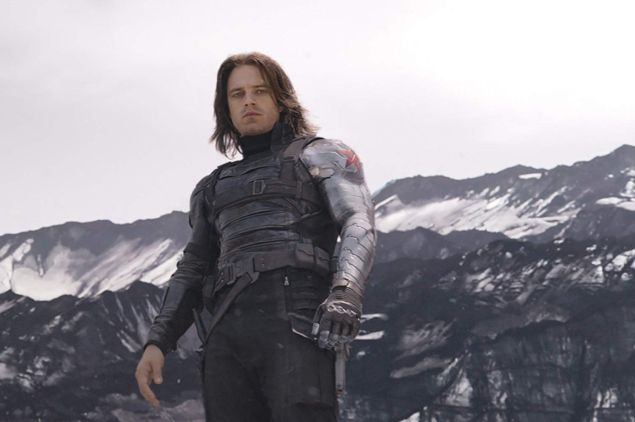 The Falcon and the Winter Soldier Plot

At the conclusion of Avengers: Endgame, Steve Rogers (Chris Evans) chose to pass the Captain America mantle to Sam, as has happened in certain comics storylines. However, as Sam attempts to grow into the role, the government appears to be pushing John Walker (Russell) as the preferred choice to pick up the vibranium shield. Drama, thy name is Marvel.

In the comics, U.S. Agent is an anti-hero and occasional villain. While he may or may not similarly toe the line between good and evil in the show, Zemo is expected to be the primary antagonist. Where Bucky fits in to all of this, besides as an ally and comic foil for Sam, is unclear. Whether or not The Falcon and the Winter Soldier address the Sokovia Accords, which mandated that costumed heroes register with the government, also remains to be seen. So many questions, so few answers.

Spellman told TV Guide at Disney’s D23 expo that the tone of the series follows classic buddy cop films such as Lethal Weapon, Bad Boys, 48 Hrs. and even Beverly Hills Cop. “All those great two-handers, we literally posted them up on the wall. They all come into a funnel, and probably Lethal Weapon is the closest,” he told the outlet.

Skogland, meanwhile, said that Sam and Bucky’s relationship will be a key point of focus. “They’ve got lots to do together,” she told TV Guide. “After Endgame, you can imagine they have to go on a big journey to figure out the next steps for both of them. So their relationship will be fun to watch, [as well as] troubled. They’re going to go on a wild ride together.”

Skogland also mentioned that the pair will “mourn over” their friendship with Steve. Has Old Man Steve gone to the great dance hall in the sky?

In typical Marvel fashion, little is actually known about the official story. 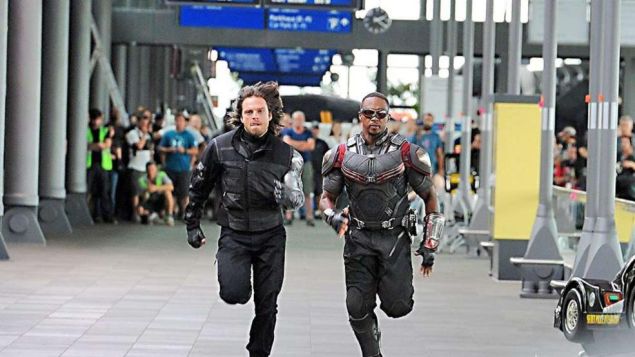 Where Does The Falcon and the Winter Soldier Fit With in the MCU?

Obviously, The Falcon and the Winter Soldier follows two prominent MCU characters in…the falcon and the winter soldier. The series will take place some time after Avengers: Engame, though how much time is unknown.

Beyond the obvious connections, John Walker was trained by Taskmaster in the comics, a character who just so happens to be making their MCU debut in May’s Black Widow. That film takes place shortly after Civil War, but Walker could easily have been working with Taskmaster in the years leading up to Civil War.