In the hands of a lesser writer, the book could have turned into a preachy assessment of platforms and digital phenomena that have been explored ad nauseum in op-eds. Yet South’s vibrant collection is awash with zinging sentences, formal creativity, and conceptual verve. The writer both grounds her tales in precise contemporary detail and infuses her language with incredible imagination.

One of the collection’s strongest stories, “Camp Jabberwocky for Recovering Internet Trolls,” is a wild amalgam of forms and ideas. South gives us a detective story, a road trip narrative, three different points of view, a reform camp for cyberbullies named after a Lewis Carroll poem, and a keen dissection of family dynamics. It’s a lot to pull off in under 30 pages, yet South nails it.

“Camp Jabberwocky” follows three counselors as they drive around Martha’s Vineyard and Chappaquiddick, searching for an absconded camper: the perfectly named Rex Hasselbach.

South dips into each counselor’s perspective, lightly outlining his or her interpersonal struggles. She peppers the story with funny, surprising descriptions. “In a few years she’d become the kind of woman who measured her life in Labradoodles,” South writes about counselor Bev. Her fellow protagonists include her lover Laird Hunt and the young Clayton Wheeler, who wishes he was home smoking a joint and composing “kinky love letters in longhand to his girlfriend overseas.”

The eclectic trio enjoys a philosophical conversation about alpacas, crashes a wedding, and heads to the beach. Their campers—wealthy teen cyberbullies—loom in the story’s background. The story is ultimately about three people on individual, psychological journeys: a theme that predates the internet by millennia.

“Architecture for Monsters” features another road trip that’s more Nabokov than Kerouac. The story starts as a pseudo-journalistic profile of starchitect Helen Dannenforth, whose brutal designs—her “Broken Rib Cage” in Abu Dhabi, for example, or her other “Damaged Organ buildings”—are mocked as “roadkill architecture.” It morphs into a twisted tale about motherhood with a kidnapping and cross country drive at its heart. Again, technological feats are just the scaffolding for a story about family and the intricacies of interpersonal connection.

Motherhood, in fact, emerges as one of South’s great obsessions and most nuanced motifs. A recently deceased mother lurks in the backstory of “You Will Never Be Forgotten,” while “The Promised Hostel” features a woman who’s begun breastfeeding a group of man children after her own baby dies. “Keith Prime” speculates about what motherhood might look like in a dystopian future while the narrator of “Frequently Asked Questions About Your Craniotomy”—a story that takes the form of an FAQ on a medical website—wrestles with how to raise children in the face of significant loss. In “Realtor to the Damned,” the possible ghost of a woman plagued by miscarriages explains why “werewolves are a matriarchal society.”

South’s most ghastly matriarch appears in the last story of the collection, the wonderfully spooky “Not Setsuko.” Its narrator, a bereaved mother, takes brutal measures in order to raise her second daughter as a reincarnation of her first daughter, who was murdered at age 9. The distinctions between life and art, reality and fantasy blur as the woman’s husband makes a film that riffs on the couple’s tragic story—with the living daughter playing the murdered one.

South demonstrates an adoration for ghost stories and Gothic literature throughout the book, creating her own rich atmospheres. A telling passage in “Camp Jabberwocky” suggests the complex relationship between contemporary technology and the spiritual realm. In the days of nomadic tribal societies, Clayton thinks, no one had to deal with internet trolls who might “Photoshop a hot dog in your mouth with impunity or tweet that you were a dead ringer for Rob Reiner from All in the Family.” Life was intimate, and people enjoyed a sense of belonging. Today, Clayton muses, “you might easily be forgotten, but you could also carve out your own niche. You might find where you belong.” He finds his own calling at an archeological site, digging up bones.

A preoccupation with ghosts, like too much time spent on Twitter, can distance us from the real world and people around us. Yet we’re compelled to tell fantastical tales, participate in online conversations, and excavate femurs from ancient civilizations as a means of comfort and connection that isn’t otherwise available to us. South’s compassionate, quirky tales give us characters who wrestle with such contradictions in the most interesting ways. 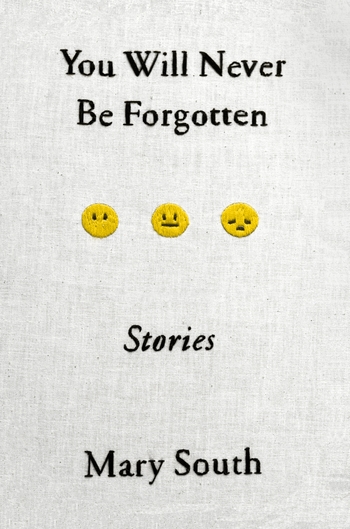