The Duchess of Sussex touched down in the U.K. on Thursday, and she didn’t waste any time getting right to work. Prince Harry and Meghan Markle started off their farewell tour with a private lunch at the Goring, and later that evening headed to the Endeavour Fund Awards.

The Sussexes followed that up with an appearance at the Mountbatten Music Festival on Saturday. Meghan’s official schedule during her time in London isn’t quite as packed as Prince Harry’s, but it turns out she’s keeping quite busy, and still carrying out plenty of royal duties—they’re just not being publicized beforehand.

Harper’s Bazaar previously reported that the Duchess of Sussex is “conducting something private and patronage-related meetings” while she’s in London, and instead of issuing a press release or announcement prior to the events, she’s going a more modern route—Instagram posts.

Yesterday, The Duchess of Sussex, Royal patron of the National Theatre, visited the Immersive Storytelling Studio in London, where emerging technology like Virtual Reality is being used to develop new forms of emotive storytelling. Recently, The Duke and Duchess of Sussex also visited Stanford University where part of their learning journey included a virtual reality presentation that allows the user to experience life through another person’s point of view. The goal of this method of virtual reality is to enable us to better connect and empathise with each other as people, regardless of race, age or nationality. The Duchess is pictured here with Nubiya Brandon and her hologram, featured in the National’s exhibition ‘All Kinds of Limbo’, which is currently being presented at the Tate Modern. Photo © The Duke and Duchess of Sussex / Chris Allerton

On Friday, the SussexRoyal account posted a series of photos of Meghan, who is the Royal Patron of the National Theatre, detailing her visit to the Immersive Storytelling Studio in London. She learned about emerging technology like virtual reality and how it’s used to develop new forms of storytelling. The post also disclosed a little info about the Sussexes’ recent trip to Stanford, and how they saw a virtual reality presentation.

It seems this will be how many of Meghan’s private engagements will be shared, so keep an eye out on Prince Harry and Meghan’s Instagram account over the next few days.

This isn’t new for the Duchess; she’s made private visits to patronages and charities in the past, where they haven’t been publicized until afterwards, when the SussexRoyal account will share a few tidbits. Last November, she went on a previously unannounced visit to sustainable organization Luminary Bakery in London, and more recently, visited The Mayhew Center, an animal welfare charity in London. Both engagements were disclosed afterwards, via social media.

Prince Harry and Meghan are both preparing for a big event tomorrow, as they’re attending the Commonwealth Day service at Westminster Abbey, where they’ll join Queen Elizabeth, Prince Charles, Camilla Parker-Bowles, Prince William and Kate Middleton. It’s the last engagement on their schedule as of now, so it just might be the last time we see the Sussexes performing official royal duties before they step down on March 31. 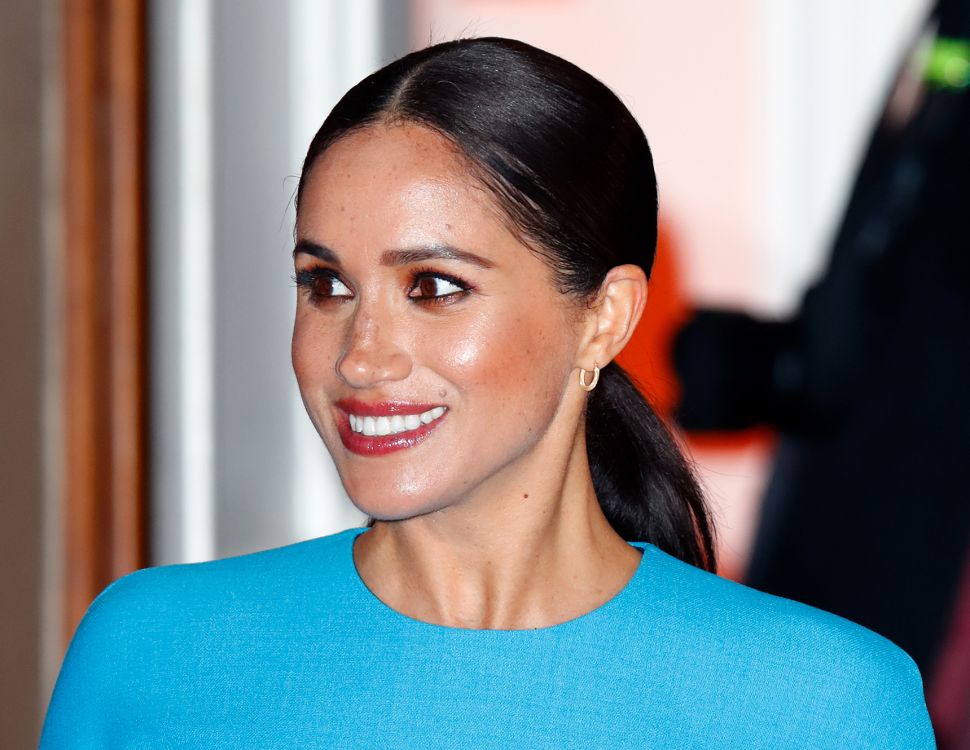