Melissa McCarthy and Ben Falcone already own two homes in Toluca Lake, but the couple just added another Los Angeles property to their real estate collection. McCarthy and Falcone scooped up a four-bedroom, 3.5-bathroom abode in the San Fernando Valley enclave of Valley Village, and they must have been very set on acquiring the home.

The couple paid $2.4 million for the 2,800-square-foot residence, which is more than $200,000 above the most recent $2.189 million price tag, as first spotted by Variety, so perhaps a bidding war broke out on the estate.

A skylit foyer leads into the single-story home, and there are wide plank oak floors and custom paneling throughout.

The home is configured in an open layout, and the airy living space has built-in shelving and plenty of seating areas. The kitchen is fitted with custom white cabinetry and a large center island with breakfast bar seating, while the adjacent skylit set-back dining area has wood-paneled walls.

The master suite has beamed ceilings and one grey-painted wall, with direct access to the backyard via sliding glass doors. The marble-bedecked bathroom is equipped with double vanities, gold-accented fixtures, a modern freestanding soaking tub and a glass-enclosed shower. There are also two walk-in closets with built-ins.

Floor-to-ceiling glass sliding doors lead to the backyard, where there’s a covered al fresco dining and entertaining space, plus a built-in barbecue and a pool and spa.

It’s not clear what, exactly, McCarthy and Falcone plan on using their new purchase for, as they already own a much larger home in Toluca Lake, which they purchased from late actor Alan Thicke for $3.5 million in 2012. The couple also maintain a smaller three-bedroom home elsewhere in the same neighborhood, which they bought for $780,000 back in 2012. They haven’t lived in the more petite abode in a while, as they use it primarily as a rental property—it was last offered as a $10,000 a month short-term lease option in 2019. 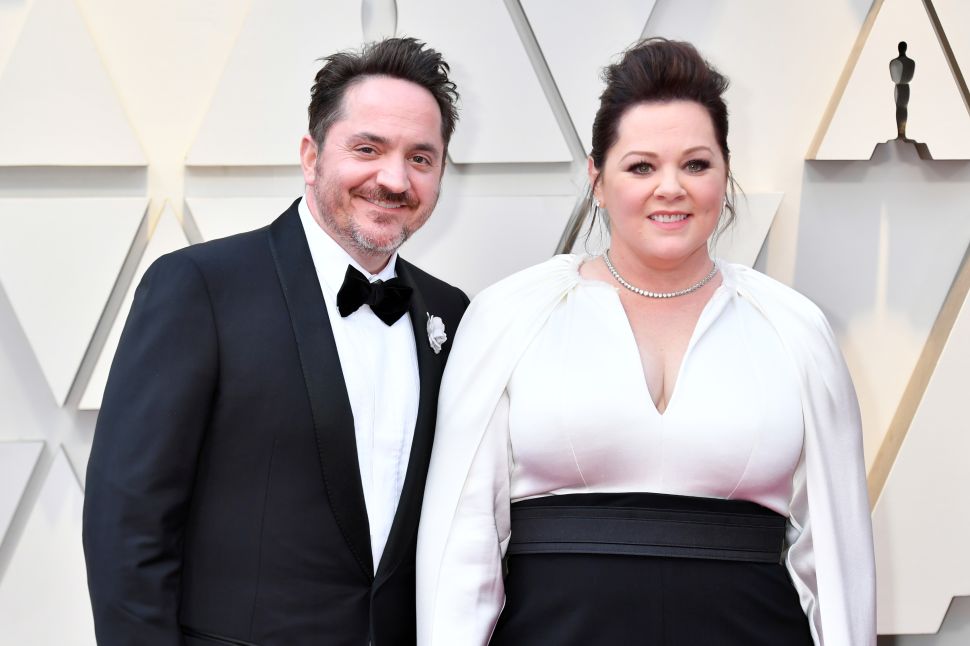