Miley Cyrus has had a tumultuous couple of years in the public eye, but her propensity for self-expression has seemingly never abated throughout her career. Beyond her catalog of rangy pop music, Cyrus has an extensive collection of tattoos, and this week, the musician added to her body art with a tattoo of a nude Matisse figure done by the tattoo artist Nico Bassill. Matisse, who’s of course considered to be one of the most masterful colorists of the 20th century, created nudes that evoked playful emotionality as well as eroticism, so it makes sense that Cyrus would want to pay homage to him.

Confirming via her personal Instagram account that the tattoo is a reference to Matisse’s work Dance Me to the End of Love, Cyrus also quoted the following lyrics by Leonard Cohen: “Dance me to your beauty with a burning violin. Dance me through the panic till I’m gathered safely in. Touch me with your naked hand or touch me with your glove. Dance me to the end of love.”

She’s also certainly not the first celebrity to ever get a tattoo that references a work of art. As part of her performance in the 2014 movie Clouds of Sils Maria, Kristen Stewart got a temporary tattoo of a design from Picasso’s Guernica that she eventually made permanent: the blindingly bright lightbulb that hovers over the rest of the apocalyptic wartime painting. 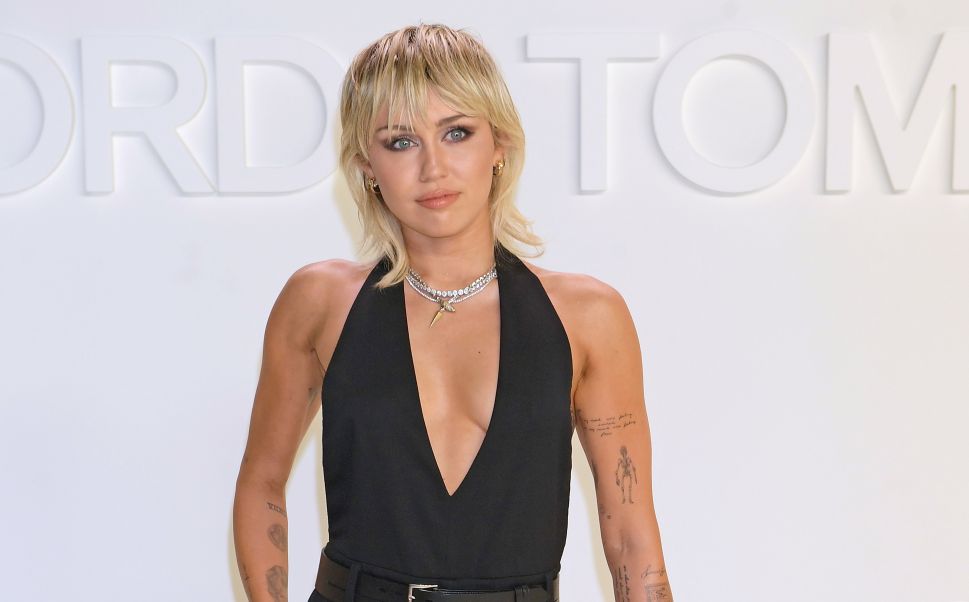