During a week in New York City that’s clustered with exciting art fairs, including the Armory Show, NADA and Independent, UBS bank and Art Basel have released their annual report on the state of the global art market, which was once again authored by cultural economist Clare McAndrew. Interestingly, it appears that art sales in 2019 ended up absorbing some of the overall pessimism that defined the previous year, meaning that worldwide sales decreased from 2018’s $67.4 billion to $64.1 billion in 2019. Despite this flattening in profits, a trend that also evidently emerged was that millennial collectors are currently spending over six times the money on art that baby boomer collectors are, meaning that industry hand-wringing about young people not being interested enough in personal accumulation has been proven practically useless.

The common misconception that millennials are interested in experiences rather than possessions is a convenient myth that masks the fact that many young people aren’t financially equipped to own their own homes or invest in their futures. Even though the art market obviously caters to customers with a lot of spending power, this insidious idea still persists: that’s why it tends to sound surprising whenever reports indicate that millennials are spending significant amounts of money on anything. Plus, recent sources of worldwide anxiety such as climate change, the Hong Kong protests, the American trade tariffs and the spread of the coronavirus have also thrown wrenches in the health of the elite global art trade.

“International cross-border flows of art currently also face a rage of opposing forces, from increasing trade regulation and tariffs, to the drive to purchase more locally to reduce the art market’s impact on the environment,” McAndrew said in a statement. “The globalization of the art market has been key to its expansion over the last 20 years, reducing its downside risk through the support of a more diversified base of buyers and sellers. While these tendencies are unlikely to be challenged in the short-term, rising tariffs and regulations that impede cross border sales may have a negative effect on the market’s growth in future.”

Furthermore, a UBS survey found that last year, 48 percent of collectors used online platforms to purchase art either always or often. Coupled with the spending supremacy of millennials and the continual damage that commercial airline flights inflict upon the environment, it just might be the case that a few decades from now, art collections will be cultivated by people who never leave their homes and displayed online for curious onlookers who never leave their homes either. That is, if a freak tidal wave hasn’t wiped us all out by then. 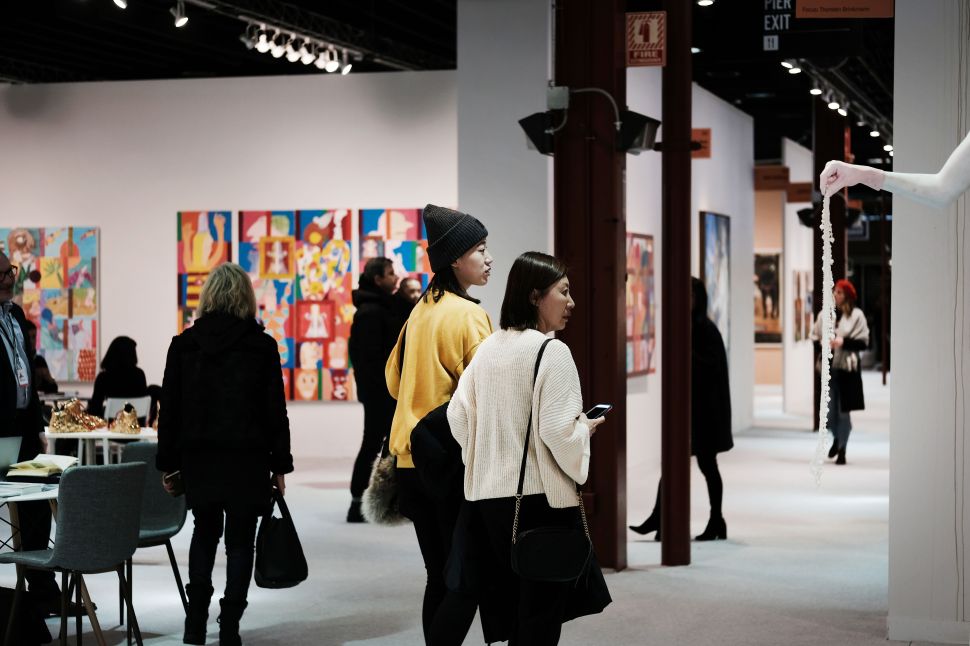