The battle between art and capital is at the very center of Hollywood. Repeatable intellectual property is the name of the game these days. Sometimes, that produces a sequel that actually outshines the original (The Dark Knight), but more often than not, fans are left disappointed while studios make a quick buck. At least that’s how Scarface and Mission: Impossible director Brian De Palma sees it.

His 1996 spy thriller with Tom Cruise was a critical and commercial hit. Cruise, who was segueing into producing his own films at the time, quickly pushed for a blockbuster follow-up, a route De Palma had zero interest in going down.

“Stories, they keep making them longer and longer only for economic reasons,” De Palma told the Associated Press while promoting Are Snakes Necessary?, his newly published novel. “After I made Mission: Impossible, Tom asked me to start working on the next one. I said, ‘Are you kidding? One of these is enough. Why would anybody want to make another one?’ Of course, the reason they make another one is to make money. I was never a movie director to make money, which is the big problem of Hollywood. That’s the corruption of Hollywood.”

Ironically, De Palma is good friends with Star Wars creator George Lucas and even helped compose an early edit of the sci-fi movie’s iconic opening crawl. Star Wars has since become the most iconic American movie franchise in film history with an abundance of sequels (though one might argue that the subsequent trilogies only proved De Palma’s point).

Regardless, the Mission: Impossible franchise has proved surprisingly enduring. De Palma’s original film has given way to five sequels with two more on the way from filmmaker Christopher McQuarrie. His most recent entry in the series, Mission: Impossible—Fallout, is a masterclass in dramatic tension that also set a franchise high at the box office with $791 million worldwide. Occasionally, art and capital can co-exist in a high-quality and commercially successful blockbuster. Though we doubt De Palma will be buying a ticket to the upcoming sequels, he’s still quite happy with his own contribution.

“In my mid-50s doing Carlito’s Way and then Mission: Impossible, it doesn’t get much better than that,” De Palma said. “You have all the power and tools at your disposal. When you have the Hollywood system working for you, you can do some remarkable things. But as your movies become less successful, it gets harder to hold on to the power and you have to start making compromises. I don’t know if you even realize you’re making them. I tend to be very hard-nosed about this. If you have a couple of good decades, that’s good, that’s great.” 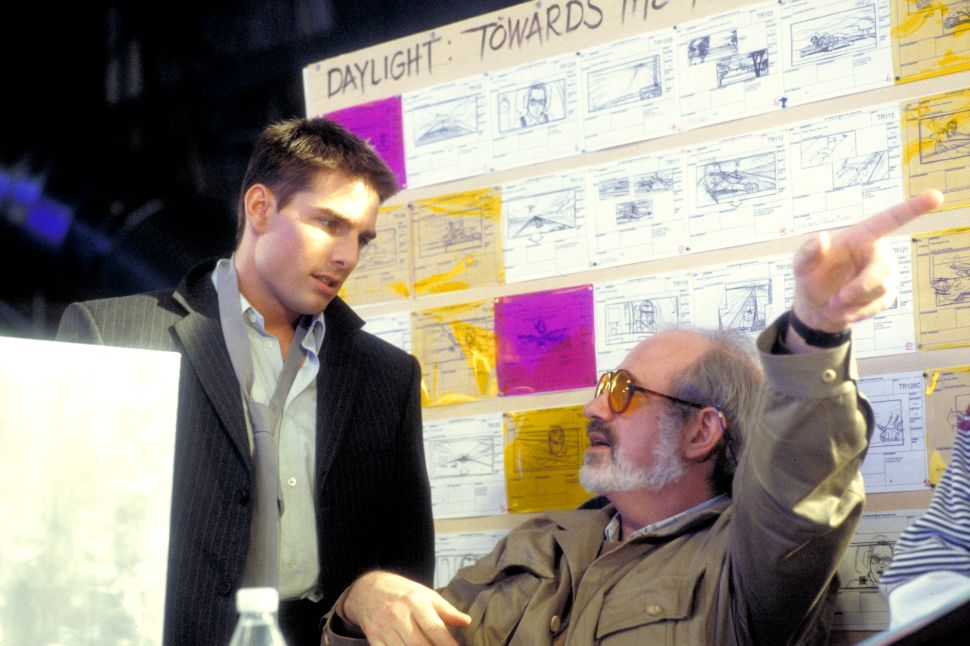