Ever since it was opened to the public in 2017, the Museum of the Bible in Washington, D.C. has been weighed down by allegations of disorganization and a lack of due diligence when it comes to throughly affirming the validity of the items it has on display. The museum isn’t lacking in financial clout: the institution cost approximately $500 million to construct, and it was the brainchild of David Green, the founder of the Hobby Lobby retail chain, but that hasn’t stopped people from pointing out that many of theof the 40,000 items in the museum seems to have been acquired without the appropriate research into the verification of its authenticity. Plus, according to a new report from National Geographic, via a recent investigation done by the museum itself, it’s been discovered that all of the textual fragments in the museum’s “Dead Sea Scroll” collection are fakes.

In its report about the fake Dead Sea Scroll collection items, the museum said that in 2017, they displayed five of the DSS fragments with labels indicating that authenticity had not actually been verified. After a more scientific investigation was conducted, the museum is now acknowledging that the fragments in question are forgeries that were created as recently as the 20th century.

Concerns now lie with the validity of the rest of the collection. According to a 2016 piece by The Atlantic, the museum has essentially been restricting scholars from accessing and studying its material, instead making access exclusive only to those selected by the Green Scholars Initiative, an organization launched in 2010 that was meant to comprehensively and academically study the items in the Green collection. Yet The Atlantic found that the initiative became almost universally populated with “scholars who had never before touched an ancient manuscript,” and there was the suggestion of potentially damaging bias as well: “almost all the institutions with which the initiative’s scholars are affiliated are explicitly Christian, and most are evangelical.” When the museum brought in a five-person team led by art fraud investigator Collette Lol to evaluate the Dead Sea Scrolls, Lol took the job on the condition of total autonomy and transparency. The rest of the collection still remains out of reach to those wishing to carry out rigorous, unaffiliated study of the historical artifacts dating back 3,500 years that they purport to hold. 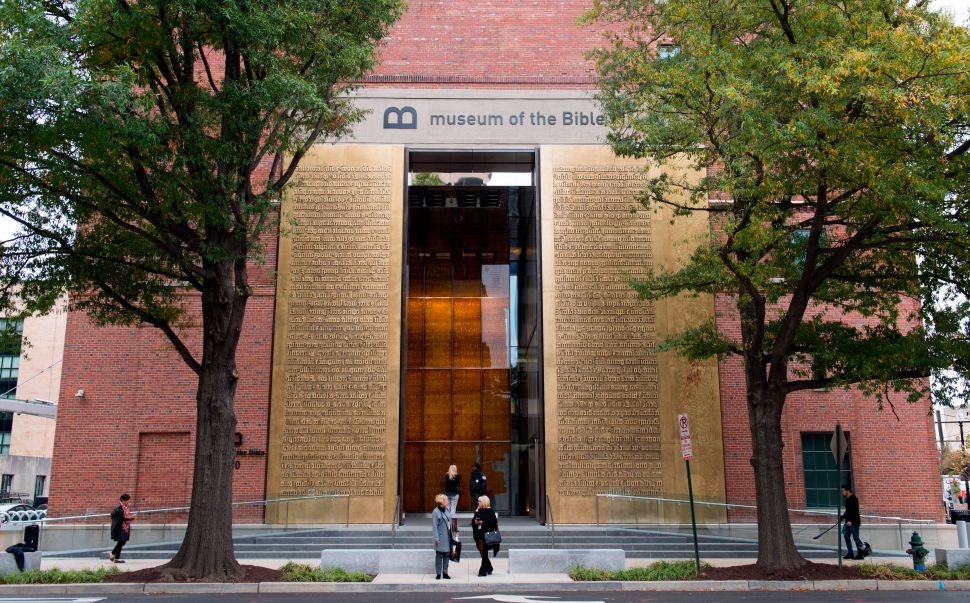