As of Tuesday, March 3, the global spread of coronavirus has claimed the lives of nine Americans and upwards of 3,000 people all around the world, meaning that everyone should be taking extra care when it comes to their health and keeping up-to-date on any indication of an emergence of the virus in their area. In different major cities, certain arts institutions have taken the step of temporarily closing down as a precaution, including the He Art Museum in Foshan, China and the X Museum in Beijing. As of this week, the Louvre museum in Paris has also been closed until further notice, due to the fact that 130 cases of coronavirus have been confirmed in France so far. However, whether American museums like the Met or LACMA will have to take the same precaution remains to be seen.

When a dangerous virus is slowly spreading all over the world, it makes sense that museums would be closed down in the interest of public safety: museums are often huge spaces where hundreds or thousands of people congregate on any given day, making it much easier for viruses to spread. However, given that domestic travel has not yet been restricted within the United States, it’s also important for institutions that serve the public to not overcompensate with their precautions, which could only lead to panic.

The Association of Art Museum Directors, an organization that includes members from the United States, Canada and Mexico, does not currently have any formal advisories to their members in place with respect to the coronavirus, but arts professionals are nonetheless being instructed to remain vigilant. “We are encouraging members to follow an expanded set of best practices: they should remind staff and volunteers to stay home if they don’t feel well, and to seek medical treatment if their symptoms are severe,” Christine Anagnos, the Executive Director of AAMD, told Observer on Tuesday. “And we encourage them to ask staff or volunteers who might have traveled to affected countries (currently listed as China, Iran, South Korea, Italy, Japan, and Hong Kong), or come into close contact with someone who has visited these places, to get tested for the virus and to closely monitor their health.”

“Ultimately,” Anagnos wrote via email, “any decisions about specific steps will need to be made by individual museums based on specific local circumstances.” So as of right now, it’s still safe to hit up new exhibitions and art fairs, but just remember to thoroughly wash your hands. 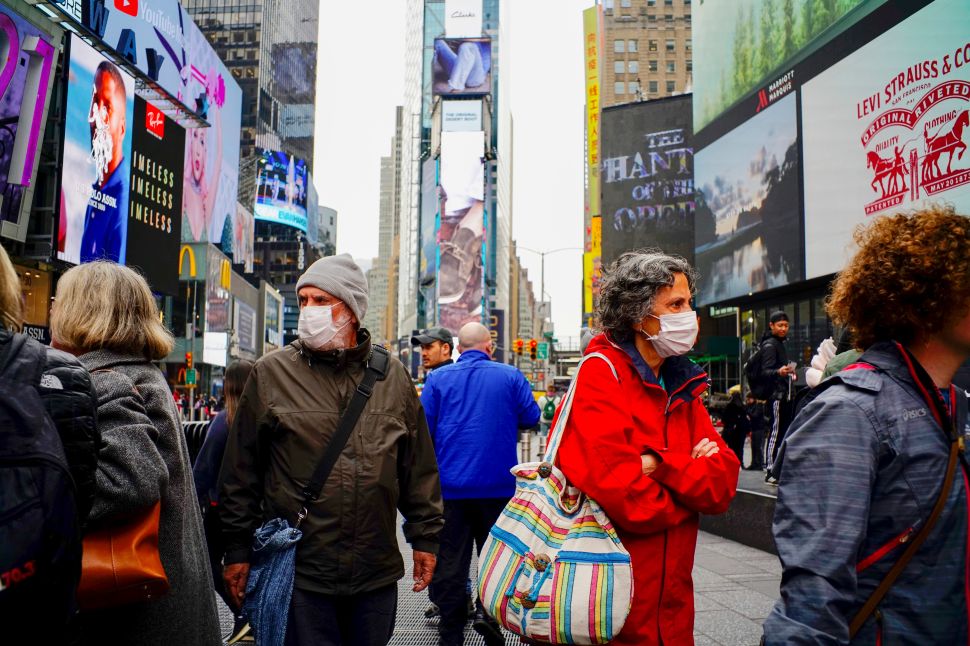