The third season of Castlevania, Netflix’s anime-style adaptation of the popular vampire-hunting video game series, opens with Dracula’s half-human son catching a fish, cooking it, and then sitting down with a glass of wine to eat. It’s a fitting metaphor for the rest of the 10-episode series, which mostly just sets the table for a presumable fourth season—with several gorgeously animated fight scenes that look jaw-dropping despite (or perhaps because of) the weirdly lackadaisical pacing.

This isn’t totally new for Castlevania, which over its first two seasons surprised viewers with both where it was going and how fast it was getting there. The four-episode first season introduced Dracula and then showed how vampire-hunter Trevor Belmont (Richard Armitage), magician Sypha Belnades (Alejandra Reynoso), and Dracula’s estranged son Alucard (James Callis) all met. It’s basically a prologue. Season 2 spends six episodes getting the trio closer to their goal while also building out Dracula’s intrigue-filled vampire court. Then in Episode 7, they storm the castle and kill Dracula in an unexpectedly fast but incredibly satisfying battle that, again, takes just one breakneck episode.

SEE ALSO: HBO Is Turning ‘The Last of Us’ Into a TV Show. Here’s What We Know So Far.

Because Season 2 accelerated so quickly, Season 3 begins with the ostensible main villain of the entire show dead and dealt with, so it’s natural that the series would have to establish some new stakes, if you will. The video games have had over two dozen entries, but they tend to jump around in time by decades or even centuries, meaning the show is largely on its own dealing with the immediate aftermath of Dracula’s seeming defeat.

At first, it seems like Trevor and Sypha, who have started a relationship and are taking their demon-hunting act on the road, will transition the series to more of a monster-of-the-week-type series. But it’s more “monster-of-next-week,” as the pair’s investigation into strange goings-on in a small town occupies them for the full 10 episodes. But at least this plot comes to a conclusion. There are three other major plotlines in Season 3, and all of them have moments of genuine thrills or moving character development, but they’re all largely about establishing what a post-Dracula world looks like, one we’ll fully explore next season.

Alucard, going a little stir-crazy in his father’s old castle, trains two Japanese escapees from another vampire’s court in the art of vampire killing. Hector (Theo James), one of Dracula’s two human generals, deals with his imprisonment in the castle of the turncoat vampire Carmilla (Jaime Murray). Isaac (Adetokumboh M’Cormack), the other, self-loathing human general, is on a journey to finish what Dracula started and gain the power to eliminate the human race. These journeys all have their moments and a lot of promise—and again, the action sequences in this series are beautiful and brutal in ways that most Hollywood blockbusters couldn’t hope to accomplish—but these exciting moments are peppered throughout a season that otherwise feels pretty stagnant. Trevor makes a monster’s head explode with a magical vampire-killing whip that dances across the screen, but you’re wondering when he’ll get to the fireworks factory already.

In many ways, this leisurely, unbothered slowness kind of a strange trait for a series based on a video game to have, as traditionally film and TV adaptations of the medium have been historically bad. Netflix seems to be having some success, as seen with The Witcher’s popularity (if you believe Netflix’s highly secretive, self-determined numbers which is a big if). Even that series, though, makes for a surprisingly slow and casual watching experience, and although it too offers excitement, Season 1 leaves viewers feeling like they’ve just watched a full-length prologue. If you were looking for a common thread of criticism for infamously terrible video game adaptations, it probably wouldn’t be “the pace was too slow” or “it was too meandering.”

Perhaps this is ultimately good, if a little frustrating, as video game adaptations seem to be working for Netflix. The Castlevania franchise, which has sold well upwards of 20 million copies, isn’t like the show. The games aren’t nearly as talky or plot-heavy (although there’s still a lot more to the story than, say, your average Mario game). Instead, they’re a side-scrolling adventure, with gameplay so influential that they’re the partial namesake of a genre known as “Metroidvania.” Would-be vampire hunters explore a maze-like, enemy-infested castle as they pursue Dracula or some other boss monster. They don’t spend hours talking about the vampire’s plans before suddenly leaping into violently efficient action.

Braving each shambling zombie or resurrected skeleton in Dracula’s labyrinthine castle, then hitting the A-button to get a little bit of story dolled out now and then in brief text bubbles, makes for a fun video game, but the TV show needs a little more. And it would be impractical. Castlevania’s fight scenes look elaborate and expensive, so it makes sense that the entire show couldn’t be action-packed. Netflix’s Castlevania works because it’s using its new medium to really explore these characters and this story in a way the games can’t quite. It’s just frustrating, three seasons in, that it still feels like we’re still always about to hit start on Level 1 next season. 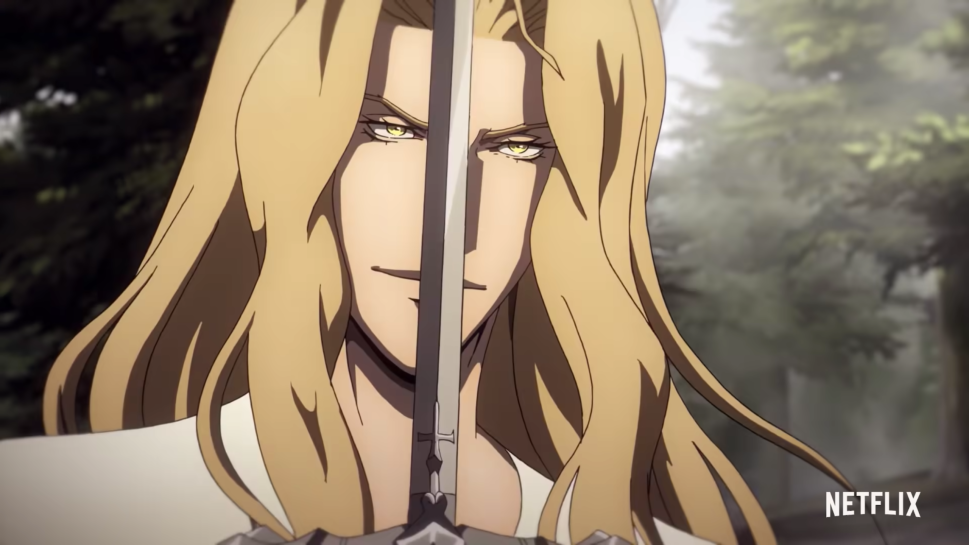