More than 120,000 Hollywood jobs have already been lost due to the coronavirus pandemic, sending shockwaves throughout the film and television realms. Analysts expect the entertainment media industry, valued at $720 billion for 2020, to be staring at losses of $20 billion on the year thanks to the outbreak. The economic hurdles facing everyday workers, especially in the below the line positions, are very real and very dangerous.

In an effort to help the situation, Netflix is setting aside $100 million for a relief fund dedicated to supporting members of the creative community that have been laid off during this unprecedented halt in production, Variety reports. Netflix has ceased all production in the U.S. and Canada and recently made the decision to suspend filming on Season 2 of The Witcher in the U.K.

SEE ALSO: Another Big Royal Event at Buckingham Palace Is Canceled Because of Coronavirus

“The Covid-19 crisis is devastating for many industries, including the creative community. Almost all television and film production has now ceased globally – leaving hundreds of thousands of crew and cast without jobs,” Netflix’s Chief Content Officer Ted Sarandos said in a statement. “These include electricians, carpenters and drivers, many of whom are paid hourly wages and work on a project-to-project basis. This community has supported Netflix through the good times, and we want to help them through these hard times, especially while governments are still figuring out what economic support they will provide.”

In response to the widespread downturn, guilds and unions such as IATSE and SAG-AFTRA have called upon federal government for financial aid. Newly signed legislation supporting the travel, hotel and cruise industries have recently gone into effect and the creative community is pushing for a spot on line. On Wednesday, IATSE announced that members and allies have sent over 80,000 letters over two days to Congress urging lawmakers to include displaced entertainment workers in a federal aid package.

Per the outlet, $15 million of the Netflix fund will be funneled to third parties and non-profits that offer emergency relief for displaced workers. The bipartisan Families First Coronavirus Response ACT does not cover entertainment industry workers because of the requirements for days worked on a job to qualify, leaving the sector with no federal safety net as of now. Netflix said it will be donating $1 million each to the Actors Fund Emergency Assistance in the U.S., the SAG-AFTRA Covid-19 Disaster Fund, and the Motion Picture and Television Fund. A $1 million donation is also being given to the AFC and the Fondation des Artistes. The global company is also in talks with industry organizations from across the world to coordinate relief efforts.

“In other regions, including Europe, Latin America and Asia where we have a big production presence, we are working with existing industry organizations to create similar creative community emergency relief efforts,” Sarandos said. “We will announce the details of donations to groups in other countries next week. What’s happening is unprecedented. We are only as strong as the people we work with and Netflix is fortunate to be able to help those hardest hit in our industry through this challenging time.”

Ironically, the coronavirus pandemic represents a series of opportunities for Netflix to expand its business, increase hours of engagement, attract new international subscribers, and cut down on churn rates, though the outbreak does not come without its fiscal downsides as well. 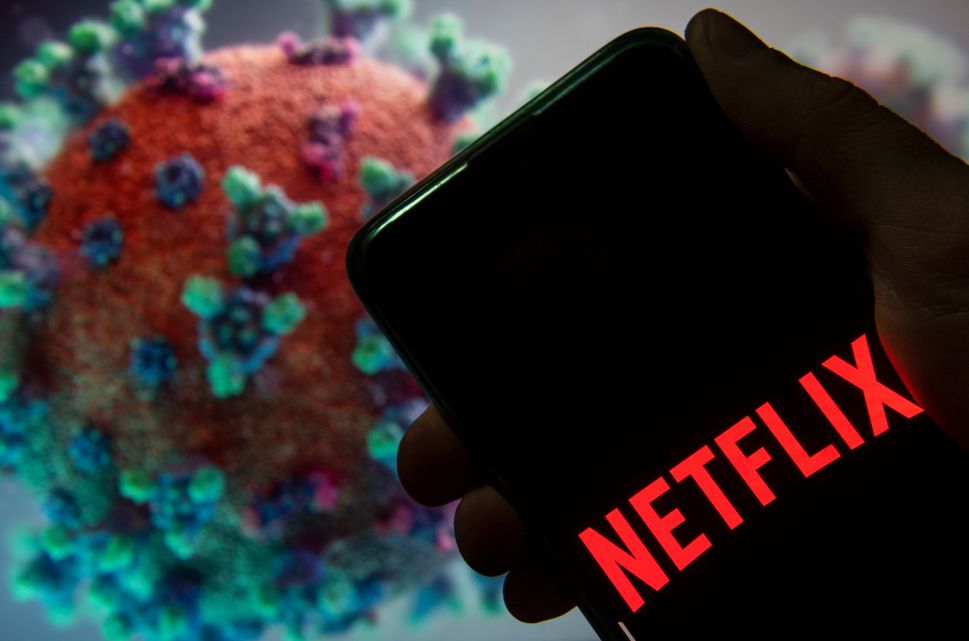