Like a Targaryen in Game of Thrones, Netflix has long sat upon the throne of the streaming industry. With more than 60 million domestic subscribers and upwards of 100 million overseas, the company boasts by far the largest customer base base among direct-to-consumer providers. Netflix generates more annual revenue than any other Hollywood studio, including linear traditional champions like Disney, and outspends its D2C competition by a wide margin thanks to an annual content budget expected to top $17 billion this year. If entertainment is an art, Netflix is delivering it via battering ram.

And yet the incumbent king saw its stock fall more than five percent in 2019 while adding to its overall debt, which stands north of $12 billion. In November, Apple TV+ and Disney+, which raced to nearly 30 million subscribers, joined Hulu and Amazon Prime Video in the crowded streaming field. In spring, WarnerMedia will launch HBO Max while NBCUniversal jumpstarts Peacock, adding well-resourced and experienced content creating conglomerates to the fold. So while Netflix may still have a powerful army at its back, the hierarchy of the streaming realm is exceedingly clouded.

SEE ALSO: All of Hollywood’s Major Cancellations & Delays Caused by the Coronavirus

Some across the industry fear Netflix has already peaked and, without innovation, will eventually succumb to its competitors. But there are changes, adaptations and new strategies Netflix can implement to maintain its lead. Andrew Rosen, former Viacom digital media exec and founder of streaming newsletter PARQOR, has three immediate suggestions.

“First, interactive video. It’s a moat that few people talk about, and should be a bigger moat, but isn’t,” Rosen told Observer. Netflix’s biggest effort in this lane was Black Mirror: Bandersnatch, a choose-your-own-adventure style chapter in the popular anthology series. While the company did not release specific viewership statistics for the interactive TV movie, it did track viewer selections, which contributes to audience engagement (more on that later). An interactive special for Tina Fey and Robert Carlock’s Unbreakable Kimmy Schmidt is also in production.

“Second, user interface. The change to the user management of video previews seems interesting given how long it has been around,” Rosen said. Netflix’s UX has been widely criticized, especially for its contribution to paradox of choice and analysis paralysis among users. But recently, the streamer rolled out an array of Top 10 list options to aid subscribers in navigation and selection. This could be the first step in a larger overhaul of the streamer’s display system.

“Third, animation and YA content. It’s another moat that few people talk about and that is getting bigger,” he concluded. On this front, Netflix has been putting forth considerable resources. Last year, Netflix highlighted that “About 60 percent of Netflix’s global audience watches the service’s content for children and families on a monthly basis.” The company has struck big dollar deals with Nickelodeon, Studio Ghibli and the Roald Dahl estate to continue developing animated and YA content, feeding one of its largest taste clusters. In their letter to shareholders for last quarter, the company highlighted their “in-house animation studio” with “amazing creators with pedigree from Disney Animation, Pixar, DreamWorks Animation and Illumination.”

These specific content and tech changes can help Netflix innovate existing strategies while striking out in new directions. But at a macro level, Netflix needs to rethink the barometer of success in order to better utilize its massive subscriber lead. It needs to make itself indispensable to the greater entertainment industry, and that will require changing up its approach.

Though Netflix is infamous for its lack of transparency, DiGuido suggests rolling out a new metric that catalogues the number of hours Netflix viewers spend engaging with content on a regular basis, long considered a key measurement in the streaming industry. This new class of subscribers would be based on hours of consumption per day, week, and month. This would provide a more concrete ranking system that documents by programming class and unearths the level of “effective reach” each component provides. To DiGuido, engaged subscribers that stay on the platform longer than other streaming services represent a loyal customer, which then adds credibility to the relationship between content and subscriber.

That’s music to advertiser’s ears and represents greater potential revenue stream for Netflix, which has insisted that it won’t run traditional ads.

“An ad supported model will be a much stronger opportunity for Netflix when it sets the stage as a content provider that is truly engaging its audience,” DiGuido explained. “Advertisers are craving those venues and platforms where they know that their ad messages are reaching an audience with a behavioral track record for truly consuming content.”

Investor studies find that users are 36 percent more likely to engage with streaming ads compared to primetime and yet of the roughly $200 billion spent on annual TV advertising, connected TV (Internet based TV) accounted for less than $7 billion last year. Clearly, there’s room to grow and with pay-TV declining faster than anticipated, the flow of dollars will soon reflect that. Roughly 75 percent of Hulu’s overall revenue is already generated from its ad-supported model. Why not dive head-first into this market, especially considering Netflix’s ugly debt situation?

The last vestige of hope for linear television against the storm of streaming is live programming i.e. news, sports, and special events (Academy Awards, State of the Union, etc). This reality is why Fox opted to sell off its entertainment assets to Disney and why the NFL’s broadcasting rights are causing a multi-billion dollar stir among major networks. This is the precise lane that streaming is hoping to infiltrate.

Last summer, AT&T chief Randall Stephenson told investors that HBO Max will eventually include live sports and news programming. Peacock’s launch will coincide with the 2020 Summer Olympics, and the streamer has ambitious plans in place for live sports, news, and late night television. It’s a consideration Netflix must take into account as it looks ahead to a rapidly changing and increasingly crowded marketplace.

“Netflix must be much more topical versus a collection of dated material and/or entertainment genre content,” DiGuido said. “The market wants to engage with providers that stream real time information and content in order to be at the top of their game.” 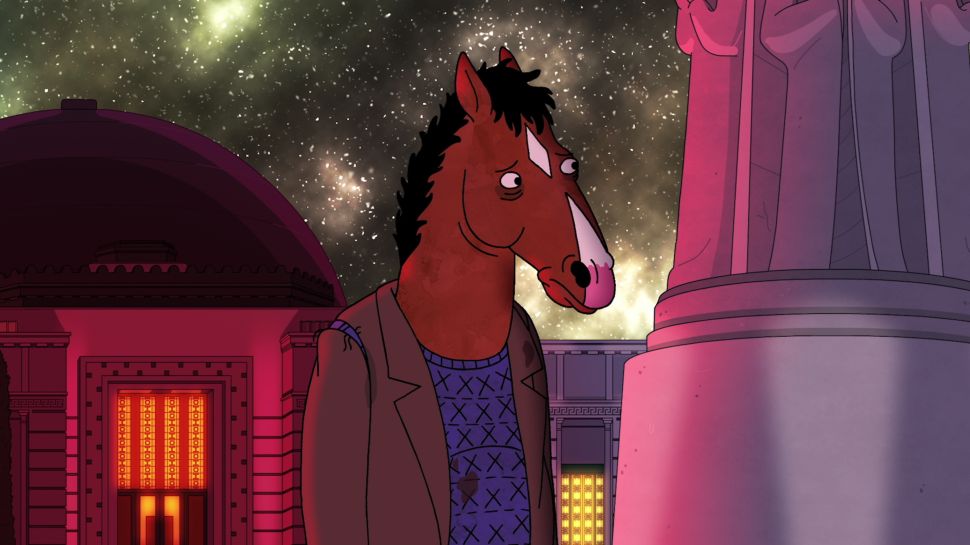