New subscribers in key overseas regions affected by COVID-19 are flocking to Netflix and daily engagement continues to rise as huge swaths of the global population remain in self-isolation. While rivals such as Comcast, Disney, Amazon, Apple and ViacomCBS see mammoth dips in share price over the last four weeks as a result of the coronavirus pandemic, Netflix is starting to rebound from its recent downturn.

On Monday, Netflix stock improved by 8.4 percent and is currently trading at $360.21 per share as of this writing. In fact, Netflix stock has increased by roughly 19 percent over the last five days. Investor confidence is slowly returning as the platform draws record highs in viewership traffic. AT&T revealed in an update Monday that domestic U.S. traffic had reached a new all-time high over the weekend, per Variety.

SEE ALSO: Here Are the Winners of the 2020 SXSM Film Festival Awards

With a lack of fresh content hitting the market and the majority of its second-quarter slate ready to debut on time, Netflix is in prime position to fill the market’s void during the endless hours of quarantine. On Friday, March 20, Netflix debuted 13 new seasons of television, including Octavia Spencer’s Self Made: Inspired by The Life of Madam C.J. Walker and the buzzy documentary Tiger King: Murder, Mayhem and Madness. With movie theaters still closed, a slow trickle of new films making their way to VOD, and a lack of competition from rival streamers, Netflix’s new content is primed to attract increased viewership.

In fact, traffic is up across the board in major regions impacted by COVID-19, according to JustWatch, an international streaming guide that helps over 20 million users per month across 40 countries to find something great to watch on Netflix, Amazon Prime, iTunes, etc. 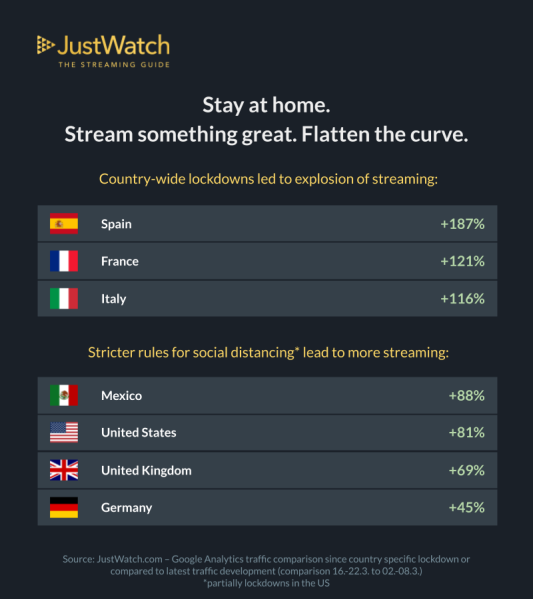 In its most recent quarterly earnings report, Netflix projected 7 million new worldwide subscribers in the first quarter of 2020. However, the coronavirus has upended the marketplace by prioritizing at-home viewing and new industry estimates expect Netflix to beat that total. As such, Wall Street is beginning to come back around on the streaming giant.

Netflix’s chief content officer Ted Sarandos has said that the company can continue to supply fresh content without disruption “over the next few months” even as the company has suspended production indefinitely. That’s practically gold in the current media entertainment climate. But if COVID-19 stretches into the latter portion of 2020, Netflix will again begin to feel the fallout. 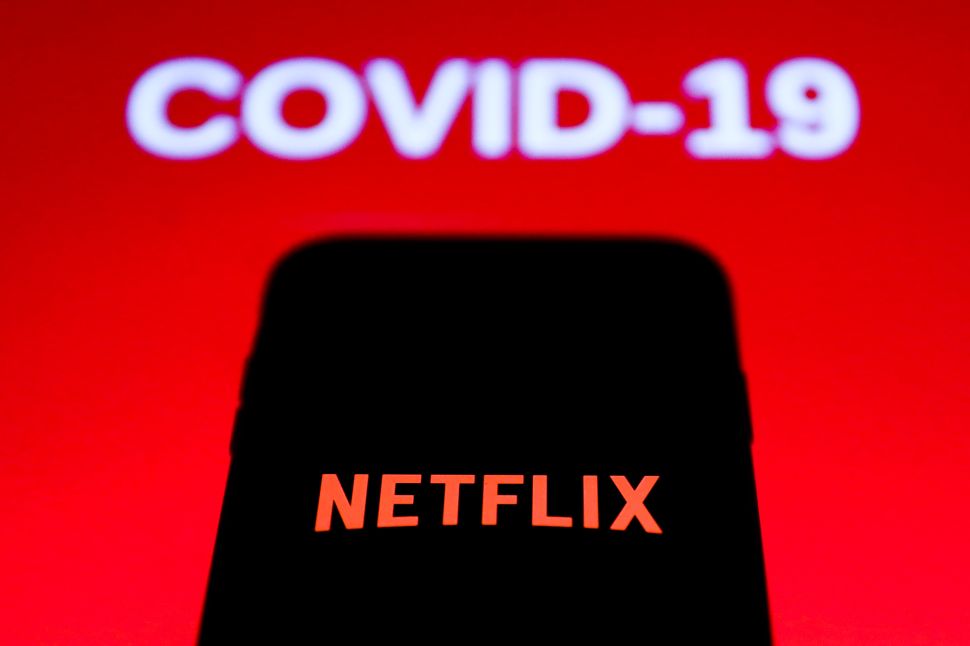