On Wednesday morning, MGM, Universal and James Bond franchise producers Barbara Broccoli and Michael G. Wilson officially announced that the upcoming No Time to Die release will be postponed until Fall due to concerns surrounding the coronavirus outbreak. Originally set to hit U.K. and international theaters on April 2 and American cinemas on April 10, the film has now been delayed until Nov. 12 and Nov. 25, respectively.

SEE ALSO: The New Batmobile From ‘The Batman’ Rolls Onto Matt Reeves’s Twitter

Earlier this week MI6-HQ, the biggest 007 fan blog, published an open letter to MGM imploring the distributor to postpone No Time to Die‘s release date due to the health concerns of the COVID-19 outbreak as well as the economic impact on the box office. The coronavirus has hammered the Asia-Pacific markets, especially China, and Hollywood is losing millions of dollars per day as a result. The 2020 international box office is not expected to recover and now No Time to Die is the first domestic blockbuster to fall prey to the virus.

MGM, Universal and Bond producers, Michael G. Wilson and Barbara Broccoli, announced today that after careful consideration and thorough evaluation of the global theatrical marketplace, the release of NO TIME TO DIE will be postponed until November 2020. pic.twitter.com/a9h1RP5OKd

Deadline reports that this is “purely an economic decision” and not rooted in fear of COVID-19’s rapid spread to more than 25 countries. The move makes sense given the condition of overseas theater-going at the moment; all 70,000 theaters in China remain closed and regions throughout Europe and Asia are not far behind. Eon and MGM are looking for as close to a day-and-date worldwide release as possible for No Time to Die to maximize box office potential.

“This is a very smart move by the distributor,” Paul Dergarabedian, Senior Media Analyst at Comscore, told Observer. “The complications of releasing the film as originally scheduled were clearly far too daunting and by moving the film to November (the home of so many Bond films in the modern era), this change puts the film in a much greater position for the success it was predestined to achieve with enthusiastic fans around the world who will just have to wait a few extra months to see their beloved Bond on the big screen. ”

However, while the shift may be a smart move in the micro, it represents challenges in the macro. Specifically, how Hollywood will handle the near-future in the wake of the virus and what a potential retreat from multiplexes may mean for the entertainment industry in the interim. Will we look back at this time as the era of a greater transition?

“I think all of Hollywood should take notice,” Jeff Bock, senior box-office analyst for Exhibitor Relations, told Observer. “If the outbreak in China and other parts of Asia is any indication of what it may be like in North America in weeks the or months to come, the industry may be in for a quick and downward turn. Best-case scenario: the industry has the best fall and holiday season on record. Worst-case scenario: streaming takes over as the king of the entertainment hill.”

It’s not as if 007 is a stranger to November. The month has has largely served as the franchise’s launching pad since 1995’s GoldenEye. But if such a high-profile blockbuster, which has already endured its own set of delays, is willing to shift domestic release dates, then how much longer until the floodgates open and Hollywood’s spring schedule is decimated by similar decision-making?

No Time to Die will now do battle on the Wednesday before Thanksgiving with Warner Bros.’ Will Smith-led King Richard, Disney’s Raya and the Last Dragon, and Sony’s comedy The Happiest Season. Craig’s four Bond films have grossed upwards of $3.2 billion at the worldwide box office with Skyfall scoring the series’ biggest total with $1.1 billion. 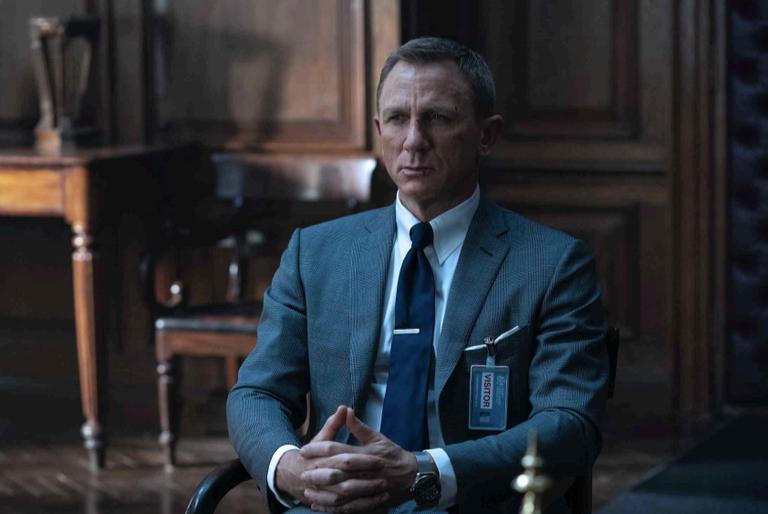