Galleries and museums might have had to close for the foreseeable future as the world deals with the ramifications of pandemic-dictated social isolation, but resilient institutions and galleries almost immediately found ways to harness digital platforms to show work. Among this, other inventive online platforms for art lovers to engage in aesthetic pleasures from home have found traction. Occupy White Walls (OWW), a massive multiplayer online game, promises armchair gallerists and amateur art historians the chance to realize their wildest curatorial fantasies.

The game is art democratization in action. Players customize everything, including the scope and layout of their gallery, the materials used in its construction, the individual artworks on display and more.

As for game play, the only limitation is that each new customization requires you to have a certain amount of game currency, called Cubes, to make use of it. The money is fairly easy to earn. Fellow OWW’ers leave Cubes as tips when they enjoy your gallery. Cubes are also awarded, for instance, when a player adds an artwork displayed on your walls to their own gallery.

“Your gallery is your own creation,” says Yarden Yaroshevski, founder and CEO of StikiPixels, the London-based company behind Occupy White Walls. Yaroshevski continues, “When we started, we asked ourselves, as game designers, what is the action of art? It is self-expression. A game about art, from our view, is a game about expressing yourself.”

In addition to all of the options for customizing the architecture of your personal gallery space (which Yaroshevski is particularly proud of), gamers also have a big say in what art is included in the game.

The game currently has around 6,500 pieces in a database, and users can suggest others for the developers to find high-quality images for and upload. Artworks are currently limited to 2-D, however StikiPixels is looking into ways to procure high-quality renderings of three-dimensional pieces to bring sculpture, readymades, and other such works into the Occupy White Walls world. Living artists without canonical name recognition can submit their own work at $9 each piece.

“Art could be so much more interesting and relevant if it goes beyond the ways we’ve typically displayed it, in galleries and museums and ‘expertly’ curated spaces. We’re doing the opposite. Everyone can create their own museum. It’s about you, which is, I think, how art should work,” Yaroshevski says.

The game connects users to new artworks through its groundbreaking AI, called DAISY. The system learns about each player’s taste and recommends artworks customized to your unique taste, based on which artworks you save and add to your gallery’s walls.

DAISY’s ability to detect what users will and won’t like could be a godsend for up-and-coming artists to connect with potential fans, and buyers.

One young artist that Yaroshevski highlighted had roughly 200 followers on his Instagram page, but more than 5000 OWW players hanging his paintings in their galleries. This type of engagement has resulted in other young artists making real-world sales.

“It shows that our AI works. DAISY can figure out your taste in art, fairly accurately. So we can also do the reverse,” says Yaroshevski. “We can run art through the AI and have DAISY find people that it will be most likely to have an impact on.”

The data that DAISY has collected thus far––on 50,000 players since launching in November, 2018––has shown that artistic taste is a bit like a fingerprint. They have found that no two players have the same exact interests.

“If you go into a museum, even like the Met, it still works like it did in the Renaissance,” Yaroshevski says, “You can’t collect this kind of information to create a truly unique experience in a traditional museum or on a website. So we’re hoping that by leveraging these cutting edge tools, that we can create an experience that resonates with every individual.”

Occupy White Walls is currently available for free on Steam. StikiPixels is also running a Kickstarter for £100,000 to expand the game and bring it to a larger audience. If you’re stuck indoors and sick of Fortnite and scrolling through Netflix, try it out and have some fun while adding a little high-culture to your daily routine. 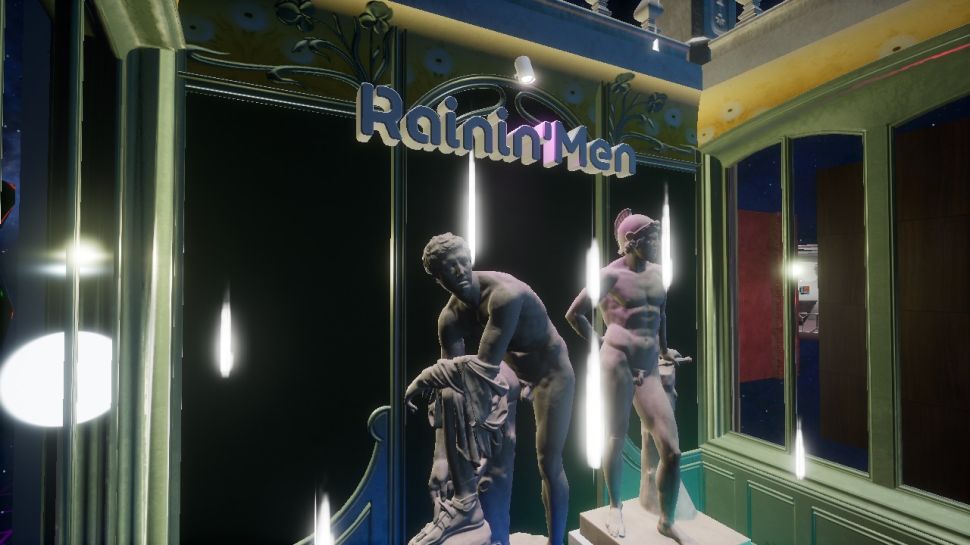