Amy Adams once said that the “more that people know about me, the less they’ll believe me and my characters.” Given her six Oscar nominations, we trust her expertise. Often you’ll see serious thespians maintain a tight grip on their private lives not only for their own sanity, but for the sake of their craft. When you watch an actor on screen, the goal is to see the character and forget about the actor. But occasionally, familiarity can be an actor’s scalpel, cutting into our hearts with precise incisions and infusing the on-screen character with a tangible believability. That’s how it feels to watch Pete Davidson in Big Time Adolescence, the buzzy Sundance title that hit Hulu a week early and is now available to stream.

Davidson has long used his own life as the driving force behind his comedic rise. His tragedies and trials, his romantic entanglements, his drug use—they form the table of contents to his career, which lulls us into a sense of expectation. We think we know Pete Davidson because Pete Davidson seems okay with letting us know. It works to form a familiar bond in Big Time Adolescence, but also raises the question of what else is on the horizon for the 26-year-old performer.

In his new film, Davidson plays an alternate version of himself had fame and fortune not come a calling. Zeke is a charismatic, mid-20s slacker who loves to get high and has no long-term plan for his life. This works for 16-year-old Mo (Griffin Gluck), the little brother to Zeke’s former high school girlfriend and someone who looks at the young adult with a mix of adulation and admiring. He is a surrogate big brother and Mo’s only true friend—a bridge to a different world than the one Mo finds himself in as an overlooked high schooler. In return, Mo gives Zeke a connection to his “glory days.” Zeke is just self-aware enough to keep a distraction around (despite his genuine affection for Mo) lest he take a good, hard look at his life now.

Our baseline familiarity with Davidson in real life colors Zeke with an authenticity that can’t be forced. Davidson’s performance reflects his honesty about his headline-making marijuana habits, mental health, his relationships and more. We fall into Zeke’s whirlwind of personality and ignore the dark edges attempting to drain the color from the whole picture. Writer/director Jason Orley does a great job of drawing us into something real and leveraging Pete Davidson The Brand to make it all work fairly seamlessly. That Davidson is comfortable and brave enough to skewer his own self-image and play around with hyper-realistic perception is commendable. It works especially well if you’re not familiar with the more cutting, emotional and completely ego-less material that landed him on SNL as a 20-year-old in the first place.

But Big Time Adolescence is very much about the idea of personal growth and how some embrace it, some run from it, and we all experience it at different paces. To that end, the film’s themes seem equally as relevant to its star’s career.

Davidson is poised to leave Saturday Night Live behind in the near future. With Big Time Adolescence and the upcoming Judd Apatow-directed semi-autobiographical King of Staten Island on the horizon, it’s clear his star is on the rise. But as he transitions into leading feature roles, he continues to play stylized versions of himself, remixing the known quantity. But his true test as a performer will be wading into unknown waters.

We know Pete Davidson can play different iterations of Pete Davidson, or at least our perception of him. But what does it look like when Davidson deliberately acts out of character? How will an audience feel should he work against type? Is there a combination of a role and a film that can make us forget about Pete Davidson and believe in the new character on screen? That’s how Davidson outgrows SNL. That’s how he grows up. 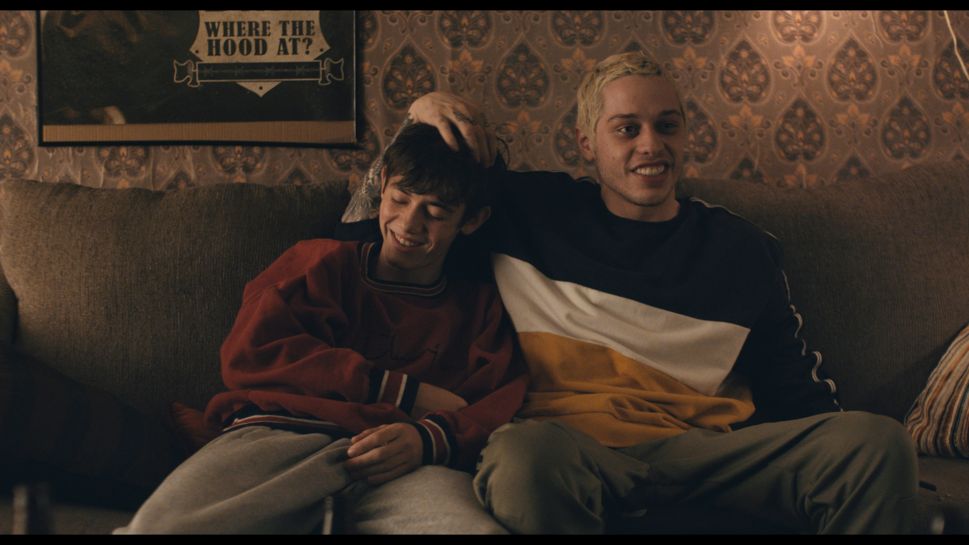