After months of planning and negotiations, Prince Harry and Meghan Markle are beginning their transition into non-royal life today.

The Duke and Duchess of Sussex got a head start wrapping up a few final royal strings yesterday, as they shared what is expected to be their final post on their SussexRoyal Instagram account. Prince Harry and Meghan did write in the post that they “look forward to reconnecting” soon, so perhaps a new IG account is in the works.

Prince Harry and Meghan are also reportedly signing off from their SussexRoyal.com website. Starting today, they no longer work for the royal family, so they can’t use the royal “brand” in any of their personal marketing, nor can they use their HRH titles. In addition, they can’t represent Queen Elizabeth in any official capacity. Since their Instagram and website both include “royal” in the titles, it’s likely they’ll start fresh with less regal social media handles.

As we can all feel, the world at this moment seems extraordinarily fragile. Yet we are confident that every human being has the potential and opportunity to make a difference—as seen now across the globe, in our families, our communities and those on the front line—together we can lift each other up to realise the fullness of that promise. What’s most important right now is the health and wellbeing of everyone across the globe and finding solutions for the many issues that have presented themselves as a result of this pandemic. As we all find the part we are to play in this global shift and changing of habits, we are focusing this new chapter to understand how we can best contribute. While you may not see us here, the work continues. Thank you to this community – for the support, the inspiration and the shared commitment to the good in the world. We look forward to reconnecting with you soon. You’ve been great! Until then, please take good care of yourselves, and of one another. Harry and Meghan

Buckingham Palace will no longer comment on media inquiries regarding Prince Harry and Meghan; instead, the Sussexes’ communications are now handled by U.S.-based Sunshine Sachs and U.K.-based James Holt.

Prince Harry and Meghan made a big move prior to the official transition period, as they relocated from Vancouver Island to Los Angeles, which means they aren’t living within a Commonwealth nation anymore. There have been rumors about the Sussexes heading to California for months, but the coronavirus pandemic reportedly pushed Prince Harry and Meghan to take Archie to L.A. earlier than scheduled.

Donald Trump weighed in on the royal move, as he tweeted that the U.S. will not pay for the Sussexes’ security. He seems to have gotten ahead of himself, as the Sussexes’ spokesperson said that Prince Harry and Meghan never had plans to ask for U.S. government security resources, and that “privately funded security plans have been made.”

A Sussex spokesperson also said that Prince Harry and Meghan “would prefer that in the immediate weeks and months, the focus remains on the global response to COVID-19,” per CNN. “However, we recognize there are outstanding questions relating to their future beyond their Household transition deadline.”

“The Duke and Duchess of Sussex will spend the next few months focusing on their family and continuing to do what they can, safely and privately, to support and work with their pre-existing charitable commitments while developing their future nonprofit organization.”

They’ve already begun planning for the future, though, as they recently hired Catherine St. Laurent, who previously worked directly for Melinda Gates at the Bill and Melinda Gates Foundation, as their new chief of staff.

While Prince Charles, who is now out of isolation after testing positive for coronavirus, has reportedly agreed to continue supporting the Sussexes to some degree through his private estate, the Duchy of Cornwall, Prince Harry and Meghan will need to generate an income now that they aren’t full-time royals, and they’ve both gone to work already.

The Duke of Sussex has already completed speaking opportunities with banks, and the Duchess of Sussex narrated a Disney film in exchange for a charitable donation to Elephants Without Borders.

Even though the Sussexes are now based in Los Angeles, they’ll still have a U.K. presence. They were expected to fly across the pond for Princess Beatrice’s wedding and potentially Trooping the Colour, but both events have been largely canceled due to the coronavirus pandemic. They are, however, reportedly hoping to build a home in the Cotswolds, and they’re planning on visiting the Queen at Balmoral with Archie over the summer, as long as it’s safe to travel then. 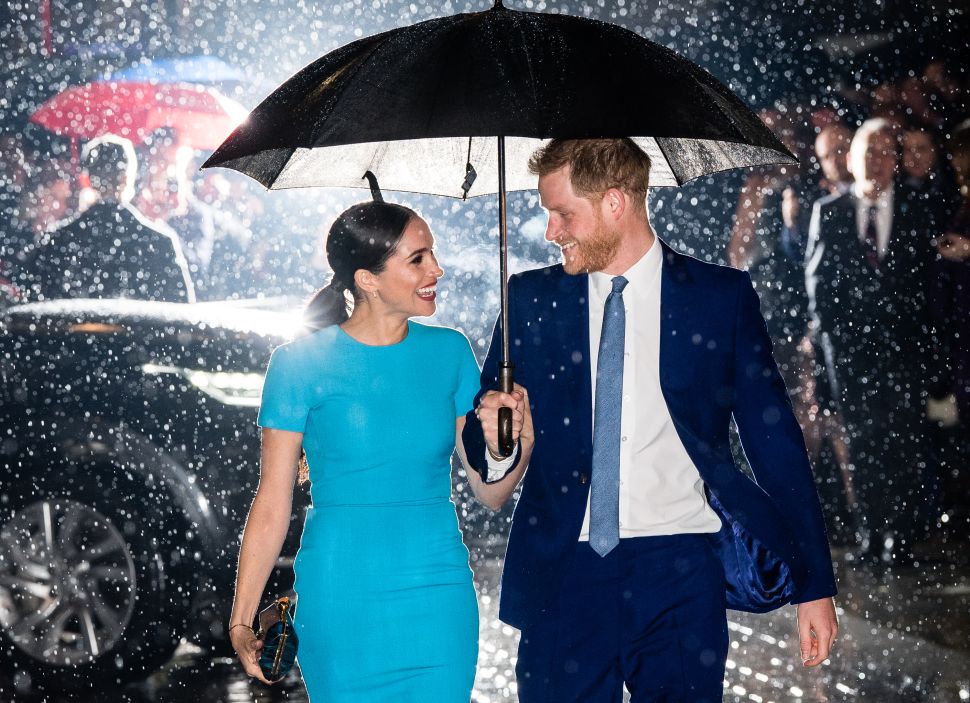