The Duchess of Sussex is set to return to the U.K. any day now, and it’s looking like she’ll be traveling solo. Prince Harry already arrived back in London last week, as he began his final round of official engagements before he and Meghan Markle step down as senior members of the royal family on March 31.

Meghan stayed put in Vancouver Island with their son, Archie, but she’s expected to make the trip across the pond this week, as she and Prince Harry are attending the Endeavour Fund Awards together on March 5. While it was previously thought that she would bring Archie along on the journey, it’s now looking like the couple’s son will remain in Canada.

The Sunday Times reports that the Duchess of Sussex is “leaving Archie in Canada for this trip,” and that Queen Elizabeth is particularly upset that her great-grandchild isn’t coming to London.

According to the Times, the news is “disappointing for the queen and the royal family, who are understood to be ‘very sad’ that they have seen so little of Archie since his birth.”

The Sussexes’ nine-month-old son hasn’t returned to the U.K. since last November, when Prince Harry and Meghan took Archie to Canada on their royal respite. The Duke and Duchess of Sussex decided to leave Archie in the care of Meghan’s longtime pal Jessica Mulroney earlier this year, when they flew back to the U.K. and announced their decision to step back from royal duties.

This also means Archie won’t get to see his cousins, and per Express, the Sussexes’ son has had “minimal contact” with Prince George, Princess Charlotte and Prince Louis.

The Sussexes’ decision to leave Archie in Canada could also be a sign that they are planning on jetting back to Vancouver Island immediately after finishing up their royal duties; as of now, the last event on their calendar before they begin their 12-month transition period is the Commonwealth Day service on March 9. Since this could potentially be such a short trip, it makes sense that the Sussexes wouldn’t want to subject their young son to the lengthy journey back and forth.

But there are still opportunities for Archie to return to the U.K., as even though Prince Harry and Meghan are reportedly primarily relocating to North America, they still have a few events they’ll head to London to attend. Their Buckingham Palace office is shuttering on April 1, but they’ll be back for the London Marathon in April, in addition to the Invictus Games in May. 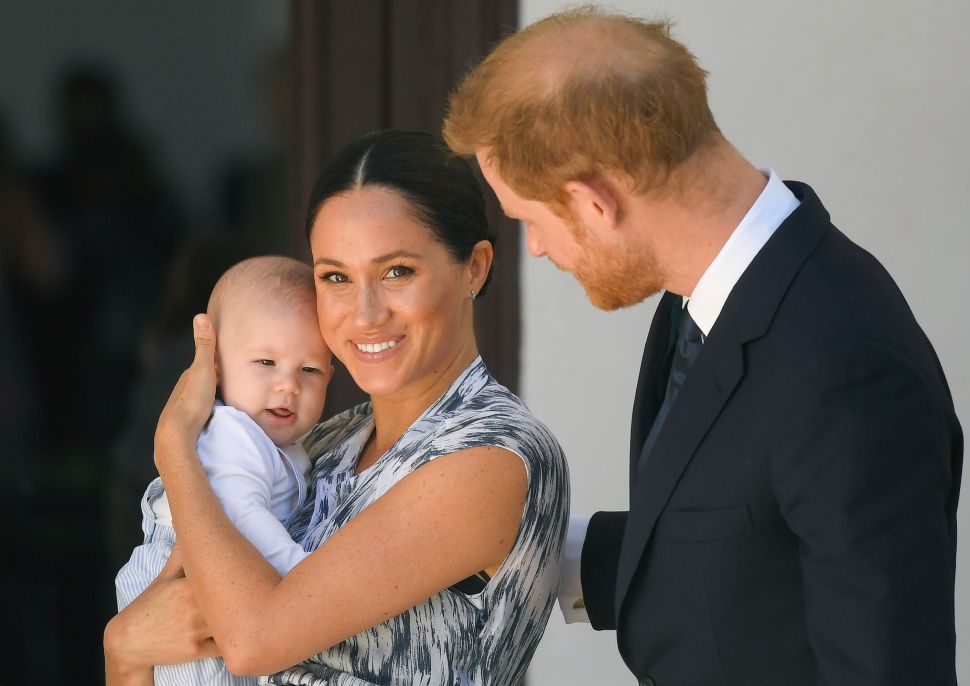