The Duke and Duchess of Sussex reunited in London yesterday, as Meghan Markle flew to the U.K. from Canada to join Prince Harry. The Sussexes are back across the pond as they begin to carry out their final official engagements as senior members of the royal family on March 31.

Prince Harry and Meghan started out their time in London in a very regal way, as they opted for a private lunch at a royal-beloved hotel in Belgravia, the Goring. The Duke and Duchess of Sussex were spotted leaving the hotel separately, and while some jumped to the conclusion that the Sussexes must be staying at the pricey spot instead of Frogmore Cottage, they were actually just there for a meal, per Harper’s Bazaar.

SEE ALSO: Meghan Markle Is Back in London for Her Last Royal Events

The five-star Goring Hotel opened in 1910, and it’s a favorite of both Queen Elizabeth and Kate Middleton. Her Majesty reportedly hosts her private Christmas party for senior members of her staff at the hotel every year, and she gave the hotel a royal warrant for its hospitality services in 2013. It’s the only time she’s given that royal stamp of approval to a hotel.

Prince Harry and Meghan’s day didn’t end with their lunch; the couple made their first public joint appearance since announcing their decision to step back as senior royals, as they attended the Endeavour Fund Awards last night, where Meghan wore a bright blue Victoria Beckham dress and Prince Harry donned a coordinating navy suit and tie.

The Sussex farewell tour continues over the weekend, as they’ll attend the Mountbatten Music Festival on Saturday, plus make what could be their final joint appearance at the Commonwealth Day service on Monday. Meghan is also reportedly conducting private and patronage-related meetings while she’s in London, and even though it’s being kept under wraps for now, she’s expected to make an appearance for International Women’s day on March 8. 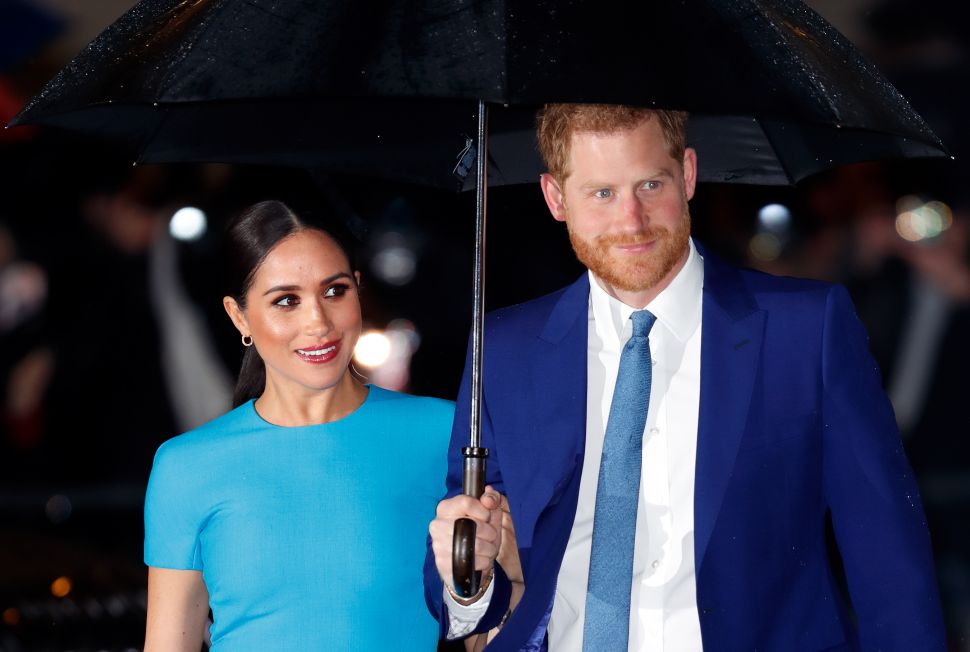