The Duke and Duchess of Cambridge touched down in Dublin today, marking their first official visit to the Republic of Ireland. Prince William and Kate Middleton’s whirlwind trip will include engagements in Dublin, County Meath, County Kildare and Galway, and it’s the first royal tour since Brexit.

Prince William and Kate took a commercial Aer Lingus flight, resulting in extra tight security. The Duchess of Cambridge wore a very on-brand ensemble for the occasion, in a green floral Alessandra Rich frock under a darker green Catherine Walker coat, plus a coordinating headband, heels and clutch all in different shades of green.

The Duke and Duchess of Cambridge began the Ireland visit with a meeting with the President of Ireland, Michael D. Higgins, and his wife Sabina, where they had an afternoon tea prepared by the in-house chef, per royal reporter Rebecca English. We think the biggest introduction of the day was with the President’s Bernese mountain dog Brod, an extremely photogenic pup.

Prince William and Kate are also meeting with Taoiseach Leo Varadkar, and the Cambridges went to a wreath laying ceremony at the Garden of Remembrance. Later this evening, they’ll be attending a reception at the Guess Storehouse Gravity Bar, hosted by the British Ambassador to Ireland—perhaps Duchess Kate will get to test out her “perfect pint” beer pouring skills again.

The tour will “focus on the relationship between the two countries and build on the theme of remembrance and reconciliation,” per a statement released by Kensington Palace. The Cambridges have a busy few days ahead of them, but they’ll be back in London with Prince George, Princess Charlotte and Prince Louis before the end of the week. They’ll also reunite with Prince Harry and Meghan Markle at some point very soon, as all the senior royals are set to attend the Commonwealth Day service on March 9. 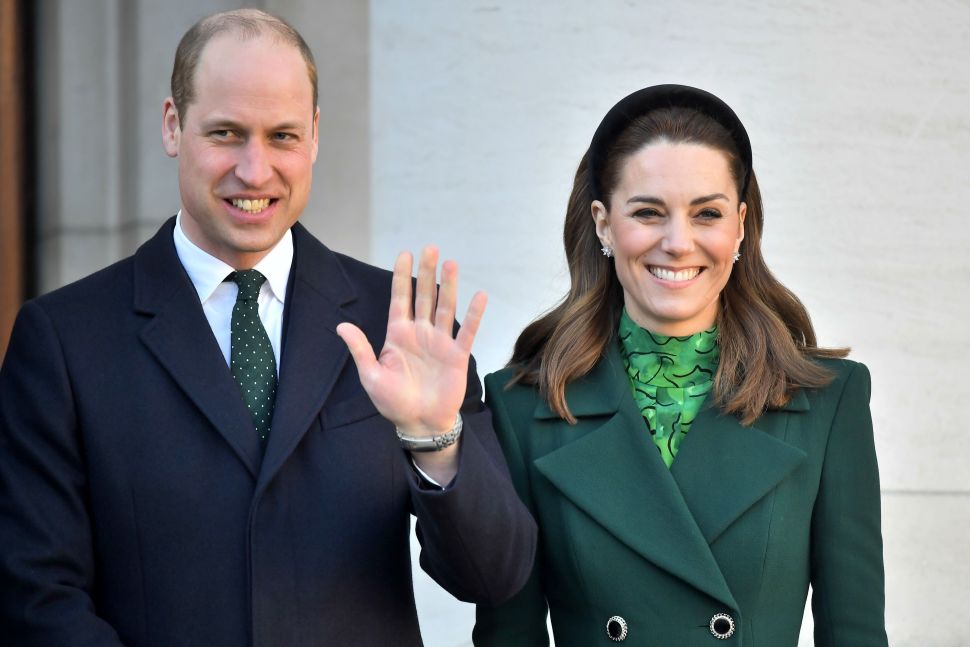