The next royal wedding is just a few months away, as Princess Beatrice is marrying her fiancé, Edoardo Mapelli Mozzi, on May 29. The ceremony at the 150-seat Chapel Royal at St. James’s Palace will be much more intimate than the other recent royal nuptials, as both Prince Harry and Meghan Markle as well as Princess Eugenie and Jack Brooksbank tied the knot at the 800-person St. George’s Chapel at Windsor.

Even though Princess Beatrice’s wedding won’t be the same kind of extravaganza as her sister’s or the Sussexes’ nuptials, it’ll still be a very royal affair. Actually, it’ll be doubly regal, as it turns out that Princess Beatrice will get another noble title upon marrying Mozzi, and technically become an Italian countess.

Beatrice’s fiancé is the oldest son of Count Alessandro Mapelli Mozzi, a real estate exec and member of the deposed Italian royal family, per Vanity Fair. Edoardo is the oldest son, which means he’ll eventually inherit his family’s “ancestral seat, the 18th century Vila Mapelli Mozzi palace in northern Italy,” according to People.

Edoardo’s father recently gave an interview to Daily Mail, and informed the tabloid that since his son is a count, “his wife will be a countess automatically and any of their children will be counts or nobile donna.”

But Beatrice’s new title won’t be legally applicable, as it’s really just a courtesy title—the Italian monarchy was abolished in 1946. Still, being both a British princess and an Italian countess is pretty special.

Now that Princess Beatrice’s big day is fast approaching, more details are coming out, including the very adorable best man—Mozzi’s three-year-old son is reportedly taking up the role. Princess Beatrice’s maid of honor hasn’t been announced just yet, but perhaps Princess Eugenie will on those duties, just as her sister did for her in her wedding.

Queen Elizabeth is hosting a reception for the couple in the Buckingham Palace gardens, with a “posh tent” for guests to hang out under. While the entire guest list hasn’t been publicized, it’s sure to be filled with many a royal and famous face—aside from Prince William and Kate Middleton, as well as the Duke and Duchess of Sussex, other expected invitees include Karlie Kloss, Ellie Goulding and James Blunt. 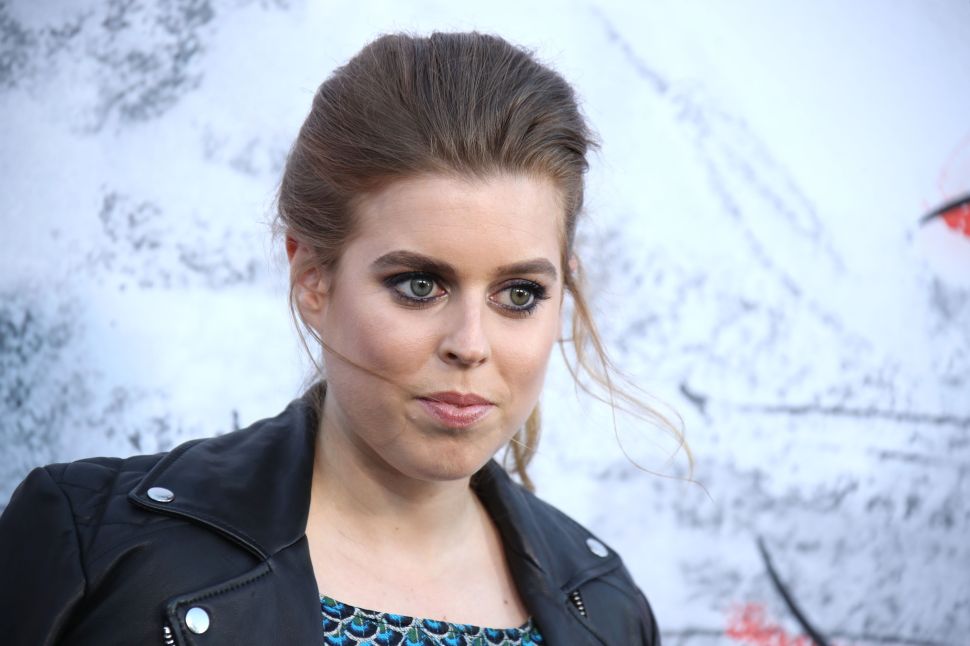