The British Royal Family is continuing to postpone and cancel events as the coronavirus pandemic grows around the world. Buckingham Palace announced that the Emperor and Empress of Japan will no longer make their planned state visit to the U.K. this spring.

Buckingham Palace released a statement, which said that after a “consultation with Her Majesty’s Government and the Government of Japan,” Queen Elizabeth has agreed that the intended state visit should be postponed, and they’ll be rescheduling the trip for a later date.

SEE ALSO: Prince William and Kate Will Homeschool George and Charlotte Amid Coronavirus

In January, it was confirmed that Japan’s Emperor Naruhito and Empress Masako had accepted an invitation from the Queen to visit the United Kingdom. It would have been the first time Queen Elizabeth met with Emperor Naruhito since he ascended the Japanese throne last year.

State visits are a huge deal, and usually include an arrival ceremony, state banquet and many meetings and events with the royals, politicians and dignitaries. Most of the senior royals attend the state banquet, including Prince Charles, the Duchess of Cornwall, Prince William and Kate Middleton.

Hundreds of staff, military, police and more and involved in the planning and arrangements. The last official state visit Queen Elizabeth received was when President Donald Trump and Melania Trump traveled to the U.K. in June 2019.

Today, Queen Elizabeth left London for Windsor Castle, where she’ll likely be staying for the next few weeks. She was spotted with her beloved dorgis, being driven away from Buckingham Palace to her Berkshire home, and it was reported that Prince Philip is meeting his wife there via a helicopter ride from Sandringham.

Other members of the royal family are also taking government advice and precautions when it comes to COVID-19. The Duke and Duchess of Cambridge are homeschooling Prince George and Charlotte now that their eldest children’s academy has moved to remote learning, and Princess Beatrice canceled her Buckingham Palace wedding reception. International royal travel seems to be on pause for now, and more changes and cancelations are expected for the royal diary. 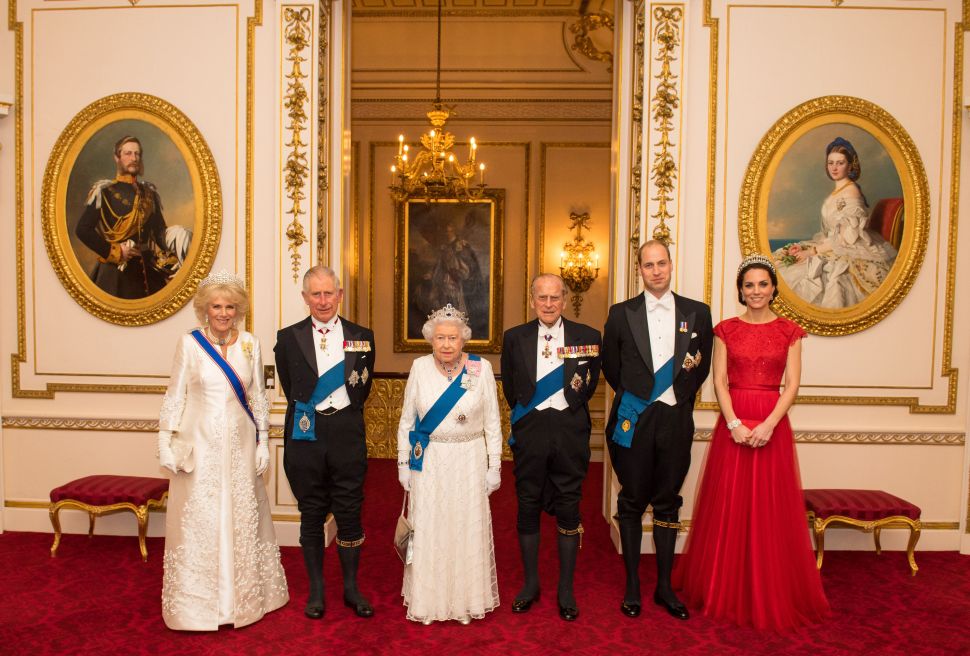