Rick and Morty isn’t a television show known for its subtlety or its predictability. Adult Swim has dropped surprise episodes on April Fool’s Day in recent years and trolled its online audience before with similar gags. So when a curious new entry on Adult Swim’s YouTube channel popped up today titled “Samurai & Shogun (Rick and Morty),” the question wasn’t so much “Why?” as it was “Why not?”

“The idea for a Rick and Morty anime short came from myself,” said Jason DeMarco, SVP and creative director on-air for Adult Swim. “We are always making interesting little Rick and Morty Network IDs, with other artists doing their interpretation of the characters, and I thought it would be cool to do an anime take on the show.”

The 6-minute short, produced by Studio Deen rather than the show’s typical team led by creators Dan Harmon and Justin Roiland, is a send-up of classic samurai films directed by the likes of Akira Kurosawa. DeMarco said it was inspired most directly by the classic manga, anime and film franchise Lone Wolf and Cub, featuring a samurai protecting a young boy, originally created by Kazuo Koike and Goseki Kojima. Stylistically, it was particularly inspired by the six films that were released in Japan between 1972 and 1974.

SEE ALSO: Everything You Need To Know About Loki

Studio Deen is a well-regarded anime production company known for its work on hundreds of titles, from anime classics like Patlabor and Ranma 1/2 to newer Americanized hits like Netflix’s Neo Yokio. The company has a long tradition of producing action titles which happen to have a lot of swordplay seen in series like Samurai Deeper Kyo, Rurouni Kenshin and the Fate franchise (and many of which have aired on Adult Swim in the past).

For Rick and Morty, a show that has always paid homage to the pop culture that’s preceded it, Studio Deen’s work served as a fun match. Everything in “Samurai & Shogun (Rick and Morty),” directed by Kaichi Sato and produced by Maki Terashima-Furuta, dials back to either action anime or martial arts movies, from the dramatically thumping score to the spraying geysers of blood to the dialogue—all spoken in Japanese. It’s also still emphatically a sci-fi Rick and Morty story, complete with multiple (Ninja) Ricks, the show’s iconic green inter-dimensional portals and a Morty who is more than he appears.

“Adult Swim went to Maki Terashima, a producer we’ve known for years, who took the idea to Studio Deen,” DeMarco explained of the partnership. “Studio Deen spoke to Kaichi Sato, who is a massive Rick and Morty fan, and asked him to direct it. From there, Adult Swim oversaw all of the work, but Studio Deen and Sato were the people driving the project.”

Harmon and Roiland were not involved in the making of the short, but were nonetheless aware of it, as is typical for Adult Swim’s side productions like these. “Dan and Justin were very happy with the piece, but we generally leave them out of our creations of IDs, shorts and things like that unless they specifically ask to be a part of their creation,” DeMarco said. “They’re busy enough making the show!”

Does this mean fans can expect more Rick and Morty to come from the creators in the near future? DeMarco wouldn’t put a timeline on it, but confirmed five new episodes were coming: “You can expect the second half of season four—five new episodes—and I don’t want to spoil any of the frankly insane things that will happen.”

He added that COVID-19 and lockdowns related to the coronavirus had fortunately not hit production on Rick and Morty as hard as it hit live-action productions. “Luckily, as with many animated productions, much of the staff has been able to transition to working from home,” he said. “I hope things continue to stay that way, but as we all know, things are changing day to day with COVID-19, so it’s anybody’s guess how long that continues.”

In the meantime, if you needed a new distraction from your socially isolated reality in the wake of the coronavirus, here it is.

This post has been updated throughout with comments from Jason DeMarco of Adult Swim. 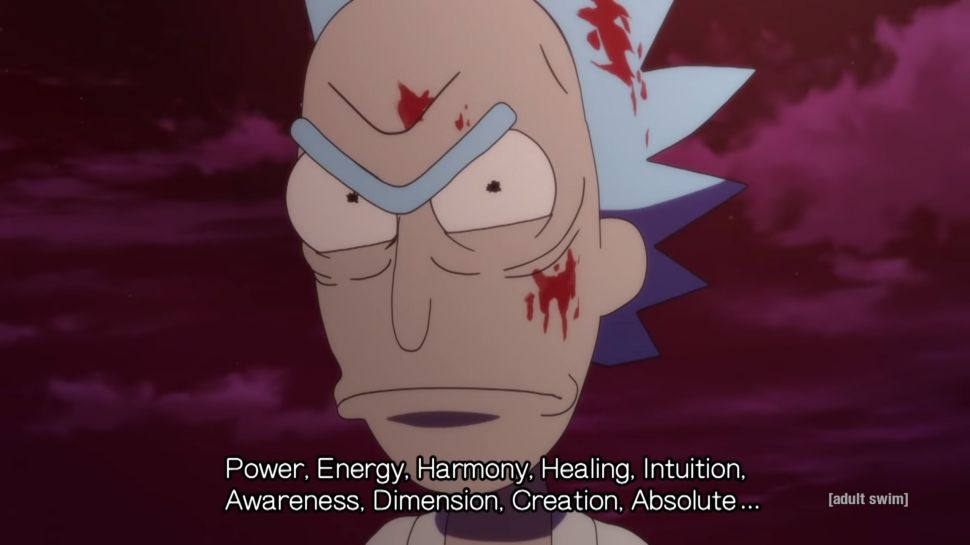