The British royal family has been altering their schedules, events and tours in light of the coronavirus pandemic, taking into account government advice to avoid mass gatherings and maintain social distancing. Queen Elizabeth already vacated Buckingham Palace in favor of Windsor Castle, where she’s now in residence with Prince Philip, and the monarch shared a message of support with the British people yesterday, pledging that the royal family is “ready to play our part.”

In the past two days, it was announced that Windsor Castle, Buckingham Palace, Kensington Palace and other royal residences are now closed to the public due to COVID-19. Now, the Palace has released a statement disclosing that the ceremonial Changing of the Guard is postponed until further notice. The ceremony takes place at St. James’s Palace, Windsor Castle and most famously, at Buckingham Palace, and is a major tourist attraction. The statement says that the decision is “in line with Government advice to avoid mass gatherings,” and that “Advice will be reviewed on an ongoing basis, with a view to restarting when appropriate.”

SEE ALSO: Prince William and Kate Will Homeschool George and Charlotte Amid Coronavirus

The iconic ceremony signifies the moment when the soldiers currently on the duty, the “Old Guard,” switch places with the replacement “New Guard” soldiers. Even though the ceremonial display is on pause for now, the guards will, of course, continue to change and maintain their watchful posts.

Queen Elizabeth already canceled her three annual garden parties at Buckingham Palace, as well as an intended royal state visit from the Emperor and Empress of Japan. Princess Beatrice’s planned May 29 wedding reception at Buckingham Palace has also been canceled.

Across the pond, Prince Harry and Meghan Markle are reportedly self-isolating in Canada with their son, Archie. The Duke of Sussex also released a personal video message to the public yesterday, after the Invictus Games, for which he is the royal patron, were canceled for 2020.

Prince William and Kate Middleton are still in London for now, but could potentially relocate to their Norfolk country home, Anmer Hall, now that Prince George and Princess Charlotte’s school, Thomas’s Battersea, has transitioned to remote learning amid coronavirus. While the Duke and Duchess of Cambridge typically bring their children to Windsor for the Easter holiday, it’s unclear if there will be changes to their usual schedule with the current coronavirus pandemic. 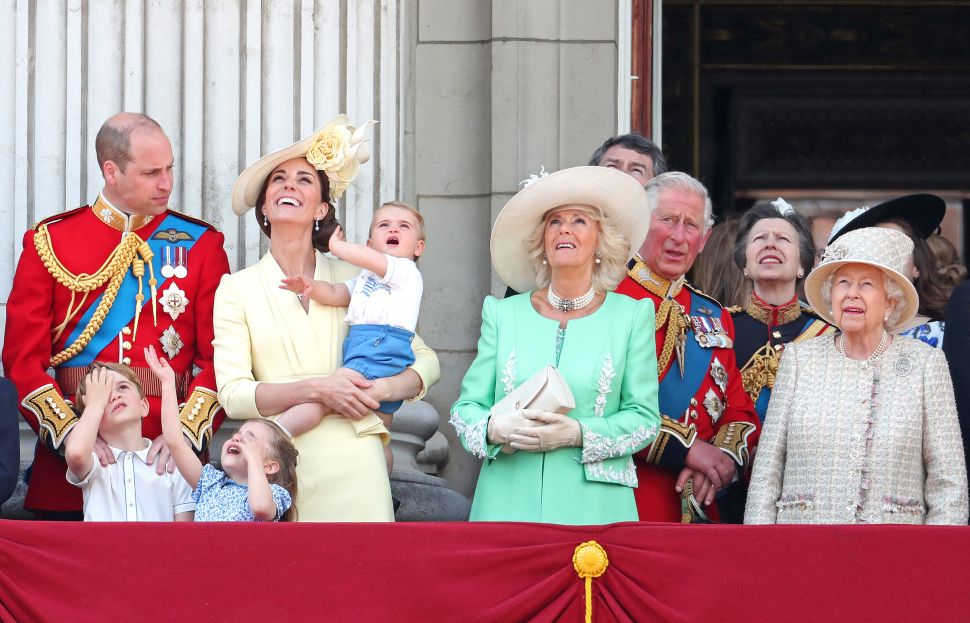