Even a brief look at upcoming exhibitions across the country demonstrates the obvious—we’re in a golden age for art. The sheer volume of shows that are certain to delight viewers and collectors slated to open this spring indicates as much. From “The Bride of God,” Hauser & Wirth’s star studded exhibition inaugurating their new space on 22nd street, to Kara Walker’s courageous new exhibition of drawings at Sikkema Jenkins, to a new suite of masked self portraits by photographer Lyle Ashton Harris at Nancy Littlejohn Fine Art in Houston, there’s plenty to look at no matter where you go. Mark your calendars. This spring season promises to be a doozy.

“Come Along With Me” and “An Erratum” at Rachel Uffner, New York City(March 1)

Rather than create portraits in the likeness of the sitter, Hilary Pecis paints brilliantly colored still lifes composed of objects that signify human characteristics. Drawing imagery from snapshots taken on hikes, travels and in the homes of her friends, the details she pulls from this source material give the paintings emotional charge. Upstairs, Curtis Talwst Santiago continues themes explored in his current show at the Drawing Center, with a new series of sculptures and wall works that use an array of materials ranging from cast paper to South African glass beads. Santiago cites his semi-nomadic lifestyle as an influence on his work—issues of transculturalism, memory and ancestry inform the work.

Swedish painter Mamma Andersson presents translucent washes overlaid with gritty oil stick to form atmospheric landscapes and faceless portraits. Anderson draws inspiration from archival photographs, films, and theatre sets, sources that combined with her painterly treatment of the canvas create a slow melancholic burn. With a focus on fauna, domestic interiors, horses, and young women, the paintings could easily veer into the realm of sentimentality, yet instead seem to reflect quiet resignation to fate. No work better demonstrates this than Holiday, a painting in which seven women on horseback follow a path away from the viewer—towards an unknown and all-but-inevitable future.

No living artist is as brave as Kara Walker. This might be less a statement of a fact than mere reaction—it was the first thought I had when looking at her drawings of President Barack Obama for her upcoming show at Sikkema Jenkins. Resembling the results of a pre-racism filtered 2015 Google image search, one image of Obama depicts him sitting on a pig, spear in hand, while another has him cradling Donald Trump’s decapitated head. Yet another shows him tortured by demons. It is appropriately titled, Barack Obama Tormented Saint Anthony Putting Up With the Whole ‘Birther’ Conspiracy. The show also includes a salon style hanging of images inspired by Thomas Eakins’ 1875 painting The Gross Clinic.

Even the most traditional shots by photographer Lyle Ashton Harris retain a hint of the theatrical. Works from his latest series, “Flash of the Spirit,” only augment that quality. His large cinematic photographs shot in lush natural environments capture a strange masked figure. In one photograph the figure rests against a tree. In another he’s reflected in a body of . Harris plays the masked character, presenting a defiant face against ambient, unidentified adversity. A rippling undercurrent of homoeroticism runs through the work, as well as a sense of spiritual awakening. The masks connote a connection between the living and the dead, signifying an enduring and eternal spirit.

With all the uncertainty surrounding America’s future, anyone with a crystal ball looks like a beacon of hope. Consisting of ceramic vases, bonsai trees and the deities of public space, Bruce M. Sherman’s exhibition plays off that desire, but with a twist. His vision better resembles an uncanny mirror than it does a crystal ball. Rather than present an entity with singular point of view, the artist offers a fragmented vision—he places eyes sporadically around his vases and trees, and molds figures made out of warped pipes and ladders. In this strange, but oddly familiar world, the gods of broken infrastructure rule under the watchful eyes of anthropomorphized trees and vases.

Daniel Beltrá spent thirty years documenting climate change from the air. Shooting everything from oil spills to glacial melts, his images chronicle an undeniable truth—human impact on the environment amounts to a calamitous disaster. In his latest show, Beltrá showcases fifteen photographs taken of the Amazon rainforest over the last twenty years, providing an astonishing look at devastation caused by clear cutting and forest fires. Many of the photographs look like shots from the set of an apocalyptic-themed movie—eerie, unsettling and surreal. A sense of isolation emerges. In several images, small patches of forest seem to survive by happenstance alone. In another, a boat lies stranded due to an unlikely drought. A sense of loss and sadness pervades.

Static images no longer function in any meaningful way. Digital technology allows anyone to transform a photograph’s meaning—history can be rewritten almost indefinitely. This new digital world inspires the work of Evan Trine, who for his latest show at Roberts Projects LA takes a deep dive into the work of cultural reassessment. Using iconic images of the Columbus trio of ships, the Niña, Pinta and Santa Maria, Trine creates a metaphor for the immigrants who founded America. Trine alters his images as they leave the printer, alluding to the corruption of values that once served as a foundation for American belief. Quiet and somber, these works point towards a future with no history.

Winnipeg artist Michael Dumontier’s use of dry humor and paired down materials transforms the most mundane of items into metaphors for growth and aging. Modeled out of wire, string and fabric, minimalist flowers shoot up from vases made out of exhaust pipes and out of the gallery walls. One work tests the forces of gravity—a vase dangles from the head of a flower, attached only by a thin string.

Sometimes cyclops cry. As evidenced by Elijah Burgher’s latest work, it’s eerie when they do. Based on the Greek myth of Polyphemus, a one-eyed monster whose lover left him for a younger man, Elijah Burgher’s painting and show centerpiece alludes to the heartbreak that aging and lost love can bring.

The work fits into a larger practice in which Burgher casts friends and lovers as characters in a myriad of mythologies as a way of testing meaning. Can any art work truly embody knowledge and experience? The answer to this question may be unknowable, but PPOW gives us a solid month to assess Burgher’s success.

Nobody knows if Eva Hesse and Hannah Wilke met each other. That mystery will seem near inconceivable with the launch of “Erotic Abstraction” this April, a new exhibition assembling 23 works by two pioneering female artists. Both lived in New York in the 1960s. Both transformed mass produced objects through repetition in their sculptures. Both created foundational work in the history of post-minimalism and the feminist art making movement. Perhaps the most compelling aspect of their work, though, stems from the personal connection each brought to the materials. Be it a series of kneaded erasers or a collection of worn rope, more than fifty years later the touch of the artist’s hand feels fresh and alive.

Recognizing that the pungent smells of motherhood amount to taboo, artist Johan Creten began a series of sculptures in the late 1980s for the Istanbul Biennale titled “Odore di Femmina.” Since that time, the artist has used the series to help fight depressive episodes; scentless sculptures that confront taboos head on by evoking menstruation, rotting flowers, burnt shells. Inside the show, a series of boulders will invite viewers to sit and contemplate the work. Like all good art, Creten’s sculptures grow on the viewer—the more time spent with the work, the more alluring they become.

In 1884, Daniel Paul Schreber began to suffer from psychosis. A judge who once boasted a successful career, Schreber spent the rest of his life in and out of mental institutions while examining the moral implications of patients being detained without their consent. His book, Memoirs of My Nervous Illness, is one of the most influential works on western culture and the inspiration for this group exhibition inaugurating Hauser & Wirth’s new building designed by Selldorf Architects. Curated by Philip Larratt-Smith, the exhibition’s checklist looks like an index of the century’s most celebrated artists. Do you like Mike Kelley, Glenn Ligon, Pipilotti Rist, Diane Arbus and maybe forty more artists with that level of name recognition? This show’s for you.

Observer’s 2020 Spring Arts & Entertainment Preview is your go-to guide for everything culture lovers need to know this season. We’ve combed through the new releases about to drop across TV, movies, dance, opera, theater, the visual arts and literature to bring you our picks for how to occupy your time in the warming months to come. Art admirers should also check out our list of best museum exhibitions and spring’s best dance productions. 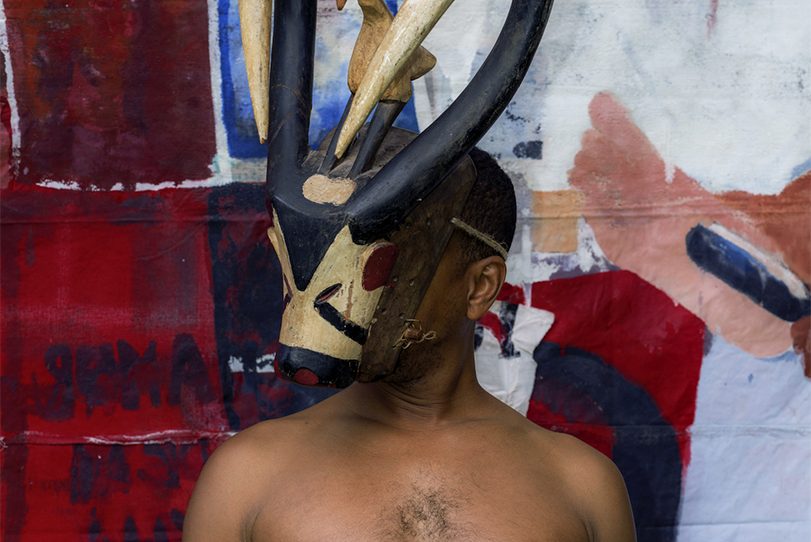