As the parameters for what constitutes a museum exhibition continue to pleasurably erode, spring 2020’s upcoming shows telegraph a playful experimentalism that’s a welcome contrast to the more politically strained atmosphere of previous seasons. That’s not to say that politics aren’t in play here, but rather that there’s a kind of existential lightness to MoMA’s upcoming “Judd” retrospective and a joyfulness emanating through the Houston Contemporary Arts Museum’s “Slowed and Throwed: Records of the City Through Mutated Lenses.” There are many different ways of seeing, and many different ways of being moved this spring at museums across the country.

The artist Donald Judd is known just as much for his philosophies as for the “sculptures” he created (a term that Judd once deemed not representative of his work). “Judd” is the first retrospective of his oeuvre in the United States in over 30 years, and it will provide an extended look at what made his vision so enduring, largely through the multicolored boxes and receptacles he created that are as deceptively simple as they are arresting. To Judd, space and time are merely ways to feel about things as opposed to hard facts about the way the world is structured. For an artist whose work appears to be so solid, that’s quite a fanciful vision.

“Gerhard Richter: Painting After All” at the Met Breuer, New York City (March 4)

Gerhard Richter’s brand of ambiguous, soulful, quasi-representational abstraction is so crucial to the development of 20th century art that it feels encoded within the collective cultural DNA, rather than created by one man alone. This exhibition will present over 100 of Richter’s works that have been made over the entirety of his decades-long career, including Cage, 2006,  Birkenau, 2014, and House of Cards, 2020. Born in Germany during the regime of the Nazis, Richter’s body of work is tinged with trauma even when it doesn’t appear to be: his blurred photo-paintings especially telegraph a sense of memory that’s been permanently warped.

“Slowed and Throwed: Records of the City Through Mutated Lenses” at the Contemporary Arts Museum, Houston (March 6)

In the 2016 Best Picture-winning movie Moonlight, there’s a scene in which the protagonist Chiron reunites with his childhood lover, Kevin, and the two drive together through an endlessly charged erotic night while a chopped and screwed remix of Jidenna’s song “Classic Man” plays on the car stereo. The singer’s artificially elongated syllables mimic the taffy-pulled attraction of the two characters: over the years, their desire for one another has been tested and stretched beyond all recognition. This enduring musical style was originated by DJ Screw, the legendary Houston icon that passed away in 2000 and around whom this exhibition revolves. Through unconventional photography and new media, artists pay tribute to how Screw’s legacy has influenced culture, while archival materials let you get as close as possible to the genius himself.

It’s no exaggeration to say that the Guggenheim’s 2018-2019 Hilma af Klint exhibition took the world by storm. Art aficionados were mesmerized not only by af Klint’s boldly abstracted spiritualist paintings, but by her foresight: she stipulated that her work should not be revealed to the public until 20 years after her death. Like af Klint, Agnes Pelton was a visionary who used her art to connect to a higher plane of consciousness via quivering biological forms and soft beams of light. In Pelton’s case, her isolation from the art world is what has kept her work essentially unknown in the years following her death in 1961. This exhibition will serve as her formal introduction to the world.

Jackson Pollock and his poured, splattered paintings fell like an atom bomb into the midst of the 20th century contemporary art world, reminding seasoned creatives that when it comes to making art, there are absolutely no rules. This exhibition will explore how Pollock’s innovations touched the output of creators like Robert Morris, who cut huge, wound-like swaths into darkened felt, Senga Nengudi, a virtuoso of weighed-down stockings, and Richard Serra, the patron saint of heavy stuff.

“Desire, Knowledge, and Hope (with Smog)” at The Broad, Los Angeles (April 4)

As anyone from Los Angeles will tell you, the city has a particular quality that’s both endlessly indefinable and covetable. This exhibition pays homage to some of the aspirational city’s biggest art stars, including John Baldessari, Mike Kelley, Barbara Kruger and Ed Ruscha. In brief, this is a monumental showcase of many important works that haven’t been seen before, including 40 works by Ruscha, the pop art visionary, and seven works by Kruger, the influential conceptual collagist whose aesthetic is so on-point it’s recently been appropriated by Instagram.

This hyper-specific sound installation will play off the specific geometry of its surroundings: a Philadelphia National Historic Landmark that was once the neoclassical residence of William Hamilton, a visionary Anglophile whose home became a cornerstone of innovative American design. Susan Philipsz is an artist who uses sound to trigger melancholy and memory, and her installation at the Woodlands is sure to be a continuation of her trend. She’s been known to use haunting vocals, eerie instruments and other tools to conjure a mood.

This year marks this radical feminist artist’s first comprehensive museum exhibition, and it will include over 100 works charting Niki de Saint Phalle’s evolution as an expressionistic autodidact whose artwork draws attention to the HIV/AIDS crisis, discrimination, and methodologies of altered perception in the fraught American 20th century. Her work is multifaceted, multicolored and ultimately extremely joyful despite its subject matter.

Yoshitomo Nara’s art frequently skates on a thin line between sweet and sinister, as evidenced by the haunting figures that have made him a globally famous name. His imposing characters are small yet mighty, and this LACMA exhibition promises to take a comprehensive look at his aesthetic by shining a light on a 33-year creative period from 1987 to 2020. During this time, Nara’s interest in music affected every aspect of his artistic practice; this transference will be deeply felt via the artworks on display. Also available to the public will be the 26-foot tall sculpture Miss Forest, which features a pensive female figure with an elaborate cone atop her head.

Overseen by curators Sergio Bessa and Andrea Andersson, this exhibition promises to provide a comprehensive survey of Sanford Biggers’ series “Codex”: a collection of mixed media paintings and sculptures made from pre-20th century American quilts. While working on a project for the Underground Railroad Museum in Philadelphia, Biggers was struck by the idea that Harriet Tubman had been an astronaut; a celestial navigator who decoded the stars. Following the notion of coding, Biggers repurposes quilts that may have contained hidden abolitionist messages into hybrid artworks that evoke layers of new meanings.

“Speechless: Different by Design” at the High Museum of Art, Atlanta (April 25)

A collaboration between the High Museum of Art and the Dallas Museum of Art, this exhibition will seek to blur the boundaries between different types of sensory experiences in order to generate new methodologies of taking in art. Original installations and site-specific commissions from artists including Ini Archibong, Matt Checkowski, Misha Kahn and Yuri Suzuki will interpolate academic and medical research to create art that feels interdisciplinary, fresh and infinitely layered.

“Tomás Esson: The GOAT” at the Institute of Contemporary Art, Miami (May 1)

Born in Havana, Cuba, in 1963, painter Tomás Esson has faced censorship and scrutiny for essentially as long as he’s been actively practicing. This exhibition pairs 30 years of his produced canvases, which depict (among other things) distorted body parts expelling alien fluid alongside a site-specific mural. Esson’s bulbous, perceptively gaseous painted figures are simultaneously disturbing and comforting, as though the artist has captured someone’s most repellent uncle in the latter’s most flattering light.

“Blane De St. Croix: How to Move a Landscape” at Massachusetts Museum of Contemporary Art (May 23)

Blane De St. Croix is an environmental maximalist; an artist who doesn’t shy away from dramatizing the magnitude of the problems facing the human race now and in the future. His huge (literally) new exhibition at MASS MoCA will incorporate previously-rendered sculpture and drawings, but the innovation here is centered on the site-specific installations made with the Earth’s evaporating permafrost in mind. De St. Croix has created approximations of landscapes that should convey to the viewer just how dire our collective situation is: sculptures of melting ice, disintegrating bedrock and an altogether doomed earth abound.

Observer’s 2020 Spring Arts & Entertainment Preview is your go-to guide for everything culture lovers need to know this season. We’ve combed through the new releases about to drop across TV, movies, dance, opera, theater, the visual arts and literature to bring you our selections for how to occupy your time in the warming months to come. Art lovers should also check out our list of must-see shows at commercial galleries and spring’s best opera productions. 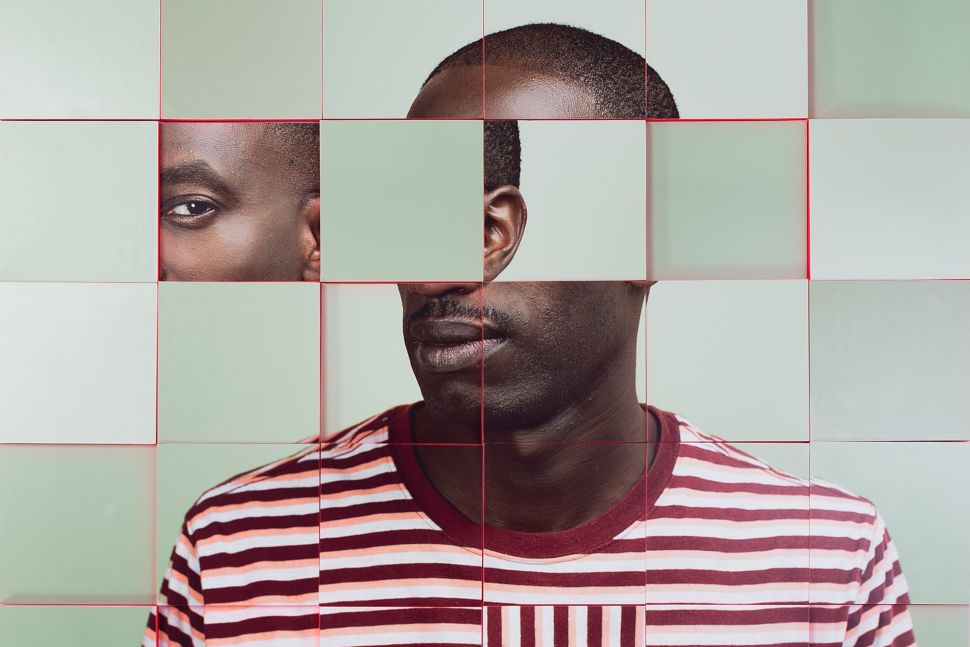