When it was first announced in late 2017 that Apple had won a heated bidding war for a new drama from Reese Witherspoon and Jennifer Aniston, the entertainment industry was understandably surprised. But Apple was intent to send a message to Hollywood that it was entering the streaming realm to compete for A-list talent, not just as a secondary business consideration. When it was later revealed that Apple potentially paid $300 million for an immediate two-season order of the show sight unseen, it all made a bit more sense. No other company in the world can out-spend Apple, the most valuable corporation in history. That makes Apple TV+ a potentially powerful platform long-term…if it can find a flagship series to compete with Netflix and Disney+.

SEE ALSO: From James Bond to Mulan, Here Are 11 Films We Can’t Wait to See This Spring

Following lukewarm responses to The Morning Show‘s first season (which holds a 61 percent on Rotten Tomatoes and a 61 mark on Metacritic), the series is looking to add a handful of new characters and plot lines. It’s important to note that production on new episodes is still in its early stages, so character names and details may change over time. But here’s what we may see next season.

Apple did not immediately respond to Observer’s request for comment.

Ty: Early to mid-20s. Smart, wildly charismatic, savvy and somewhat mysterious YouTube star. He has boyish good looks and an unquenchable curiosity. Ty has garnered a decent following for his channel by making nuanced quips and “hot-takes” on the current state of affairs in his videos. He cares deeply about his fan base and wants to stay true to his brand: authenticity. His charisma and apparent depth outshine any naivete he may have. (Series Regular)

Ama Lihn: Late 20s to early 30s. A tech world wunderkind who is full of flare, ingenuity, boldness and innovation. Her fearlessness catapulted her to the top of an online media company that caters to a millennial and Gen Z audiences. She’s incredibly intimidating to those around her due to her utter lack of fear and emotional attachment. Some people are unnerved by her alarming blunt ness while others are charmed by her humor and bravado. All, however, agree that she is risky. (Series Regular)

Cybill: Chairwoman of the UBA board. (Recurring)

Elliot Greer: 40s. Nerdy handsome, politically smart, intelligent, calculated and sharp. The son of two Harvard educated psychologists, Elliot has earned a B.A. at Stanford and an M.B.A. from Wharton Business school. But though he has an impressive pedigree, it is his sharp intuition and eye for talent that has made him succeed. He may appear kind and calm, but his motives are never fully on the table and his brain is always working, looking far into the future for all possible outcomes. (Recurring guest star).

Ryan: Mid 20s to early 30s. A sexy, masculine and flirtatious professional baseball player who just came out as a gay. For years, he was closeted due to locker room culture and a suffocating responsibility to his family. Now that he’s out, “discretion” is a word that makes him uncomfortable. He wasted so much time pretending that now he lives his truth loudly. But though he enjoys drinking, dating, and being the life of the party, he is still insecure about losing his family’s support. A “good boy” at heart, he can’t help but seek approval from those who he is close to. (Recurring guest star).

Season 2 of Apple TV+’s The Morning Show will premiere later this year. 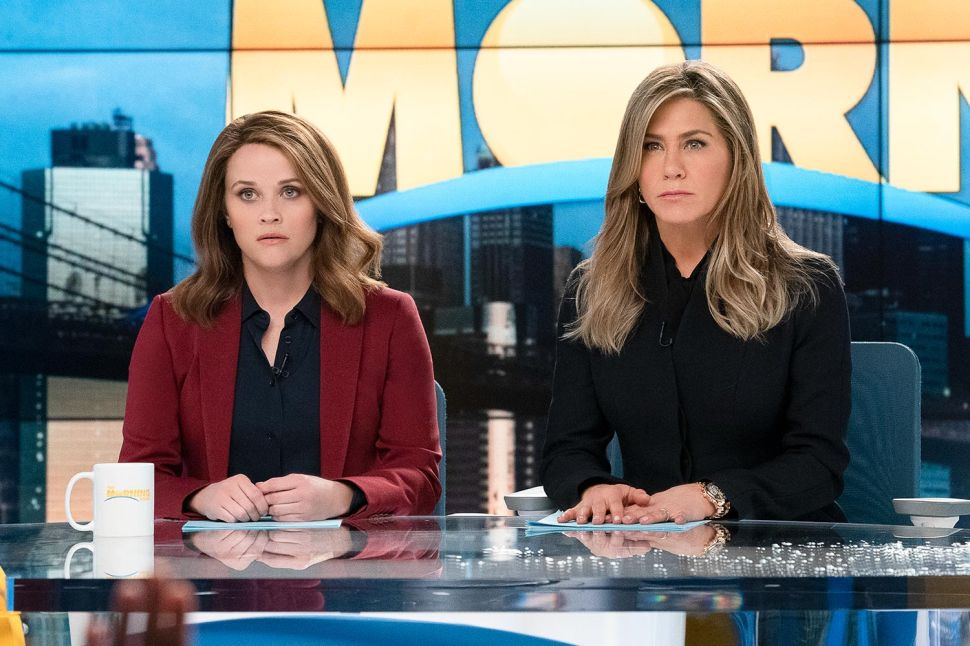