*Warning: The following contains spoilers for HBO’s The Outsider*

As they say about death, it beats the alternative. Yet living with trauma, knowledge of the inexplicable, and most devastatingly, doubt, is a burden often too great to bear.

“Must/Can’t,” the often engrossing though undeniably uneven finale to HBO’s Stephen King-inspired limited series The Outsider, leaves both its characters and its viewers in doubt. Not only in regards to what has transpired over these 10 tense, introspective, but occasionally glacially paced episodes, but of what may come creeping out of its aftermath.

SEE ALSO: Exclusive: George Clooney Set to Direct ‘The Boys in the Boat’

Our heroes have been studiously tracking a supernatural evil, but not before wrestling with the implications of its very existence. How do we continue onward when our innate system of beliefs, the basic understanding that governs our very being, is shattered beyond repair? Holly Gibney (Cynthia Erivo in a carefully calculated performance) is a believer in the otherworldly, as anyone who has read King’s Bill Hodges trilogy knows all too well. Ralph Anderson (the perpetually great Ben Mendelsohn) is slower to loosen his grip on a logical universe. It’s no surprise then that both characters are at the center of last night’s most glaring WTF moments.

The appearance of two ghosts in the cave and Jack Hoskins’ re-appearance in the mid-credits scene are somewhat quantifiable.

Upon first viewing, I chalked up these ghoulish apparitions in the cave to be victims of the cave collapse all those years ago. But upon further inspection, the boy on the right is clearly Ollie Peterson, Frankie Peterson’s older brother who was killed by Ralph after he murdered Terry Maitland. The boy on the left is then most definitely Derek Anderson, Ralph’s late son. It fits as not only has Ralph dreamt of both throughout the season, even going so far as “speaking” with Derek, but The Outsider has shown a clear willingness to blur reality and fantasy, especially through the lens of the villain’s abilities. Their appearance may indicate a surviving element of the Outsider, much like Voldemort’s spirit clinging to life in different ways in Harry Potter.

Jack’s flash-reappearance in Holly’s mirror, and Holly’s dreaded scratch, are even more substantive clues to the monster El Cuco’s potential survival. Could it be preparing to steal Holly’s face and mind next, creating a psychological link to the most capable hero of our series? Did it transfer its being into Holly after enduring a shotgun blast, a knife to the hard, an impalement and a stone to the head?

Rather than focus on the granular specifics, perhaps we’re meant to feel deliberately unsettled. There are elements of the uneven “Must/Can’t” that feel less like a conclusion and more like an uneasy tease and, to be sure, there are a handful of plot threads left dangling. The idea of what else is out there in the world, lurking in the darkness, permeates nearly every conversation about the supernatural in The Outsider (and Holly’s other book appearances). With upwards of 8 million weekly viewers across all platforms, HBO is in a position to order a second season if they so choose.

King’s The Outsider comes complete with a definitive ending. But this is 21st century entertainment, where even limited series come complete with a Marvel-like post-credits scene. As such, “Must/Can’t” can frustrate viewers with its lack of clarity and pacing juxtapositions. But that lingering doubt—that despite the blood and pain and loss, our heroes still have not yet truly won—is a psychological wound that will fester within the souls of our characters…and entice curious viewers to return once more. 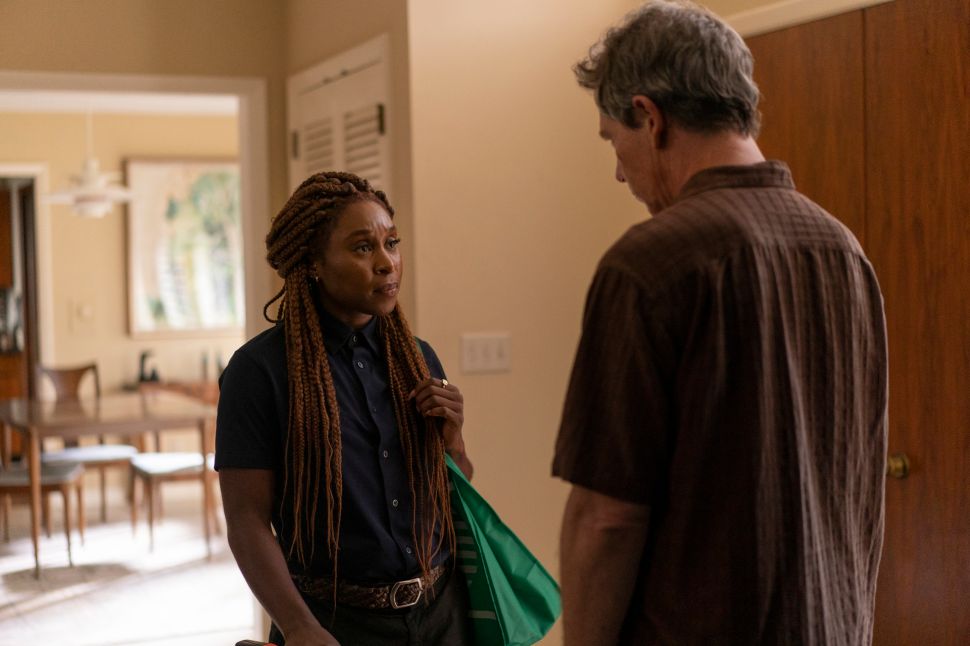