Based on one of the endless James Patterson crime novels that hit the screen like flies and always leave an ugly stain, The Postcard Killings is a lurid, tasteless crime procedural about a plague of serial slaughters by a pair of particularly demented maniacs roaming across Europe torturing and mutilating young newlyweds and leaving their victims nude and positioned to resemble famous works of art. It’s more gruesome than I dare to describe.

Bosnian director Danis Tanovic made a gripping war film in 2001 called No Man’s Land. He seems to have forgotten the suspenseful elements that then drew high praise from audiences and critics alike. In The Postcard Killings, he settles for insufferable talk and unspeakable gore. The star is Jeffrey Dean Morgan, a veteran of numerous TV series from Grey’s Anatomy to The Walking Dead. His gruff appeal is wasted here in the one-dimensional role of Jacob Kanon, a New York detective for 30 years who is decimated when his daughter and her husband are murdered on their honeymoon in London. After a drunken binge, he is persuaded by his estranged wife Valerie (Famke Janssen) to pull himself together and travel to the U.K. in the style of Humphrey Bogart (and more recently, Liam Neeson) to investigate.

When he gets no help from the British police, he takes on the case alone and discovers another couple has been killed in a similar fashion in Madrid. As the film plods on, more newly married couples turn up in Munich, Brussels and Stockholm replete with closeups of gouged out eyeballs, severed arms and sewn-together lips. The killers precede each arrival by sending a postcard to a local journalist. The clues are intriguing, and how they lead to a final showdown on a snowy road in Helsinki is part of the fun.

The problem is, there is no fun. A puzzle of many twisted parts is played out by a large, badly directed cast that includes the detective’s wife, a pair of passionate lovers who may or may not be siblings dedicated to incest, a New York prison inmate (versatile, under-appreciated Denis O’Hare) serving a life sentence, and a journalist (Cush Jumbo) who writes a column about an American living in Sweden. Their connections to the works of art on the postcards probably read better in the best-selling Patterson novel (which was co-written with Liza Marklund) than in the inert screenplay adapted by Andrew Stern and Ellen Brown Furman. The script seesaws up and down between subplots while Jeffrey Dean Morgan slogs his way through the whole thing with one expression. He is very good at emotional breakdowns, and does them often. Sort of keeps you awake, if you know what I mean. 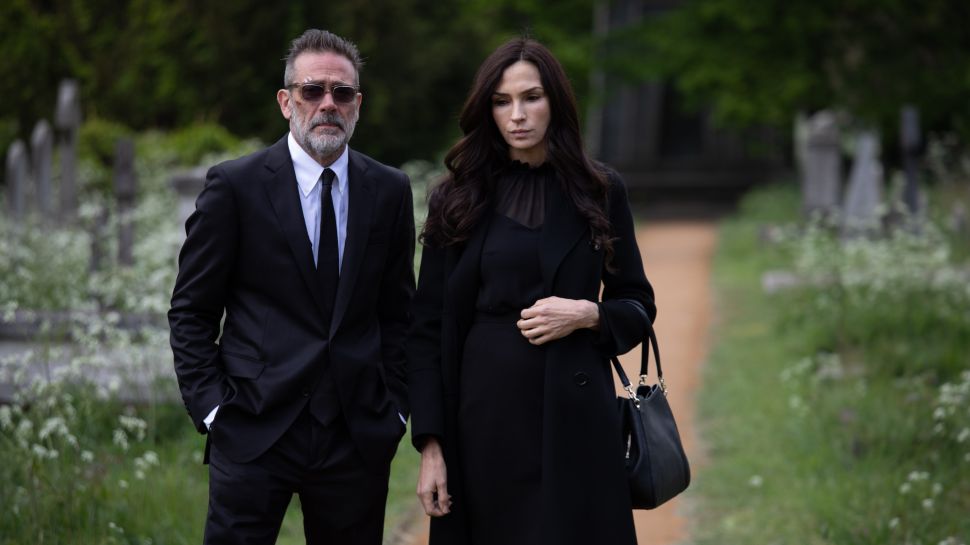