With accomplished actors on the artistic level of Javier Bardem, Elle Fanning, Laura Linney and Salma Hayek on board, one has a right to expect a great deal more than the crashing boredom pretentious avant-garde writer-director Sally Potter throws at us in The Roads Not Taken.

Just what we need in this time of medical tumult, social anxiety and world ennui—a paralyzing study in mental meltdown and crippling dementia! Javier Bardem plays an aging writer who left his native Spain 20 years earlier, became an American citizen, and now regrets every minute of it. That explains the title. What nothing explains, in the toxic screenplay by director Sally Potter (Orlando), is why anyone cares. The exception is the old man’s long-suffering daughter Molly (Elle Fanning) who watches him in his dirty, wrinkles bed sheets awake, staring at the ceiling, refusing to answer the door or the telephone, convinced that life has been reduced to a celebration of pain.

SEE ALSO: The Amateurish ‘Inside the Rain’ Fails on So Many Levels

Reclusive and withdrawn from the outside world of cruelty and indifference, Mr. Bardem gives a monosyllabic performance of few words and much overwrought hysteria. The most verbal he gets is calling out for a dog named Nestor who’s been dead for years. Ms. Fanning washes his soiled pants, holds his mouth open at the dentist, and drags him to the hospital when he falls out of a taxi and splits his head open. A great chunk of the running time is devoted to dysfunctional suffering and passive facial grimaces—two qualities the versatile, nuanced Mr. Bardem usually avoids. Laura Linney, as his ex-wife, appearing in a variety of meaningless time frames that confuse instead of clarify, and Salma Hayek, as a mistress from his past he continually cries out for, re-define my description of wasted talent.

After an hour of this tedium, you stop worrying about where this disaster is going—or if it’s going anywhere at all. In the end credits, 28 producers are listed for an 85-minute film that doesn’t appear to have even had one. 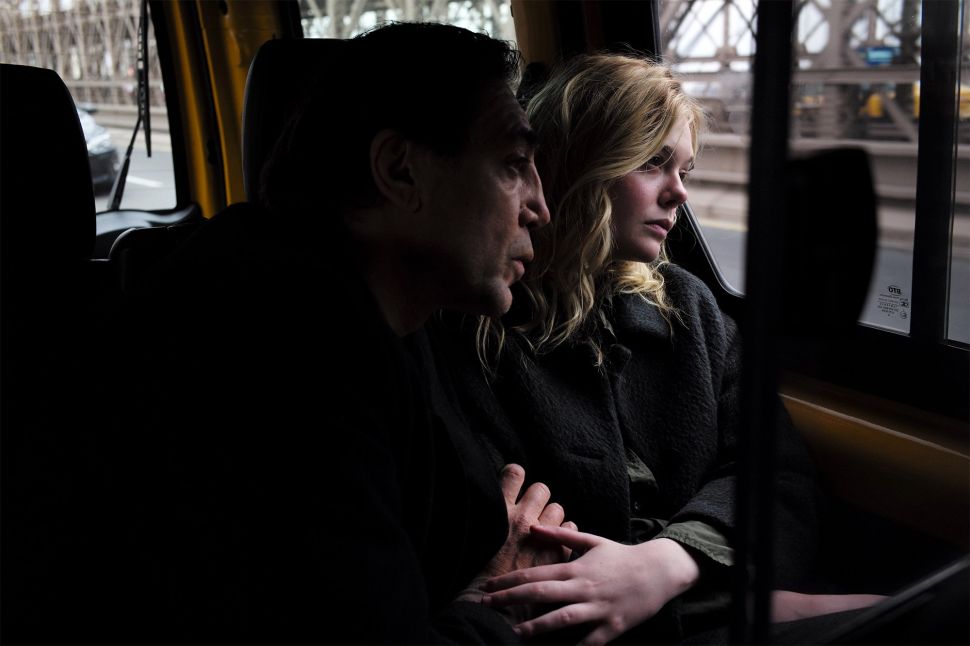