There’s no getting around it. The Way Back, directed by Gavin O’Connor from a script by Brad Ingelsby, is a personal reflection of its star Ben Affleck’s struggles with alcohol addiction masquerading as a basketball movie. This is not a spoiler alert. The star has been open and honest to a fault about his illness in recent interviews and this is his chance to publicly come out of the booze closet about his pain and the consequences of recovery. It’s a finely tuned performance and he embraces it honorably.

In the dismally smoggy Los Angeles suburb of San Pedro, Mr. Affleck, in his most galvanizing role since suicidal actor George (“Superman”) Reeves in Hollywoodland, Mr. Affleck plays Jack, a brutish, heavy-drinking construction worker deep in the vise of addiction (he can’t even take a shower without a can of beer in the soap dish). Separated from his wife (Janina Gavenkar), fed up with the interference of his sister (Michaela Watkins) as a buffer, and festering with volcanic rage, Jack seems doomed to a life of misery. Then, out of the blue, a chance for redemption arrives when the basketball coach in the local Catholic high school suffers a heart attack and Jack is asked to take over the second-rate team, which has been on a losing streak since Jack was once a student and a promising athlete in the same school.

He thinks of every practical reason why he should say no, but finally gives in, bringing order, discipline, and a new respect for basketball to the beleaguered team and finding the motivation in himself to control the drinking. He finds unexpected inspiration, friendship and support among eager players and gruff colleagues, and although it is doubtful that Jack will ever fully rehabilitate himself, it is to the credit of the film’s creative team that The Way Back never sinks to the level of soft-hearted sentimentality and Hollywood false hope so familiar in films about broken men who reinvent themselves through a passion for sports.

The plot may be formulaic, but there’s nothing predictable about Ben Affleck’s commitment to the role of Jack, or the subtlety and sincerity with which he plays it. He’s put on some weight and is beginning to show his age in a most agreeable way, but considering all he’s been through in his personal life, who can question why? He’s still a fine, often underrated actor, and the unimpeachable victory and atonement he demonstrates in The Way Back proves it. 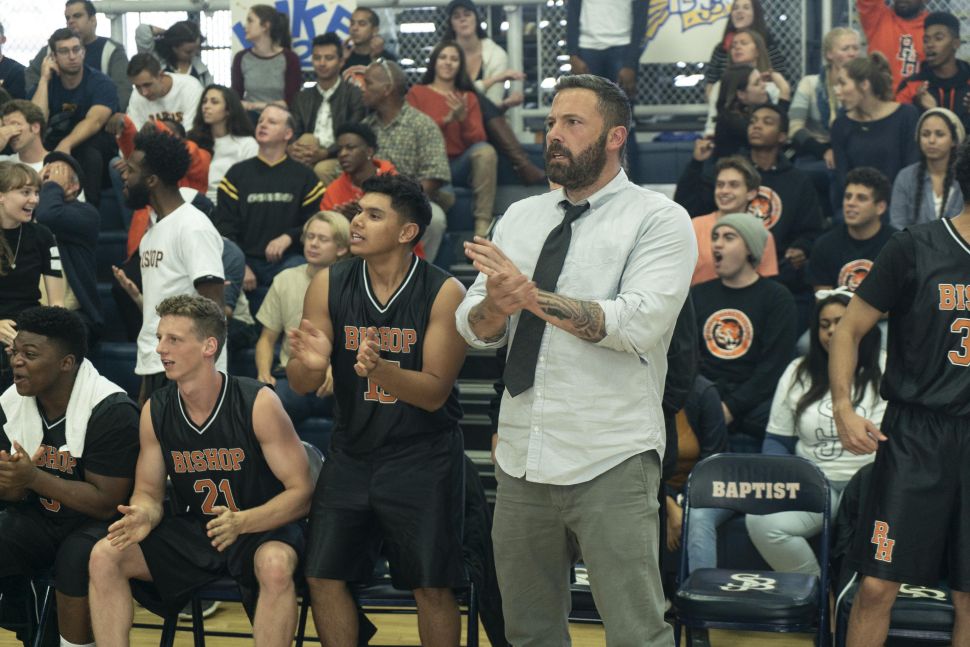