Recently we shared a dozen tips on how you can get a live-ish theater experience in your home through various streaming platforms and social-media pop-ups. After the show is over and you’ve shed a tear or had a much-needed laugh, the question remains: What can I do to help? The big movie studios will survive. Netflix, Amazon, Hulu will do fine—more than fine, they’ll make a killing. People in the live entertainment business are hurting. Here are five ways you can spend some cash you may be saving while self-isolating.

SEE ALSO: The Shows Must Go Online: 12 Ways to Stream the Stage

Donate to the Actors Fund and Broadway Cares/Equity Fights AIDS

Two of the biggest fundraisers in the theater world are ready to funnel money directly to out-of-work actors, dancers, designers, directors, writers and a huge variety of folks now unemployed due to the shutdown. Give to the Actors Fund here, and contribute to Broadway Cares/Equity Fights AIDS here. The latter’s COVID-19 Emergency Assistant Fund has already nearly hit half of its million-dollar goal.

Donate Your Purchased Ticket to the Theater

Like it sounds, if you had a ticket, donate the amount to theater so it doesn’t lose the revenue. If you really want to show you care, donate the amount of tickets shows you planned to buy this month and next. If you insist on getting some bang for your buck, then go ahead and buy a ticket to stream a brand-new, pre-recorded show by A.C.T. in San Francisco or at the Rattlestick Playwrights Theater in NYC. Tickets to a recording of Ren Dara Santiago’s The Siblings Play are now on sale online at the Rattlestick. Starting March 23, patrons who purchased tickets prior to the cancellation, along with new ticket buyers, will be able to watch a recording of the production until midnight on Sunday, April 5. View-at-home tickets are $15 and can be purchased by visiting rattlestick.org or calling 212-627-2556.

There will be another season, dammit. Summer may be a time of repair, rebuilding, and taking stock, but let’s hope by the fall theaters will be open and audiences hungrier than ever. Don’t sleep on this and be left in the cold. Take your pick for a season subscription to: the Public Theater, Roundabout Theatre Company, Second Stage Theatre, Vineyard Theater, Mint Theater Company, Soho Rep, St. Ann’s Warehouse… Invest in the future.

Give to a Small Theater

This is where your generosity can have the biggest impact. Theaters with 99 seats or fewer—i.e., Off-Off Broadway houses—use every donated dollar to pay the rent, keep skeleton staffs on the payroll, and generally stay alive in desperate times. Some off the top of my head: The Brick, The Tank, Bushwick Starr, Jack, and many, many more. Or just give to an organization that is keeping tabs on the most needy and can distribute fairly: Indie Theater Fund.

The International Alliance of Theatrical Stage Employees, Moving Picture Technicians, Artists and Allied Crafts of the United States (IATSE) has been circulating a petition encouraging you to tell Congress to include displaced entertainment workers in its relief package. Put your name on letters to Senators Gillibrand and Schumer. Even die-hard partisans of small government have come to realize that only trillions of federal dollars are going to avert a national disaster, which threatens the fabric of society and untold lives. And that’s not just being dramatic. 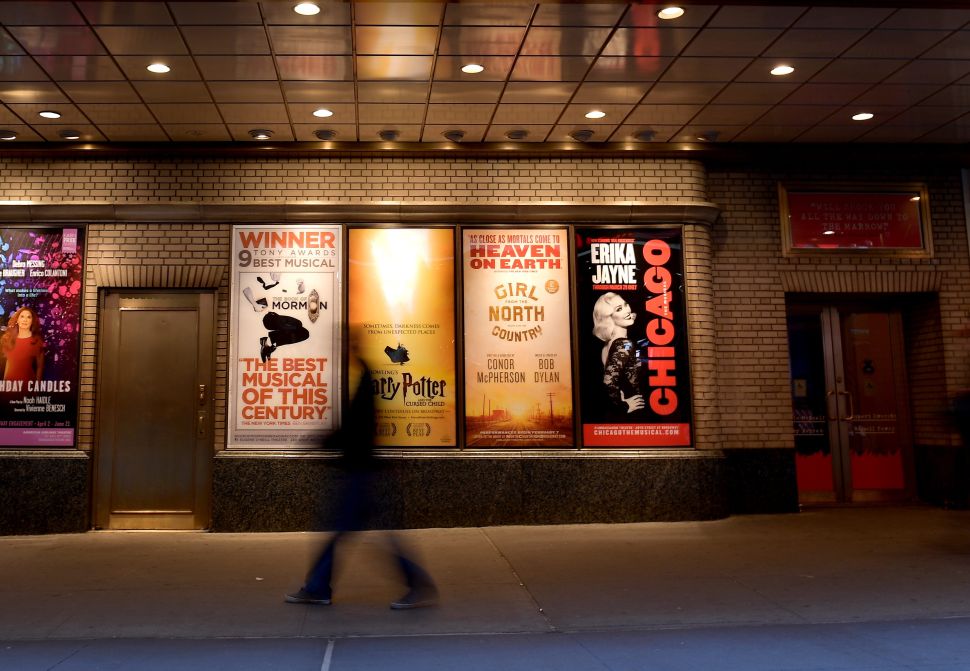