Theater tends to look back—even if the attitude produces neck strain. The most successful musicals on Broadway are set centuries ago (Hamilton, Moulin Rouge!) or in timeless milieus (Wicked, Hadestown). Even though play-makers should have the low-tech ability to address current events with a strong script and handful of actors, the stage will always lag behind TV and film for reportage or visions of tomorrow. And guess what? That’s OK. New York’s theater clears a space to contemplate human behavior and morals—stuff that changes really, really slowly. So this spring on and Off Broadway, there are many revivals and memory plays, a window into the past—and maybe also the future.

“Divorced, beheaded, died; divorced, beheaded, survived.” Any British schoolkid will recognize that mnemonic for the fates of Henry VIII’s six consorts—the unlucky ladies whose fates were tied to the toxic Tudor. In what sounds like a college goof (in fact, it began as a college goof, then became a hit at the Edinburgh Festival Fringe) two writers created a song cycle in which each of the wives has her say, concert style, to kickass backing and vocals that call to mind Beyoncé, Avril Lavigne, Ariana Grande and others.

The Minutes at Cort Theatre (March 15)

Following up last year’s middle-aged horndog dramedy Linda Vista, Tracy Letts is back with a Trump-era political fable about the all-American town Big Cherry. At the town council, the agenda is packed with the usual banal business you’d expect—parking tickets, stolen bicycles, Kiwanis club plans—but devolves into something much more primal and savage. The to-die-for cast includes Armie Hammer, Jessie Mueller and Letts himself.

Stephen Sondheim’s 1970 musical about marriage, dating and the minefield that is romance in the big city returns to Broadway. Even though we live in the age of Bumble and Hinge, not much has changed about the search for love. Still, this revival—directed by the fantastic Marianne Elliot (Angels in America)—offers a major twist. The central character of commitment-phobic Bobby, written as a man, is now a woman, and what a woman: the amazing Katina Lenk (Tony winner of The Band’s Visit).

No, it’s not a revival of Lynn Nottage’s heartbreaking 2004 play about an African American seamstress who gets sewn into the lives of her clients in 1904 New York. This is an operatic adaptation. Composer Ricky Ian Gordon collaborated with Nottage to turn the period drama into a piece of music theater, and given the themes and milieu, we expect an evocative mélange of blues, ragtime and the sound of a soul being tested by betrayal.

After Tootsie closed in January, will Broadway welcome another frustrated actor who turns to cross-dressing? The hit 1993 Robin Williams film returns as a musical with a score by Karey and Wayne Kirkpatrick, the wags behind Something Rotten! Broadway trouper Rob McClure takes on the role of a voice actor who disguises himself as a portly Scottish nanny in order to keep tabs on his children and ex-wife.

For hardcore musical fans, this revival has pulses racing. Book writer-lyricist Tony Kushner and composer Jeanine Tesori caught lightning in a bottle with this 2004 pop-opera about a bitter African American maid in Louisiana circa 1963. The musical fable explores the notion of change in all its forms, from the money a working woman earns to the elusive promise of equal rights. English newcomer Sharon D. Clarke has the titanic title role.

How I Learned to Drive at Samuel J. Friedman Theatre (April 22)

Take Me Out at Hayes Theater (April 23)

A star player on a pro baseball team comes out as gay, and his teammates are thrown into confusion in Richard Greenberg’s brainy, exhilarating sports dramedy. Originally produced at the Public and then on Broadway, the play explores concepts of prejudice, identity and team spirit in America’s favorite pastime. This Second Stage Theatre revival will test the play’s reflexes and reaction time—and maybe that of the audience.

Not the most appealing title, but what do you expect from comedy provocateur Sarah Silverman? This autobiographical musical is based on her 2010 memoir of the same name, about growing up in New Hampshire and finding her true calling. Also, pee. The pop-rock score is by Fountains of Wayne’s Adam Schlesinger and the canny Anne Kauffman directs.

Observer’s 2020 Spring Arts & Entertainment Preview is your go-to guide for everything culture lovers need to know this season. We’ve combed through the new releases about to drop across TV, movies, dance, opera, theater, the visual arts and literature to bring you our picks for how to occupy your time in the warming months to come. Theater devotees should also check out our list of the must-see opera coming this season and spring’s best dance productions. 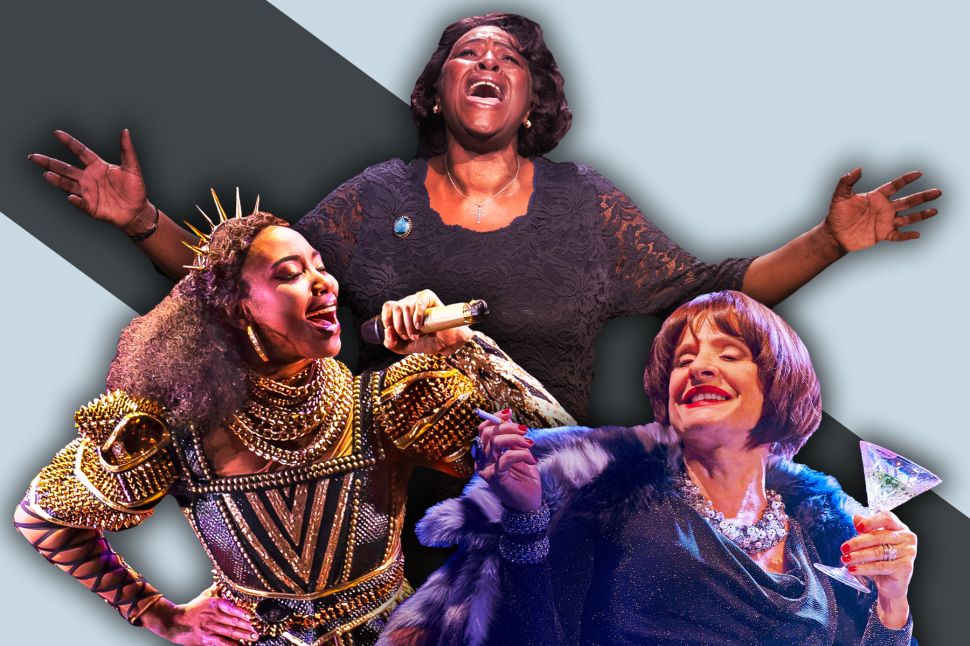