In the Season 4 mid-season finale of NBC’s This Is Us, a flash-forward revealed that Randall (Sterling K. Brown) and Kevin (Justin Hartley) were no longer on speaking terms. “How could this be” cried the voices of millions of upset fans I made up for the purposes of this transition. Well, in Tuesday night’s Season 4 finale, “Strangers Part 2,” we finally found out.

In recent episodes, a rift has begun to grow between Randall and Kevin in regards to their mother Rebecca (Mandy Moore). Earlier this season, it was revealed that Rebecca is in the early stages of Alzheimer’s disease. After deciding that she wanted to spend what lucid time she had left with her family rather than the nine-month clinical trial in St. Louis that Randall had discovered, he pushes her into changing her mind. Realizing this, Kevin and Randall engage in a brutal verbal fight that left most of us in tears.

“It had to be something that would really separate these two for a period of time in this family,” This Is Us creator Dan Fogelman told Deadline. “This is Cain and Abel type stuff between these two; this is a fight that goes back to literally their inception, through them, as alpha males, growing up during exactly the same period of time, both with widely different skillsets.”

Kevin and Randall spent most of their lives without much of a relationship and have only begun to grow close within the last few years of the show’s timeline. Throughout This Is Us, Randall has always been portrayed as the rock solid do-gooder while Kevin has struggled and often been the ridicule of fans. But this season has done a great job of developing both characters in different ways.

The cracks in Randall’s facade of invincibility have begun to show through the break-in at his home and stress from work while Kevin has matured into a responsible, caring adult while looking after his uncle Nicky and getting his own life in order. This Is Us laid the groundwork for us to understand why Randall is compelled to save his mother without siding with his questionable behavior and tactics. Similarly, it has shown us a far more empathetic version of Kevin who knows how to take care of people in a different way.

In a flash-forward, we see that Randall and Kevin are more or less on OK terms, though they don’t appear to be particularly close. The twists and turns of their relationship, as well as the new characters introduced in Tuesday’s finale, will be a point of focus moving forward throughout different eras.

“The series will be tilting into different timelines that go past present time a little bit more as we move forward,” Fogelman said. “More of that is coming, and not just in that deep deep future.” The showrunner refers to Season 5 as a “rebirth” of sorts. We’ll have to see what form that takes when the series returns. 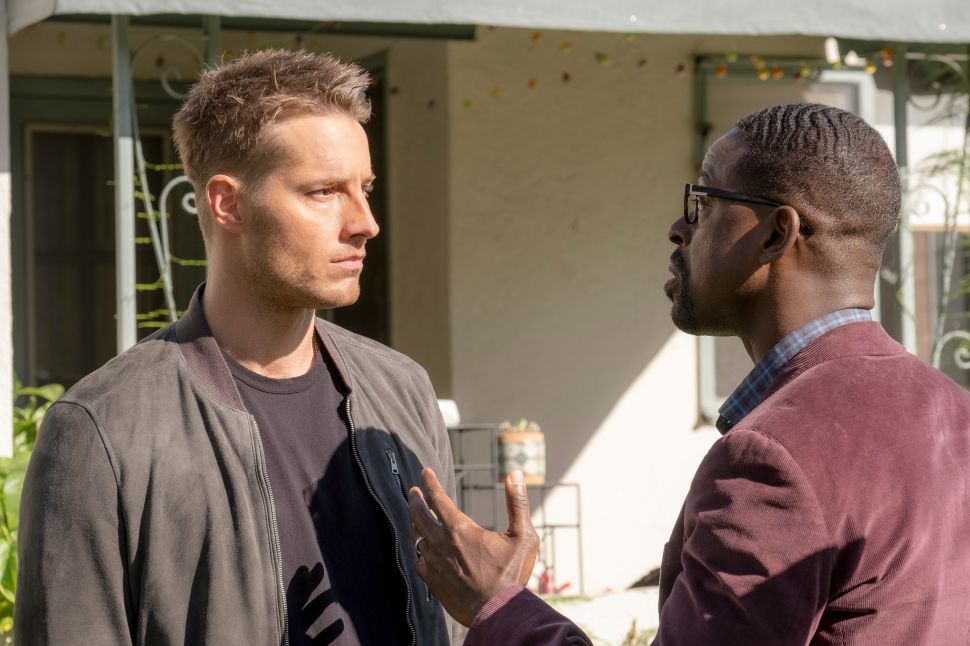