Good news, folks: actor, national father figure and all around treasure Tom Hanks and spouse Rita Wilson have a positive update to share with fans. Neither’s condition has worsened after testing positive for the coronavirus, aka COVID-19, in Australia.

The pair were down under shooting Baz Luhrman’s Elvis Presely biopic when Hanks revealed on Instagram that they had contracted the coronavirus. At the time, he noted that “Rita had some chills that came and went” as well as “slight fevers too.”

The couple were released from the hospital and quickly went into self-isolation. On Tuesday, Hanks shared another update: “No fever but the blahs,” he wrote on Instagram. “Folding the laundry and doing the dishes leads to a nap on the couch.” He considers this a win as the infection has worsened for many. Stable symptoms typically indicate recovery in these cases.

Hey folks. Good News: One week after testing Positive, in self-isolation, the symptoms are much the same. No fever but the blahs. Folding the laundry and doing the dishes leads to a nap on the couch. Bad news: My wife @ritawilson has won 6 straight hands of Gin Rummy and leads by 201 points. But I have learned not to spread my Vegemite so thick. I travelled here with a typewriter, one I used to love. We are all in this together. Flatten the curve. Hanx

While the viral outbreak continues to affect our daily lives, the knowledge that Hanks and Wilson are on the mend is at least one comforting thought in a sea of worry. Greyhound, a World War II film that follow U.S. Navy Cmdr. Ernest Krause that Hanks wrote and stars in, is now scheduled to hit theaters in June after being delayed from May.

Other celebrities that have publicly revealed that they tested positive for the coronavirus include Idris Elba, Quantum of Solace co-star Olga Kurylenko, Game of Thrones co-star Kristofer Hivju, and actress Rachel Matthews. Celeb couple Ryan Reynolds and Blake Lively have pledged $1 million to food banks amid the coronavirus pandemic. 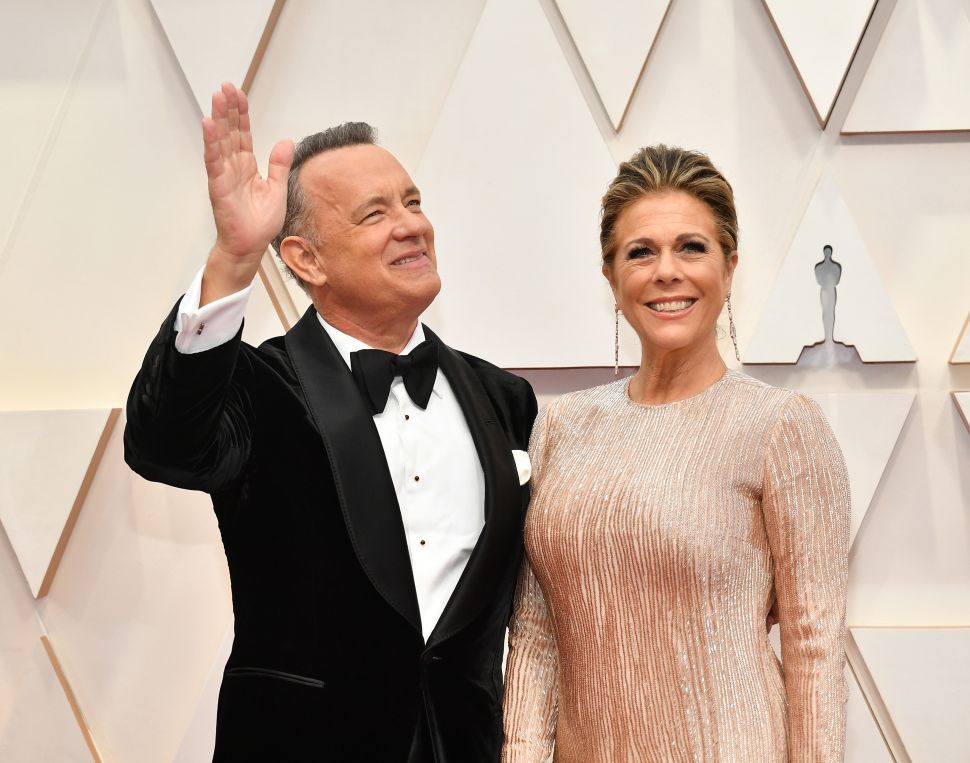