When Tory Burch set out to build her namesake fashion brand in 2004, what she really envisioned to accomplish was to create an organization that could help other women succeed. “Investors didn’t like it when I told them that if the company was successful, I was going to support women entrepreneurs. I was repeatedly warned by one of our first investors: don’t use business and responsibility in the same sentence. But I did it anyway,” she told Observer in 2018, not long after she launched the Tory Burch Foundation, a nonprofit focused on advancing women’s empowerment and entrepreneurship.

Headed by Laurie Fabiano, a former vice president at Robin Hood Foundation and deputy mayor of Hoboken, the Tory Burch Foundation has provided over $800,000 in grants through its fellowship program and over $57 million in loans through a partnership with the Bank of America to women-owned businesses since establishment in 2014. More importantly, it is a stepping stone for resource-deprived, often first-time founders to break into the high-barrier world of venture capital.

SEE ALSO: Tory Burch Wants to Change the World—But, No, She Isn’t Running for Office

“The connections we made through the Tory Burch Fellowship had a huge impact in our seed round of funding, and those investors continue to stay with us,” Purva Gupta, founder of Lily AI, a retail analytics tool that studies and analyzes consumer emotion using artificial intelligence, told Observer. The company raised a $12.5 million series A in January.

“Not only did they curate a spot-on program for the fellows but were so authentic in creating connections,” Gupta added. “Everybody from Tory herself to program directors personally took care of making intros, opening doors for fellows.”

On Thursday, the foundation held its second Embrace Ambition Summit in New York City. In an interview with Observer ahead of the event, Burch opened up about her day-to-day involvement with the foundation, advice to aspiring founders and her own career stories.

To what extent do you participate in the foundation’s operation, whether it’s screening candidates for programs or running events for the Embrace Ambition Summit?

I am very involved. The work our foundation does is incredibly important to me. It is the reason I started our company. Our #EmbraceAmbition Summit is free. To attend, we asked people to write an essay about how they embrace ambition and shatter stereotypes. We received over 2,600 essays this year, and I read every single one.

Our whole company is involved in the foundation’s work, from employees reviewing applications for the Fellows Program to mentoring entrepreneurs.

Are there any startup pitches from your program candidates that you particularly liked lately?

We have some extraordinary entrepreneurs in our programs. One who comes to mind is Sashee Chandran, who founded a great company called Tea Drops. She received a $100,000 grant through our Fellow’s Program, which she used to create new product lines and packaging. She later closed a $1.9 million round of seed funding, and now her sales are incredible.

What questions do you get asked most often at the Embrace Ambition Summit, either from speakers or attendees?

I often get asked what it means to embrace ambition. I think there is a misconception that ambition has to be related to the workplace—not true. Your ambition can be to raise children with integrity or to make a difference in your community. Embracing ambition means owning your desire to grow and thrive. The key is being ambitious in all that you do—whether that’s starting a company, running for office, having a family or all of the above.

You’ve shared your story of founding Tory Burch at other events an in previous interviews with us. Did you have a role model when you first started out?

My mother is my role model in business and in life. I began thinking entrepreneurially by watching her. She turned her passion for gardening into a flower business when I was young, when women entrepreneurs were even rarer than they are today. She taught me that there are no limits to what women can achieve.

Was there a particularly difficult time during your 16 years of running the company?

I’ve had plenty. I remember hearing that every business hits an inflection point at the ten-year mark, and that was definitely the case for us. We needed to react to what was happening around us, particularly the rise of digital [retail]. It took us three years to pivot and shift more resources toward that side of our business. It was challenging but rewarding.

What hands-on advice would you give to women entrepreneurs on starting a business from scratch?

Know that there is no such thing as an overnight success. Doing a startup is exceptionally difficult. Be prepared to work hard and accept there will be late nights and working weekends. There are no shortcuts, but if you have the drive and passion to see it through, it is so worth it.

What’s your vision for the foundation in five, ten years?

Our hope is to expand our foundation internationally and continue growing our global #EmbraceAmbition campaign. This is a message that is relevant to all women.

Correction: This article has been updated with correct information about the Tory Burch Foundation’s founding year and loan amount. 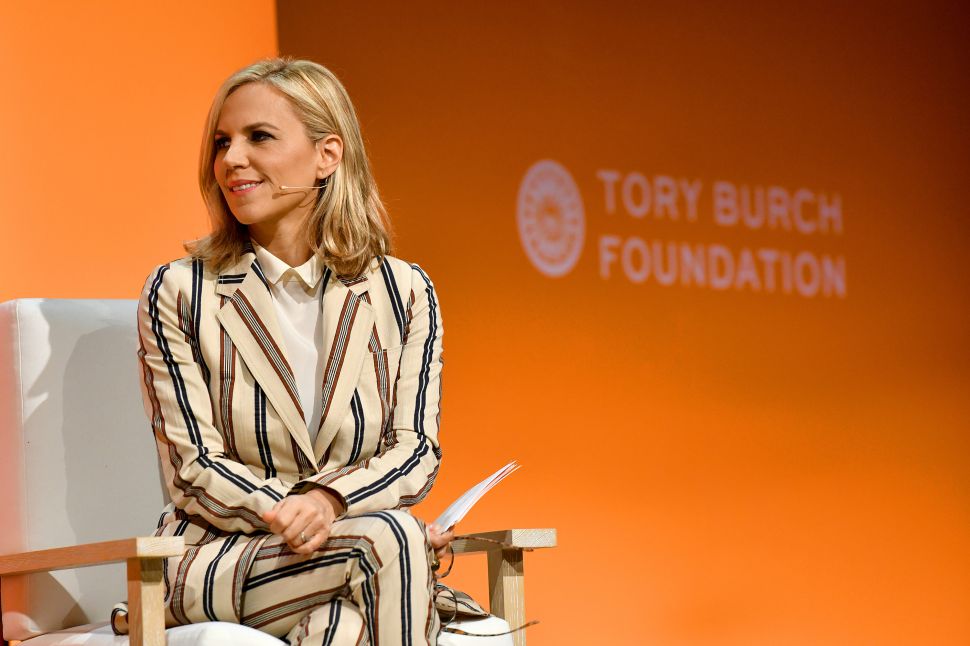