The influential and celebrated German performance artist Frank Uwe Laysiepen, who went by the name Ulay, died on Monday at the University Rehabilitation Institute in Ljubljana, Slovenia, after an extended battle with lymphatic cancer. Ulay rose to fame in the 1970s during his time as a consultant photographer for Polaroid, when he was given access to a nearly-unlimited amount of materials with which to experiment and subsequently created a wealth of innovative “auto-portraits” that flirted with fractured identities, separation and self-mutilation. However, Ulay was perhaps most widely known for the collaborative “relation works” he produced alongside Marina Abramović, his former lover.

Together, Abramović and Ulay pushed boundaries and often shocked audiences via their pursuit of the mutual dissolution of ego, whereby the two the theoretically merge and become one artistic being. For example, in the piece Light/Dark from 1977, the pair sat across from one another and repeatedly slapped each other in the face. Years after their breakup both romantically and as artistic partners, the two artists reunited during Abramović’s 2010 “The Artist is Present” exhibition at the Museum of Modern Art, prompting a tearful viral moment that instantly catapulted the two into the wider public consciousness.

However, Ulay’s individual output, which included everything from body modification to conceptual portraiture, was just as thrilling as his former partner’s. For Ulay’s 1976 performance (the artist preferred the word “action”) There is A Criminal Touch To Art, he carefully orchestrated the theft of the painting The Poor Poet by Carl Spitzweg from the the New National Gallery in Berlin. Why? The painting was known to be Hitler’s favorite, and Ulay wanted to temporarily steal it as a “protest action, first of all against the institutionalization of art, secondarily about discrimination against foreign workers.” More recently, Ulay, fighting lymphatic cancer, turned the illness that would eventually kill him into a film that followed him around the world for a year of his life as he traveled from Berlin to New York to Amsterdam. The title of the resulting film is Project Cancer.

The artist’s lifelong ambiguity and curiosity was perhaps best described by Chrissie Iles, a curator at the Whitney Museum of American Art, in a trailer for Project Cancer: “Ulay moves like through time and through different ideas and they are not fixed, just as photography is not fixed.” 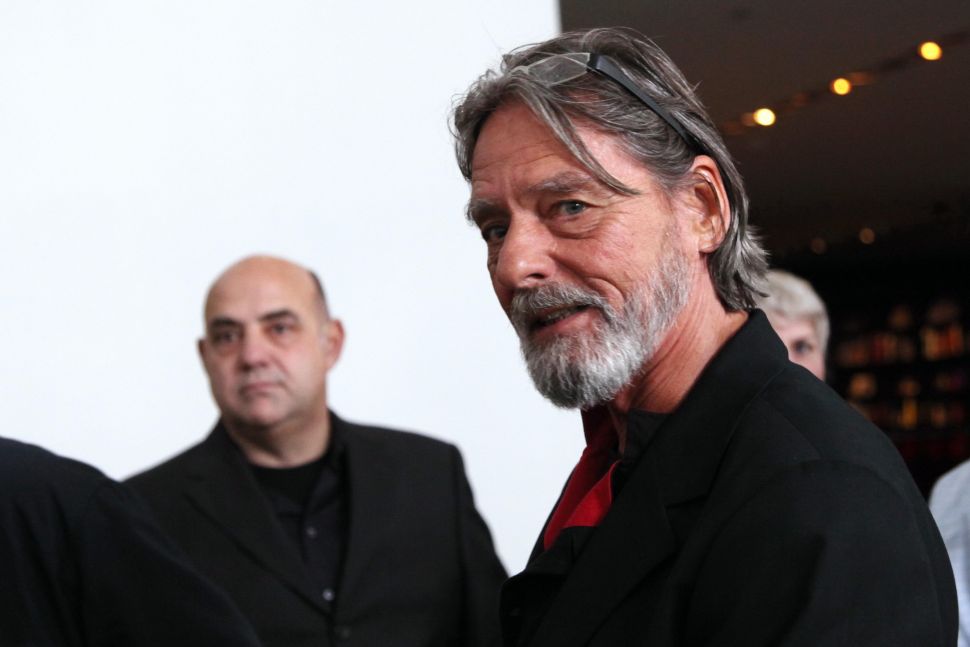