On Sunday alone, Italy reported 368 new deaths from coronavirus, making the European country one of the hardest-hit communities so far in the onset of the global pandemic. Italy’s medical services are currently incredibly strained, funerals have been temporarily suspended throughout the country and all forms of public gatherings have been banned in Rome, so colleagues and admirers have mostly had to go online to mourn renowned Italian architect Vittorio Gregotti, who was among those who succumbed to the coronavirus on Sunday. Gregotti, who was 92, died in Milan, the city where the architect designed perhaps his most meaningful creation: Teatro degli Arcimboldi, an opera house and theater that is located in the Bicocca area and which now stands temporarily silent.

Back in 2001, Milan’s famed La Scala opera house was scheduled to undergo a three-year closure, during which time the institution would also be renovated. Gregotti’s Arcimboldi Theater was built in anticipation of the closure of La Scala, presumably in part so that Milanese opera fans would not be denied the delights of opera music just because their main public point of access to it was temporarily shut down. Gregotti’s opera house also makes wonderful use of pre-existing architecture in that it resides within a former Pirelli tire factory, and the architect’s design ultimately resulted in a 2,375-seat auditorium, a concert hall with ceilings approaching 50 feet and a stage of significant depth and presence.

Furthermore, when La Scala eventually reopened, the Arcimboldi Theater significantly expanded its programming to include many other genres of music and theatrical forms, making it an invaluable cultural institution in Milan. It’s heartbreaking that coronavirus, which is claiming the lives of so many, has not only killed Gregotti but has also temporarily halted the rich rewards of civil togetherness that are fostered by the kinds of spaces he designed. Gregotti will almost certainly not be the last creatively established person to succumb the virus, and as the weeks drag on, it’ll be increasingly essential to recognize that culture will carry us through this crisis. Without artists, we have nothing. 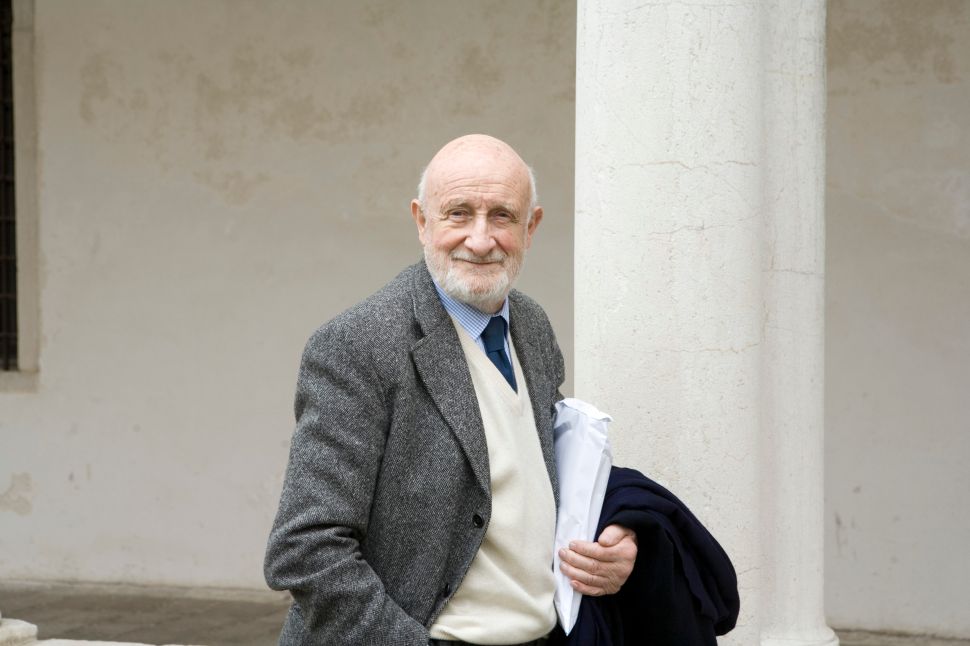