The children of Hollywood superstars Will Smith and Jada Pinkett Smith are known to be free-thinking eccentrics, but Willow Smith in particular has already set an interesting artistic practice in motion during the course of her 19 years. After releasing the hit song “Whip My Hair” at age 10, Smith essentially withdrew from the pop world in order to become a much more alternative artist. Tonight, at 9 p.m., Smith and her friend Tyler Cole will kick off a 24-hour performance art piece (with reprieves for bathroom breaks, sleeping and eating) at the Museum of Contemporary Art’s Geffen Contemporary in Los Angeles.

The performance piece will involve Smith and Cole visibly cycling through eight separate stages of anxiety: “paranoia, rage, sadness, numbness, euphoria, strong interest, compassion and acceptance.” They will be doing this while visible to the public through a pane of glass, and throughout the duration of the day spent performing, the artists will be painting and writing affirmations on three walls made out of canvas. According to Smith and Cole, the idea for the performance piece came to them while they were working on a joint musical album called The Anxiety, which will be released after the performance concludes.

“This is not so that people are like, ‘Oooh!’ This is for awareness,” Smith explained to the Los Angeles Times. “The first thing we’re going to be writing on our title wall is something along the lines of: ‘The acceptance of one’s fears is the first step toward understanding.’ So then you know this is on something real. This is for a real cause.”

No one who’s conscious of the horrible calamities currently befalling the world would doubt the validity of a young person’s anxiety. For example, how are we all supposed to cope with the possibility that climate change will soon destroy the Earth as we know it? However, extreme earnestness doesn’t necessarily translate to great art. It’ll be interesting to see how Smith’s artistic practice evolves as she spends more and more time grappling with life’s contradictory truths. 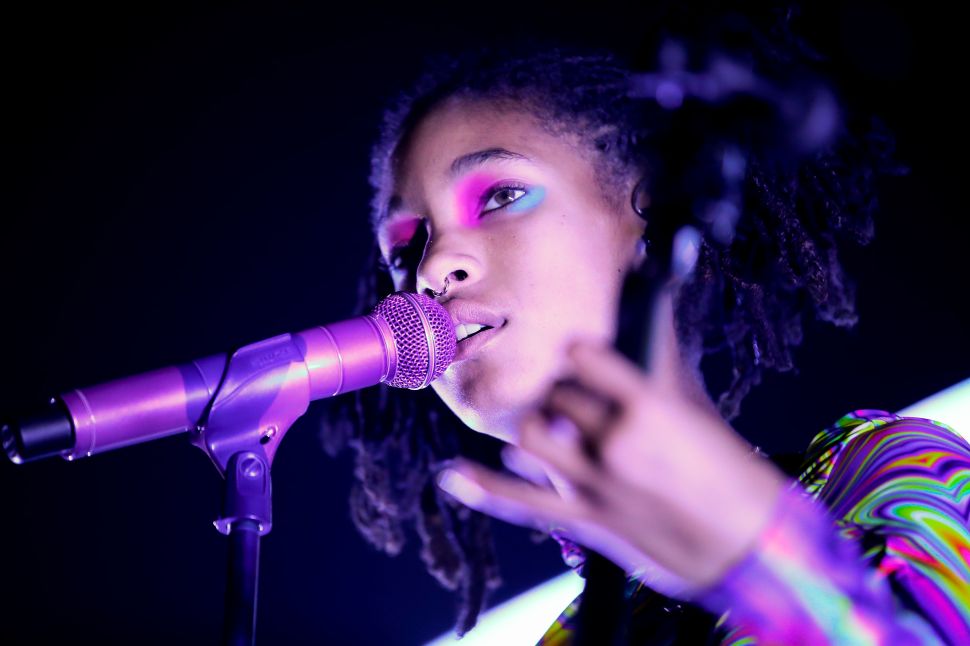