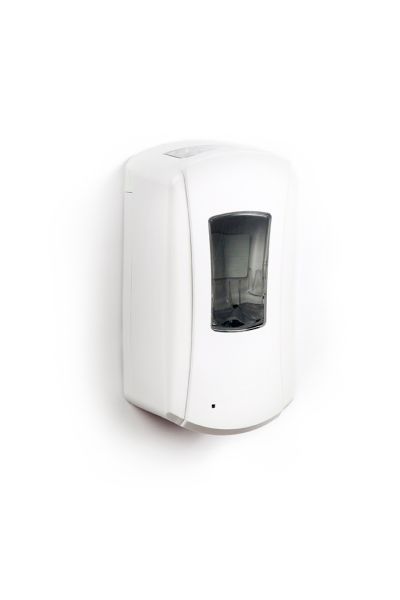 “So clean yet so gnarly!” exclaims Brooklyn artist Zoë Sheehan Saldaña, churning swelled Carbomer, which she made by combining acrylic gelling agent overnight with water, into her ethanol and water blend. Working outside at Bushwick’s Cooper Park, we are steps away from concocting a batch of hand sanitizer, the emblem of our global survival strategy amidst the Coronavirus outbreak, which has taken its toll over the art world itself as much the industries it heavily relies on, such as tourism, air travel and manufacturing.

In fact, Sheehan Saldaña has been busy making disinfectant gel for years, and had some available for public use at least since last November, months before Covid-19 led to abrupt global closures for the foreseeable future. That batch of handmade sanitizer was created to be exhibited in and used her solo exhibition, “There Must Be Some Way Out of Here,” that was on view at the Aldrich Contemporary Art Museum until it too closed. In that show, Sheehan Saldaña installed a usable hand sanitizer dispenser, alongside other mundane objects she patiently handmade. “I am not a masochist, although I may seem like one,” she humorously explains. For her, it’s a sort of investigation into the everyday craftsmanship we take for granted, and making art that “functions as fake, but a real fake.” I.e. how does your estimation of what’s in a Purrell bottle change if you find out it’s not Purrell but rather painstakingly handcrafted? How has your understanding of a Purrell bottle changed even in the last few weeks?

The exhibition’s introductory text is applied onto the wall with an ink the artist created by mixing oak gall with gum arabic. From Mop, 2012, a hand-spun cotton cord mop, to Paper Towels, 2009, individually embossed and folded paper towels created at Brooklyn’s Dieu Donné Papermill, the artworks in the exhibition, organized by Glenn Adamson, demurely hide their meticulous hands-on processes. Their uncanny resemblance to mass-produced objects almost beg to be used—but they’re changed through the labor one understands has gone into their making.

Milkweed-fiber fluff-filled vests, titled Life Jackets, 2008-2009, or Strike Anywhere, 2007-2008, a polar wood, wax, and gelatin matchstick created in collaboration with a CUNY chemistry professor, evoke familiar senses of urgency; however, no object taps into our current yearning for survival perhaps as much as Hand Sanitizer, 2010.

Hung unassumingly near the exit, the participatory dispenser was recently joined by numerous “real” hand sanitizers the museum placed across it’s galleries to prompt public hygiene, before shutting down due to the virus’ rapid spread. “Art institutions are for the public to gather and contemplate, so it’s hard for us to keep our doors closed,” the Aldrich’s executive director, Cybele Maylone, told Observer.

Maylone had been observing visitor reactions for Sheehan Saldaña’s sanitary dispenser shift during its run since fall. “The work has changed meaning, from experimentation to urgency—people were initially disinfecting out of curiosity, but lately it was a result of need.” During its closure, the museum hopes to remain accessible through its surrounding public sculptures, including another bitterly-appropriate piece by Tom Friedman: Hazmat Love, 2017, showing two figures in anti-hazard suits engaging with one another in shock and ambiguity. 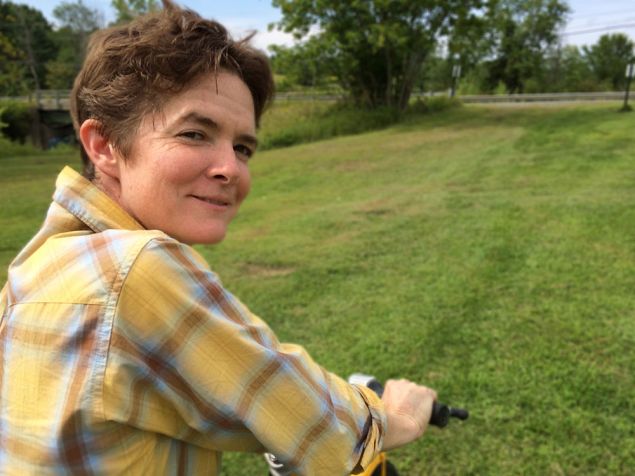 Sheehan Saldaña made her first hand sanitizer a decade ago, after experimenting with homemade moonshine using corn, barley and wheat. “After reading about the need for hand sanitizer among the troops overseas, I realized I could use the same recipe to create disinfecting gel,” she remembers. Fascinated by the idea of the “generosity economy” and people sending out care packages to military, she replaced the sanitizer inside generic Purell bottles (which were somewhat designed to resemble grenades) with her own handmade batch and “let the beast make its way into the world for the first time.”

In many ways, Sheehan Saldaña’s work is made for moments like now. “My work exists outside gallery or museum walls, so it’s often challenging to exhibit inside a white cube,” she says. “When will the audience stop considering the life jacket on the wall as art and actually use it?” While a life jacket-requiring flood at the Connecticut museum is unlikely, the relevancy of her hand sanitizer installation today strikes a chord. Though no one is able to reach the work at the museum, the artist has a new plan for getting this art out into people’s hands (literally), as she explains while finishing up the big batch she showed me how to make while we maintained an appropriate distance in the park. “I am a believer of trade economy, especially in this climate—I am happy to trade my sanitizer with anyone in exchange of bourbon,” she says, giving the mixture a last whisk before decanting it  into portable tubes. 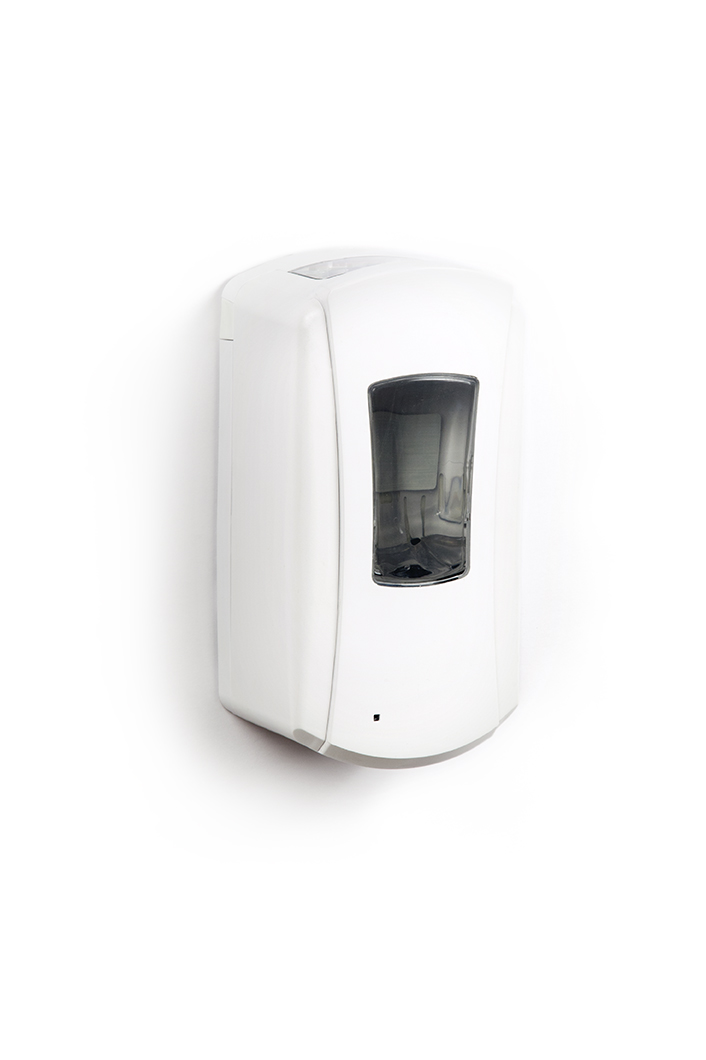