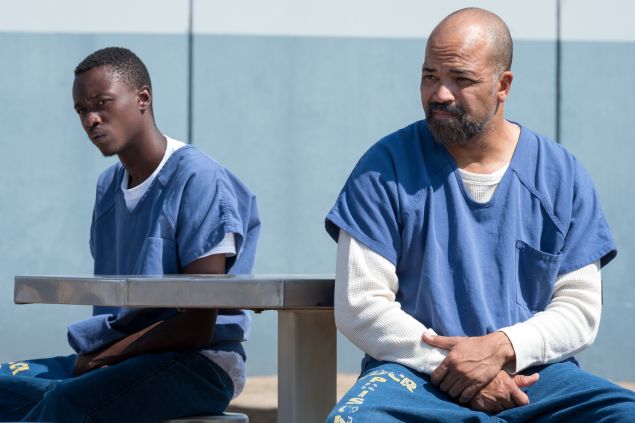 Ashton Sanders and Jeffrey Wright in All Day and a Night. Netflix/Matt Kennedy

All Day and a Night, the directorial debut from Black Panther co-screenwriter Joe Robert Cole, begins with a shocking double murder. After a title card, that moment is immediately followed by the mother of one of the victims giving an impact statement at the convicted assailant’s sentencing hearing.

The sequence ostensibly sets up the central mystery of the movie: why did Jahkor (Ashton Sanders from Moonlight and The Equalizer 2), the young man who sits before her with downcast eyes and wearing an orange jumpsuit, kill two people he barely knew? “That’s all I want to know,” the woman pleads. “Why?”

Like many of the various betrayals and plot twists that occur over the course of the film, the answer to that question turns out to be somewhat less compelling than it should be. He was settling a beef on behalf of a local drug dealer friend named Big Stunna (Watchmen‘s Yahya Abdul-Mateen II) and also had a deeper, more personal reason tied to his shattered childhood. But the way that Cole squeezes, manipulates and plays with time in this moment and dozens of others—sometimes disregarding its seemingly irrefutable laws all together—is utterly fascinating and helps to keep the film absorbing even when its plot contrivances don’t always add up.

SEE ALSO: ‘The Last Dance’ Is Now the Top Documentary Series in the World

Time is a centrifugal force in the movie, swirling in on and pulling its characters down until it finally collapses in on them, keeping them locked in their circumstances and in patterns of poverty and incarceration.

Jahkor’s childhood trauma is constantly returned to, both via flashbacks (Jalyn Hall plays him as a child) and as a motif in the film. On his way to his murder victim’s house, he spots three boys dancing and playing in a yard. As he pedals a borrowed bike to angrily confront his pregnant girlfriend (Shakira Ja’nai Paye) about her sexual history, he is joined by children on bicycles; for a brief moment, it feels like the very picture of juvenile California innocence, almost like a scene out of E.T. 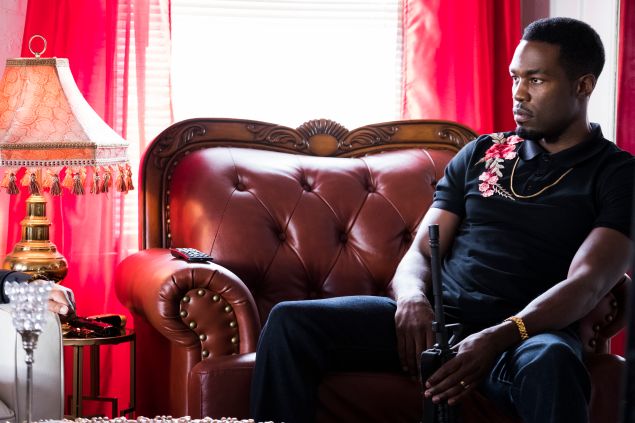 Yahya Abdul-Mateen II in All Day and a Night. Netflix/Matt Kennedy

The pain of his childhood isn’t so much a part of Jahkor’s memories as it is his ever-present prison-mate—almost literally. His father J.D. (Jeffrey Wright), a drug addict whose unsteady presence in Jahkor’s life was mainly marked by abusive discipline, is serving a life sentence alongside his son. More consistent forces in Jahkor’s upbringing were his besieged mother Delanda (Kelly Jenrette, a surprise Emmy nominee for her guest appearance on The Handmaid’s Tale) and his church-going grandmother (a remarkable Regina Taylor). Both women bring such exactitude to their characterizations that you wish Cole had found a way to carve out additional screen time for them.

Cole’s overarching theme of time drifting, folding inward and ultimately dooming the fathers, sons, mothers and daughters of All Day and a Night is hugely aided by the manner in which he frames these ideas visually. Working with the young Canadian cinematographer Jessica Lee Gagné, who shot the Ben Stiller-directed miniseries Escape at Dannemora, Cole’s visual palette includes luxuriously long takes (one—in the middle of the film—of a house party that becomes a block party is a real stunner) and deep shadows. Once the violence ramps up in the film’s last third, you become less interested in who is shooting and stabbing whom than with the artistry with which it is presented.

But more than simply being a showcase for violence, what All Day and a Night presents with intimate and devastating authority are the sad rituals surrounding gun death and poverty that mark life for too many. The memorial t-shirts, the funeral where someone brings a baking tin of mac and cheese, even the language of oppression are captured with a profound depth of feeling and understanding.

What ends up sticking with you is not so much why Jahkor did what he did than the quotidian details that pushed him towards that moment—those everyday heartbreaks and injustices that made him a prisoner well before he was ever locked up.

All Day and a Night is available on Netflix as of May 1. 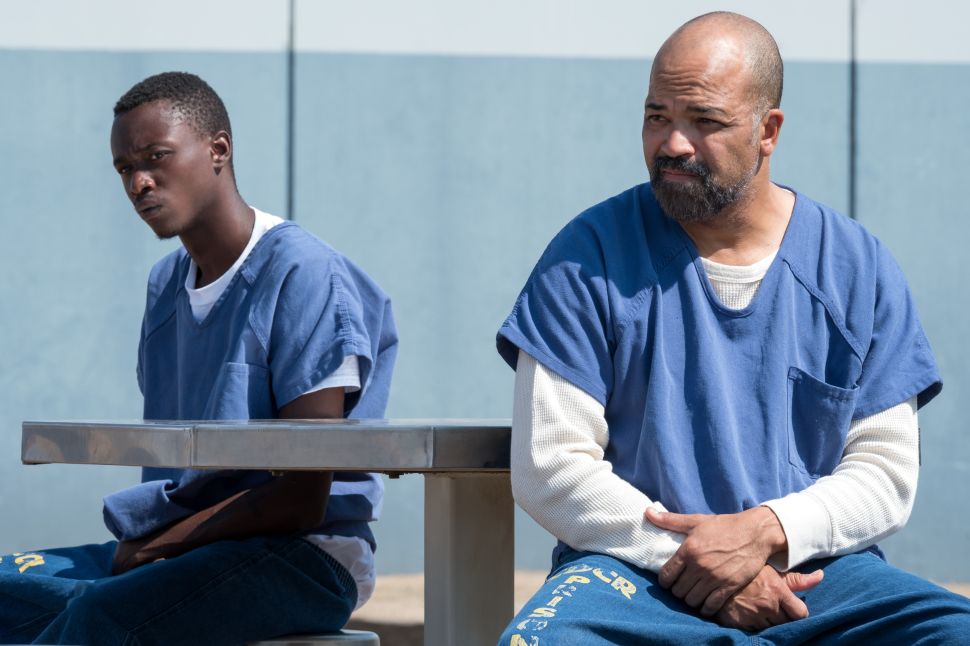