During a pandemic, there’s something hyper-realistic about natural scenes that used to read as simply boring. Going to the park, once an activity New Yorkers enjoyed mostly during the summer if at all, has now become a wild ride akin to dropping acid at a music festival: every person who gets too close could be a threat to your health, and every spring flower bud blooming from a mossy branch looks as beautiful as an apocalyptic sunset. Andy Warhol was an artist best known for his plasticine pop images, but he also took photographs of nature. Some of these are about to go up for auction from Christie’s and the Andy Warhol Foundation, so that the latter can use the proceeds to provide emergency relief to artists who’ve been affected by the coronavirus.

The online auction, which will go live on April 28, features a total of 60 of Warhol’s fascinating snapshots of daily life, which he recognized to be just as rich with meaning as the slippery-smooth surfaces of cans of soup. Like the rest of us, Warhol took many close-up photos of dogs and cats; capturing the creatures both while they were playful or in repose. He also photographed mountains, rocks, trees, American flags, the ocean and himself.

The works included in the auction were selected by Michael Dayton Hermann, the director of Licensing, Marketing and Sales at the Warhol Foundation in coordination with Christie’s. “We are delighted to work with Christie’s to enhance the Foundation’s ability to continue to invest in society when it needs it most,” Hermann told Observer. “This unique sale focuses on works that celebrate Warhol’s uncanny ability to draw attention to the inspiring artistry of ordinary life.”

But it’s even more complicated than that. Warhol understood that ordinary life didn’t often seem inspiring, but rather that it had to be examined very meticulously in order to reveal itself as so. If you’re someone who’s been staring at the walls of your apartment lately, waiting for them to come alive, look closer: you might start to notice some cracks. 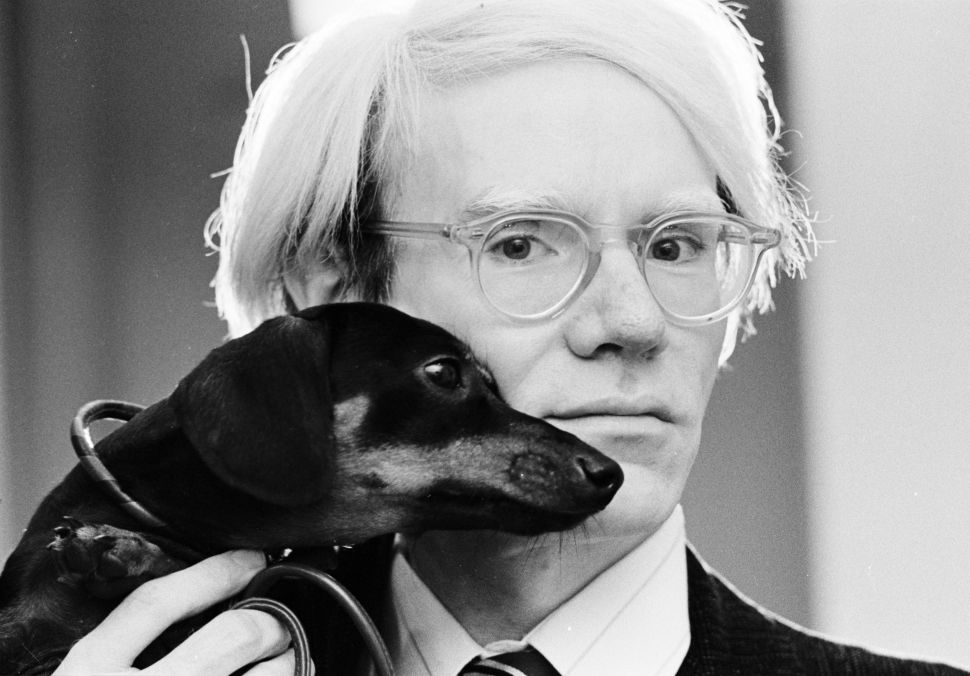