Last Friday, Apple and Google, the world’s two largest developers of smart phone operating systems, announced an unusual collaboration to develop a COVID-19 tracking system that aims to notify people when they may have been exposed to the virus, and if done well, could effectively contain the pandemic and get us back to normal life.

“Since COVID-19 can be transmitted through close proximity to affected individuals, public health officials have identified contact tracing as a valuable tool to help contain its spread,” Apple said in an announcement.

SEE ALSO: USPS Is in Dire Straits Due to COVID-19—Unless Trump or Jeff Bezos Bails it Out

The joint project is only days old and the details are not yet entirely clear. The central idea is that the system will use bluetooth on cell phones to measure how far their owners stand from one another. When a person has stayed too close (less than six feet, for example) from someone with COVID-19 for too long, the system will alert them that they may have been exposed to the virus.

On Monday, representatives from Apple and Google hosted a press call to share more specifics and answer questions about the project. Here’s what we know so far:

Apple and Google plans to launch a two-phase system: the first being APIs (compatible with both Android and iOS) that public health authorities can incorporate into their own apps and the second being an operating system-level platform—meaning that your phone will track your distance even if you haven’t download the relevant apps from public health authorities.

The two companies expect to release the phase-one APIs in mid-May and the operating system-level functionality in the following months.

At the API level, phones with relevant apps installed will periodically transmit a randomized and anonymous identifier to nearby devices. When a person using the system tests positive for COVID-19, they can choose to submit their phone ID code to a central database, so that when your phone checks back with that database, it can notify you if there are any “infected” devices nearby.

The idea makes sense, but the system’s opt-in nature leads many to wonder how well it will work. “The system relies on voluntary participation, which has generally been weak,” wrote Verge’s Casey Newton. “And the Bluetooth technology on which the system depends carries with it a high potential for false positives: it’s just not powerful enough to distinguish between cases where people were in very close proximity from ones in which they were 15 or more feet away.”

Apple conceded that the accuracy of bluetooth-based distance tracing “continues to be a subject of exploration” as it depends on a number of factors, such as where a person carries their phone and how the phone orients.

Privacy, obviously, is another major concern. Apple stressed in a written statement that “privacy, transparency, and consent are of utmost importance in this effort.” Company representatives explained on Monday that the system won’t use location data and that the randomized identifiers will change every 15 minutes to prevent tracking by third parties. 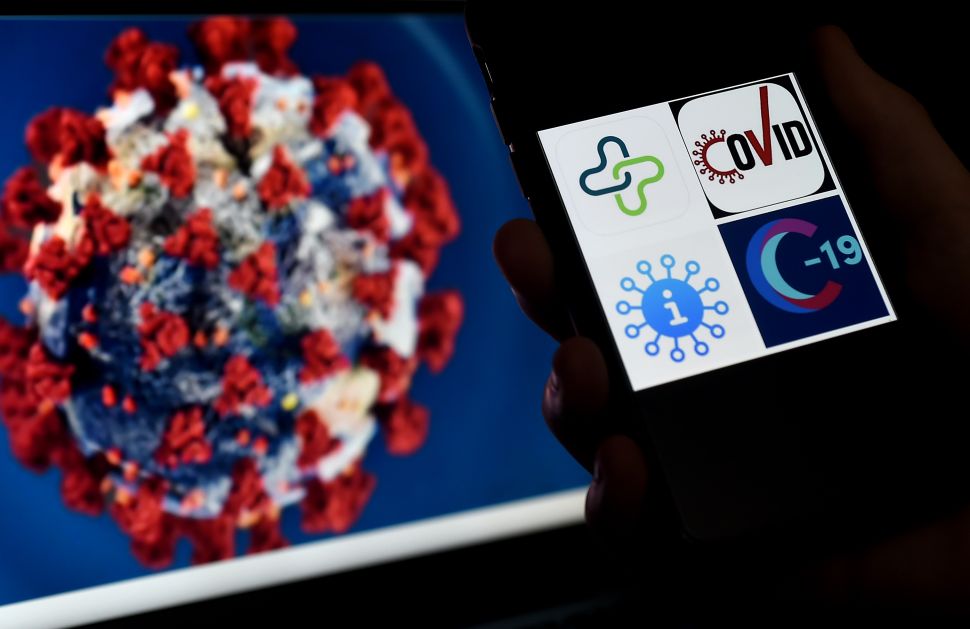