Earlier in April, a coalition of arts grantmakers announced the launch of Artist Relief, an emergency fund for American creatives hit hardest by the financial and structural fallout of the coronavirus. With an initial pot of $10 million in seed money, the fund was set up to award 100 qualifying artists a week with a $5,000 grant through September 1; the pot has since been supplemented with $1.1 million in new donations. But now that Artist Relief’s first funding cycle has concluded, the organization is reporting that since applications opened on April 8, over 55,000 people have applied for the grant, indicating a stark collective need for financial assistance that has yet to be fully met by the government.

Additionally, over 11,000 people have responded thus far to the COVID-19 Survey for Artists and Creative Workers, which was designed by Americans for the Arts as an accompaniment to the grant application. Initial results spell out harrowing circumstances for the country’s most vulnerable arts workers. Of those who responded to the ongoing survey, 52.6 percent said that they’ve had to “cancel contracts, furlough or layoff workers, and/or delay payments” because of the pandemic. A staggering 95 percent answered that they’ve experienced a loss of income due to COVID-19, and 52.2 percent said that they currently have no savings to dip into to tide themselves over until help arrives.

Thus far, on a federal level, help for creative workers has been difficult to come by. On Thursday, the House of Representatives voted on a new interim coronavirus bill that’s designed to include an additional $310 billion in relief for small businesses, but it’s clear that independent artists and freelance creatives are going to need policy language that’s tailored more specifically to their livelihoods in order to secure long-term protection.

“Artists are three and a half times more likely to be self-employed than any other sector out there,” Narric W. Rome, the vice president of Government Affairs and Arts Education at Americans for the Arts, told Observer. Forthcoming iterations of the CARES Act should therefore strengthen the definitions of who is eligible for funding so that relief can be more efficiently distributed. “For the arts, when we’re talking small, we’re talking ‘micro-business’ as a term that is used,” Rome said. “Certainly ‘self-employed,’ ‘gig workers,’ ‘independent contractors.’ It could be one person, or it could be a handful of people working various shifts. Think of everything from sculptors and glassblowers to craft-makers with Etsy storefronts. The entire breadth of creative endeavors can be very small but they can also be revenue-producing, and be done in every community in the country.”

“Looking ahead to this next CARES Act, we’re going to try and underscore the micro side of things,” Rome continued. “The creative economy is chock full of small businesses far below 500 people.” For every national hamburger chain currently receiving a hearty stimulus check, there’s a movie theater in a rural town that’s having to shut down permanently and a photographer wondering how she’s going to pay rent in May. Unless the government radically overhauls its methods of stimulus distribution, programs like Artist Relief are going to continue to be deeply necessary for the foreseeable future.

Correction: An earlier version of this story stated that over 60,000 people had applied for the Artist Relief grant. In fact, it was over 55,000. Similarly, the post has been updated to reflect the fact that Artist Relief has received $1.1 million in new donations, not $500,500 and that the survey has received 11,000 respondents, not 9,000. 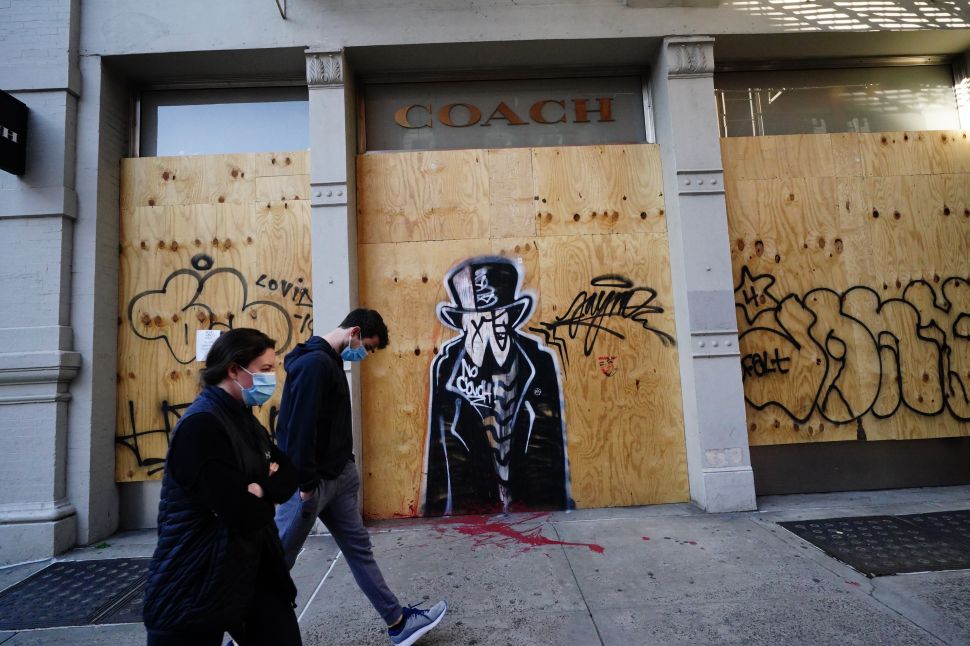