We find ourselves in a strange moment in time, one that requires us to remain isolated. And while the world as we know it is on standby, we must still fill our days and try to earn enough money to get by. Some people are fortunate enough to do their work from home, others have been furloughed until normalcy returns, while many have been laid off entirely. Creatives find themselves in an odd position where they can, at least in theory, continue to produce art in the spaces in which they live. The internet is full of suggestions on what to do while self-isolating, how to pass the time, though the myth of the artist suggests that creatives are quite used to being isolated, and are minimally affected by it. The truth in where this perception stems from is actually far more interesting than the fable of the tortured, reclusive artist that it spawned.

Voluntary isolation has been a good way for artists, historically and today, to find peace to create, away from the rumors, bureaucracy, and general “noise” of life. Renaissance architect and artist (and the godfather of art history) Giorgio Vasari liked to go to a monastery in rural Tuscany where, as he wrote, “I could have found no better place to know myself.” It was on one of his first visits there, a period of two months, that he painted a Virgin and Child with Saints John the Baptist and Jerome and this led the monks to commission a whole altarpiece from him.

During this time, those who were able were leaving the crowded cities where a plague was quickly spreading. Retreats to farms, monasteries, and rural settings, away from groups of people, was one of the best preventative measures against disease—doctors, at that time, were ill equipped to recommend other proven measures of protecting oneself. In cities, and vinegar were considered antiseptics. Transactions at stores were confined to placing coins in a bowl of or vinegar and sliding the coins through a slot in a shop door, after which the shop owner would slide goods back to the purchaser. Fierce prayer was also considered a good defender against illness.

Artists, historically, have been able to create works in self-isolation if it was related to avoiding illness, but not if it was about avoiding war and in siege situations. During such times, nerves were so wrought and material unavailable, that artistic production tended to be hugely limited or non-existent. In fact, most artists were re-assigned to roles as military engineers in such circumstances, with the likes of Leonardo, Benvenuto Cellini and Vasari all fulfilling this role in times of conflict.

It is in part thanks to the legacy of Vasari that we have this myth of the isolated creator, through his influential 1550 book, The Lives of the Artists, which depicts “the artist” as someone who lives on the periphery of society (literally or metaphorically). The subsequent cliché it spawned has served to elevate the private lives of some artists to a level of fame beyond even what their work attains. The prime example is Vincent van Gogh, that shoe-eating, ear-slicing crazy genius who shunned the cafes of Paris—which is where everyone who was anyone in the art world would hang out—and moved to Arles, in the deep south.

Van Gogh is the poster boy for the tortured, isolated, ignored artist, which we take to mean the True Artist. He said that his move was to get closer to the colors and away from the greys of Paris, and explained that being in complete isolation and away from people and all possible influences other than his own visions made him see things more clearly. That complete isolation helped him to be in the zone, or continuously mesmerized, as Murakami recently described the purpose of his own self-imposed isolation when writing a new book. The truth is that for many creators, a space where they can alone with their thoughts is ideal. Writers and artists regularly go on “retreats,” which is essentially voluntary self-isolation to get work done without the distractions of everyday life. Yet let’s not forget that many create in shared studios, on crowded campuses or in collaboration with others.

But something does undoubtedly happen when we invest everything we have into a longer period of full immersion into the process of making art—and little or nothing else. At the same time, in many cases, we artists push so deeply into our work that it can become invisible to us. Too often the final resolution, that click, that stroke of the genius, the breath of divinity, when everything (you included) is lifted from the floor, as magic settles upon your work, appears only when you get your face out of it and breathe a bit. Sometimes going away from the work helps us to see it all more clearly. How often has writer’s block (or other stations of the artistic cross) been magically resolved by an unplanned deviation, an unexpected binge, a love affair or just a coffee in a new place, out of the ordinary routine? So isolation is good for getting large chunks of work done. But we need the breathing space of getting away from the drawing board (literally) to make new breakthroughs, solve problems and find the grace notes that complete our symphonies (sometimes literally).

It was when Van Gogh’s sometime buddy, sometime rival, Paul Gauguin came to spend time with him in Arles that both artists really made breakthroughs and flourished. But artists can be touchy and there’s a thin line between camaraderie and rivalry. This joint sojourn turned their friendship into a disaster, and included that famous act of Van Gogh slicing his ear off, followed by Gauguin going away on a “retreat, far away “from the known civilization” as he called it—he ended up in Polynesia.

Some artists have made self-isolation into their art, not just a vehicle for making art. Chris Burden prepared a performance (Bed Piece, 1972) in which he gave strict instructions to his gallerist not to interfere with him in any way. Then he showed up at the gallery, lay in a bed inside it, and remained there, in complete self-imposed isolation, for three months. This had extra resonance for him because, after a bad car crash when he was 13 years old, he was forced to spend nine months in bed while recovering. Referencing Burden, Chinese artist Tehching Hsieh locked himself inside a cage inside his studio for a whole year (Cage Piece, 1978-1979).

It is a constant dance for artists between isolation and social interaction. When there is too much “real life” it feels like interference and we long for alone time to get our work done. But simply being alone with our work can lead to stale repetitions. Pauses and interactions refresh us and give our creative juices a chance to flow anew. We also feel that our careers are endangered if we are isolated and working for too long—that’s a post-modern concern, that you have to be “out there” in order for the art world to remember you and maintain your relevance.

There is no straightforward answer to the balance of isolation vs. socialization for artist, but we appreciate the freedom to choose. Choose when to isolate, choose when to engage. It is a process, a constant act of wire-walking.

So the question becomes, now more than ever, does isolation mean I will make better art, or does being immersed in the social vortex not only open up my chances to be seen, but make my art better and more relevant? The answer is both. It is highlighted now, because we cannot dive into the social vortex, aside from on social media, which provides the “remember me” effect but does not offer the positive, refreshing distance from your work that allows you to cook up new ideas and add icing on the cake of old ones.

Artists like to jump into extremes. To sail as far as possible from everyone at times, while immersed in all possible corners of contemporary art’s big, complex and varied parallel projects, exhibitions, collaborations, publications, presentations and lectures. Artists want to show what we have done while we were in one of our secret caves, or to show that now we can only work when floating in an ocean of information and availability…until we can’t wait to get away again, so we can take a breather and appreciate it all. There are many clichés about artists, but one is certainly true: Whether embracing extremes or not, they are a complicated bunch—and better we are for it. Without their creative attempts to understand themselves and the world, we would all be much poorer. 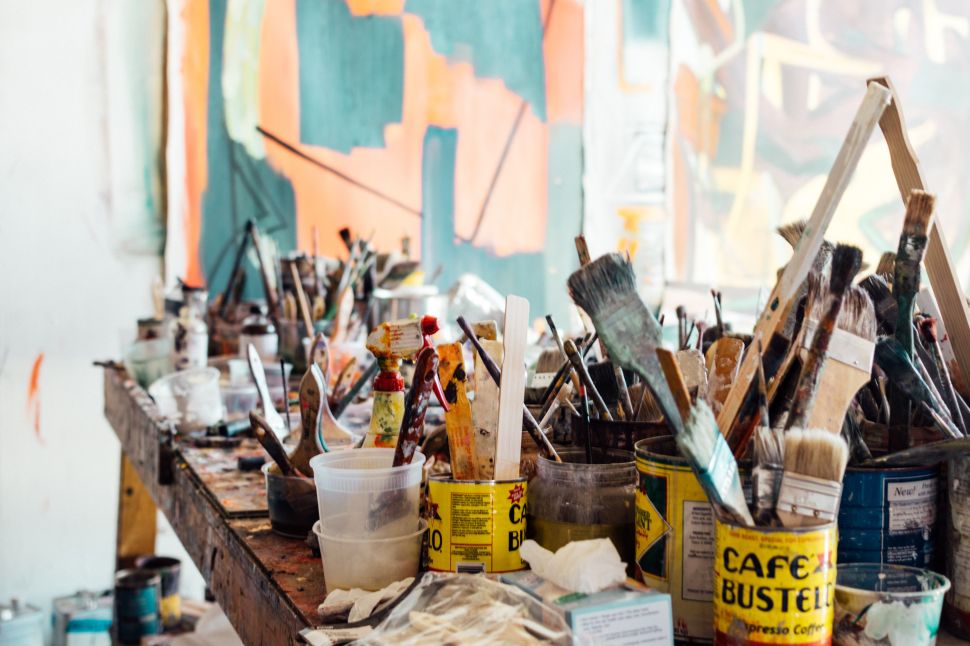