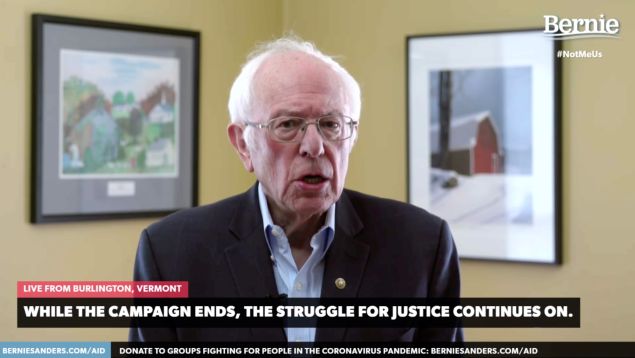 Bernie Sanders announced he is suspending his presidential campaign on April 8, 2020. berniesanders.com via Getty Images

On Wednesday afternoon, Senator Bernie Sanders officially suspended his campaign to be the Democratic nominee for president in 2020, striking a blow to the hearts of his millions of American supporters. However, displaying the magnanimous spirit that’s defined his message of inclusivity and dignity for all, Sanders took a moment right at the top of his suspension speech to thank the creatives who helped make his campaign possible. “I also want to thank our surrogates, too many to name,” Sanders said. “I can’t imagine that any candidate has ever been blessed with a stronger and more dedicated group of people who’ve taken our message to every part of this country, and I want to thank all of those who made the music and the art an integral part of our campaign.”

Indeed, Sanders was supported by a nearly-unprecedented number of artists and creative professionals who went out of their way to host events in his honor, including musical acts like Vampire Weekend and Bon Iver. Additionally, in February, an organization entitled Artists4Bernie released an open letter that had been signed by over 600 famous artists who were officially aligning themselves with the Sanders campaign, including Nan Goldin, Kara Walker, Ryan McGinley, Hannah Black and many others.

“Artists and cultural producers are largely precarity laborers–often struggling without benefits, financial security, at the whim of the market,” the open letter read in part. “These fields are therefore more inclined to attract people who are already privileged, at the expense of the less privileged—and, often, more talented. Medicare for all, universal childcare, canceling student debt, and free public college, are just a few of the progressive changes that we support for their soundness and logic, that will spill over into a more equal cultural sphere.”

In light of the pandemic that’s swept across the world, exposed the extreme flaws in the American healthcare system and catapulted many creative workers into financial catastrophe, the Artists4Bernie letter feels even more relevant. Sanders’ acknowledgment of artists explicitly carried impact, even though his campaign won’t continue. He may never be president, but artists will continue to fight for the rights of the collective. 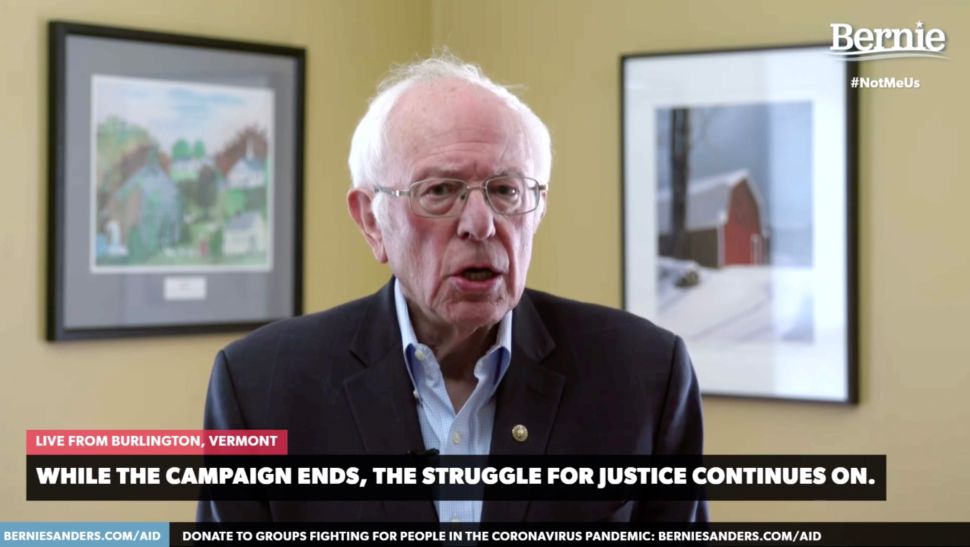